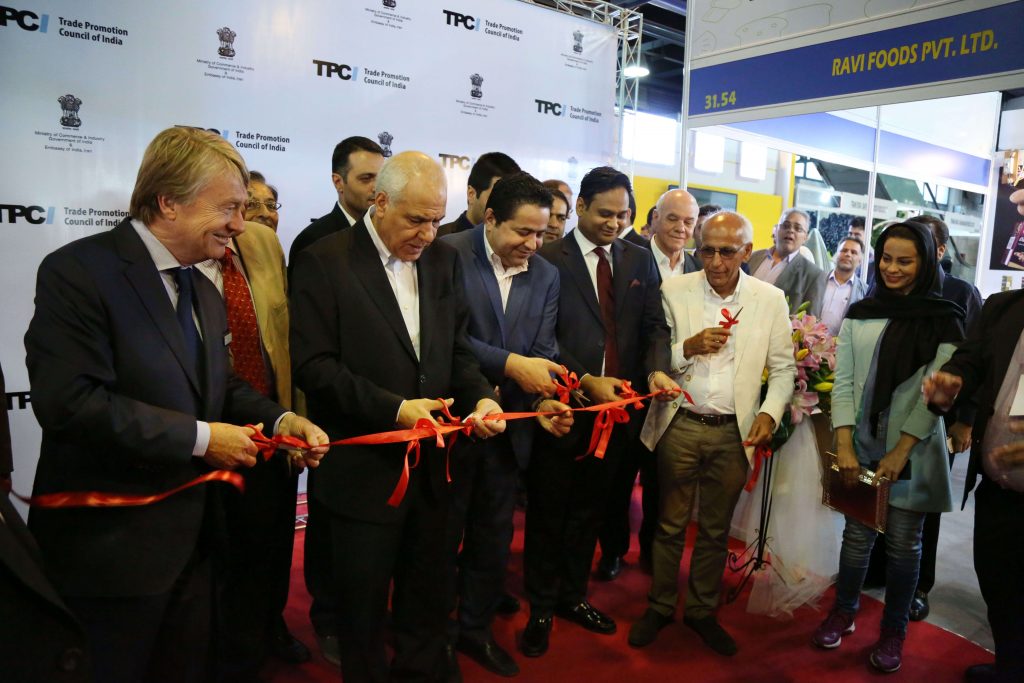 23rd edition of the Iran Food + Bev Tec & Iran Food & Hospitality, Tehran was held at the Tehran International Fair Grounds from 30th May to 2nd June, 2016. The show was jointly organized by the German giant fairtrade and Palar Samaneh Co., with a participation of 633 exhibitors and 40,000+ visitors, from more than 40 countries, including 11 National Pavilions it been the best and the biggest ever.
The Indian Pavillion in the show was inaugurated by Mr. Esfabodhi, Vice-Minister at the Iran Ministry of Trade, Industry & Mines, and the CMD of Iran International Exhibitions Company (IIEC).
The Indian Embassy of Iran, represented by the Counsellor (E&C) Mr. Sushmit Biswas and Second Secretary, E&C Mr. Rohit Wadhwana addressed the exhibitors at the TPCI India Pavilion on the tremendous potential of India-Iran trade in the times to come.
The India Pavilion organized by TPCI, brought together 66 India’s companies in the event, the highest at this event of all the editions held till date. TPCI ensured their effective participation, allowing the exhibitors to network and cross-fertilize valuable synergies.