Chairman TPCI discusses expansion of bilateral trade with the Vice Minister of Ministry of Industry and Trade, Vietnam 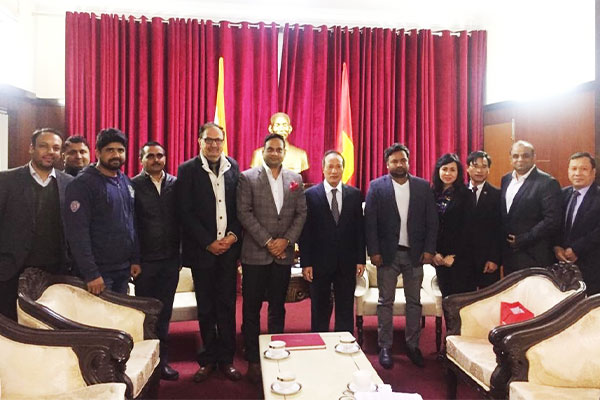 Chairman TPCI invited Vietnamese companies to collaborate in areas of furniture, food and toys where India has huge potential. Both side agreed to further bilateral trade cooperation.

Also, Vietnamese Minister showed keen interest in the participation of IndusFood next edition. Vietnam has agreed to put separate pavilions in Food and Tech both sections of IndusFood2021.

TPCI also organized the B2B meeting with the Vietnamese companies, in the sideline. The Indian participants included representatives from Mother Dairy, Lots Wholesale, Om Shree Subh Labh, etc. from the food sector. The Embassy of the Socialist Republic of Vietnam avails itself of this opportunity to renew to the Trade Promotion Council of India the assurances of its highest consideration.

Mr. Cao Quoc Hung, Vice Minister of Ministry of Industry and Trade, Government of Vietnam was on trip accompany the Vice President of the Socialist Republic of Vietnam to pay an official visit to the Republic of India from 11th to 13th February 2020.

Enquiry for Chairman TPCI discusses expansion of bilateral trade with the Vice Minister of Ministry of Industry and Trade, Vietnam