Year of reckoning: Learnings for Indian startups from 2022.

After a robust first quarter, 2022 proved to be a sobering year for India’s startup ecosystem. While players in specific sectors may continue to struggle in a difficult environment, it may also unfold a new chapter for Indian entrepreneurship in 2023. 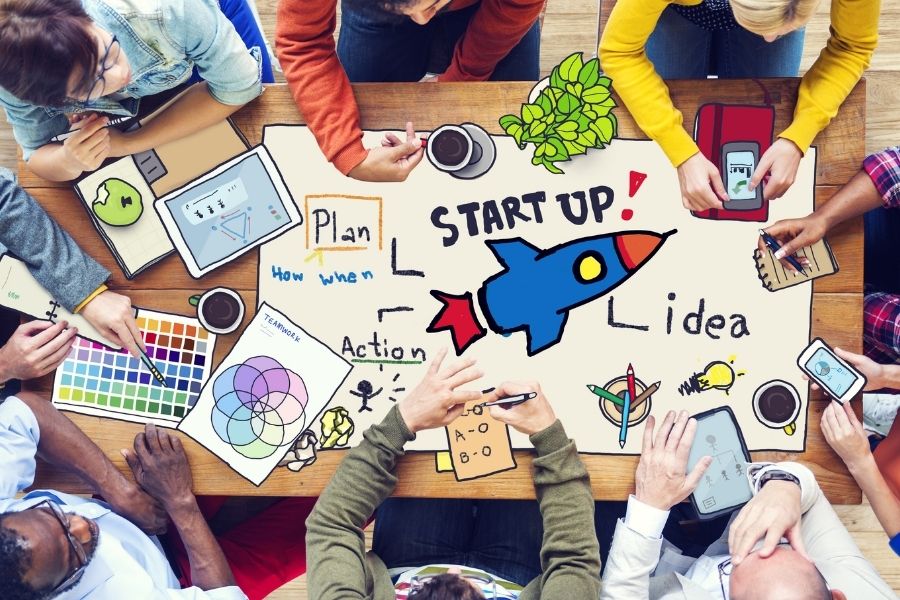 While the pandemic led to survival battles for many startups in 2020, it also fuelled a major shift in focus and a surge in optimism towards digital first business models. The impact of that was visible in 2021, when startup funding grew to US$ 42 billion, a jump by 265% YoY according to Orios Venture Partners. Around 1,436 startups were launched in 2021, which saw the participation of 2,487 unique investors.

But after the heady numbers of 2021, the Indian startup space witnessed a sobering year in 2022, where Indian startups only received around US$ 25 billion worth of funding, a decline by 40% YoY. The year created 21 unicorns, plunging by 50% YoY. According to Inc42’s Annual Indian Startup Funding Report, a major correction was seen in growth and late stage startup valuations, even as seed funding continued to attract investments.

The year started on a promising note indeed, as 13 startups (valuation > US$ 1 billion) attained unicorn status in the first three months itself. But the second quarter saw a dramatic turnaround for the worse, due to global macroeconomic and market uncertainties, post the Russia-Ukraine war. The entire H1 2022 saw Indian startups receive US$ 19 billion in funding across 900 deals. Out of this, Q1 2022 contributed over US$ 11.7 billion, while Q2 contributed US$ 7.3 billion (as per data till June 25). This is the lowest quarterly funding amount over the past year. Ironically, the first half also witnessed 49 mega deals (over US$ 100 million), a record for any six-month period since 2014.

Due to the onset of this ‘funding winter’, Verticals ranging from edtech to e-commerce and health-tech have fired thousands of employees in recent months. The slowdown can be attributed to rising inflation & interest rates that followed the surplus liquidity & easy credit. Factoring in the unstable geopolitical conditions & weak IPO market has also kept stakeholders cautious in deal making.

Global venture funding reached US$ 22 billion in November 2022, dropping by 69% YoY. It also showed a decline by 19% on a month-over-month basis according to Crunchbase. VCs as well as investors appear to be doing a lot more due diligence of companies they want to invest in as well as ticket sizes.

Estimates report that almost 20,000 startup employees were laid off on grounds of restructuring and “cost cuts”. Startup companies shut non-performing verticals, cut marketing spending and froze fresh hiring. The edtech segment laid off the most employees, with 14 such startups sacking about 7,000 employees in 2022.

A sharp change in macro-conditions is difficult, in particular for companies who are in active fundraise right now. Even if restructuring & layoffs would seem the only viable options to entrepreneurs in such a downturn environment, it should still be kept as a last resort.

The startup ecosystem must learn to reflect, unwind, adapt & accordingly reroute its workings to build its buoyancy & capacities to resurrect. They of course need to keep up with fast moving technology trends to remain relevant for their consumers & investors. Founders should use this time to work on their respective startup fundamentals and plan ahead by optimizing their cost. They also need to gear up for bouts of economic turbulence.

As some say, this could be a short term blip to the startup valuation growth story. Yet it could unfold a new chapter in the Indian start-up ecosystem & also new avenues for entrepreneurship. Companies need to bring to the fore their capability to develop new markets. For this, existing business models need to be challenged in order to fetch new market share. This will improve the value proposition of the business to potential investors.

A self-assessment in these times will convey that the happy confluence of cheap availability & plenty of capital is not that easy to achieve anymore. Startups are not only meant to drive change, they are also supposed to successfully respond to change. This also does not mean that the rules of venture funding have changed. They have only just been rephrased. Founders need to take precautionary measures, tighten their seatbelts, focus on their NPS or net promoter score, their own customer acquisition & retention & team loyalty.

Enquiry for Year of reckoning: Learnings for Indian startups from 2022.