Dr Sunitha Raju deliberates on the WTO’s work programme post-pandemic, the dilemma of diverse concerns of developing nations, challenges faced in consensus building and proposed negotiation strategies for India. She also opines that G20 can play an important role in addressing the challenges of multilateralism and preserving the effectiveness of WTO system. 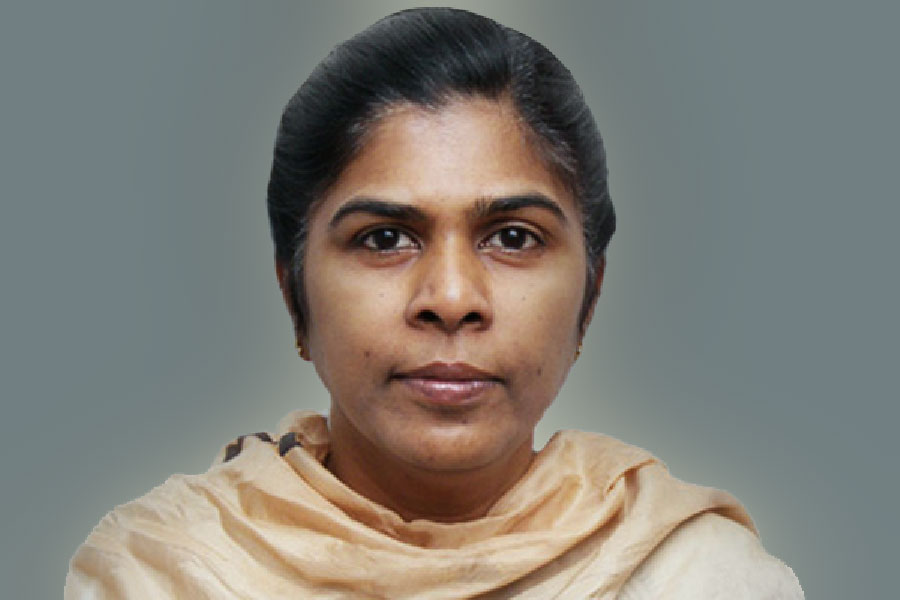 Under the changing geopolitical landscape, many countries are resorting to unilateral measures to address trade disputes. This has challenged WTO’s role in addressing trade conflicts. During the pandemic, many members resorted to export restrictions on medical supplies, personal protective equipment and later vaccines. This did not provide an opportunity for the WTO to bring in a coordination mechanism to effectively address the adverse spill over effects of these measures. Moreover, the pandemic has brought into focus the stark differences between developed and developing countries in coping with the challenge and the recovery mechanisms, which underlined the need for a global mechanism to support future shocks like this.

Dealing with the international spillovers of such national policies, global governance requires countries to agree to cooperate. It is therefore, important to recognize the need for international cooperation for governing trade issues like digital trade, investment facilitation, regulatory cooperation, climate-trade linkage and implement reforms to make WTO an effective forum for trade cooperation. This recognition should form the basis for the agenda of WTO reform.

1. Special and Differential Treatment (S&DT):  Considering that members are from different income levels, S&DT is a core principle of WTO, which ensures a balance between developed and developing countries by providing concessions in enforcement and compliance with rules. While the principle is not challenged, the lack of criteria in defining developing countries is at the core of the controversy.

The WTO has adopted UN criteria for categorizing LDCs, but developing countries are defined on the basis of ‘self-declaration’. By this provision, high income countries like S Korea have claimed these concessions in the past. Currently, China that has gained significantly in global trade is also categorized as developing country. In NAMA (Non-Agricultural Market Access) negotiations, US has challenged the developing country status of China, India and Brazil and in 2019 submitted a memorandum on this issue, suggesting criteria to be adopted for defining developing countries.

India, along with 9 developing countries and African Union made two submissions to the General Council reiterating the significance of S&DT and self-declaration and to uphold these provisions in current and future negotiations. Further, the submission also counters the criteria proposed by US. While it is credible to define developing countries on the basis of sound criteria, it is also important to recognize the heterogeneity in development issues across these countries. As such, the Single Undertaking Principle may not be appropriate to address the diverse development challenges of these countries.

For example, on the basis of aggregates, India’s GDP is third largest in the world (on PPP basis) but ranks 122 on GDP per capita. Similarly, there are many metrics where this fallacy of aggregation is evident for India. It is, therefore, important for India to focus on sectors that need support under S&DT and provide market access in the sectors that are developed.

For example, Indian agriculture is largely small scale and subsistence farming and does not have the commercial scale as is the case for developed countries. As such, India’s position on food security and support to agriculture is legitimate. Equally important is to advocate a mechanism that accommodates such support in amber box subsidies. At the same time, India should bring issues that can have serious distortionary effects on agriculture trade to the discussion table, such as subsidies provided by developed countries to agriculture. Such an approach implicitly assumes that India would be willing to bring parity in market access for sectors that are relatively competitive like the services sector. 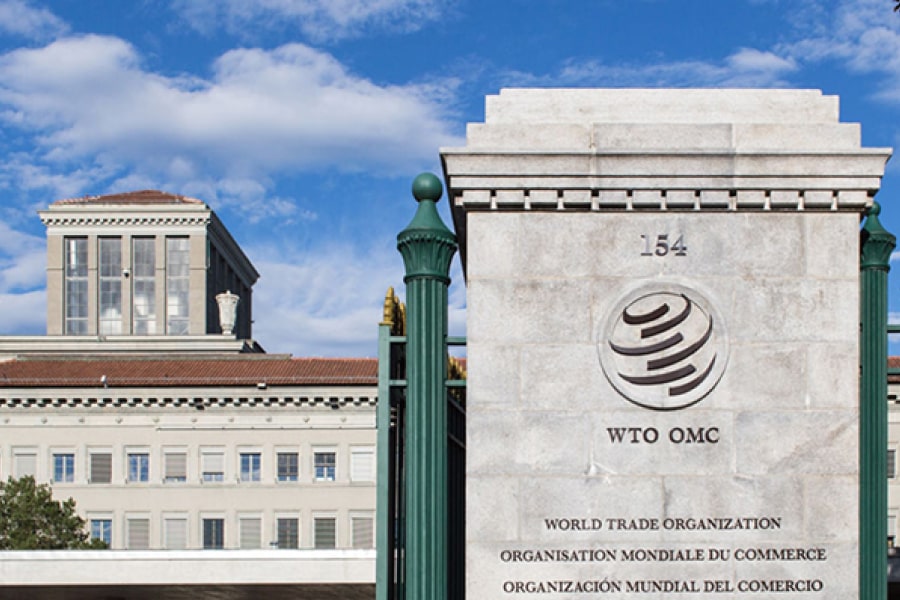 What this means is to bring in ‘Differentiation’ in various Agreements and design S&DT in terms of specific individual country needs at the sector level.  For example, India and Bangladesh are both categorized as developing countries in WTO. For concessions on services trade, Bangladesh would be entitled for concessions under S&DT.  But, for agriculture policy disciplines, India and Bangladesh would both be eligible for concession under S&DT (Khurana & Sahai, 2021). This approach to address the disparity in development on issue-specific basis has been implemented in Article 27 of the Agreement on Subsidies and Countervailing Measures. Per capita GDP and export competitiveness were used to determine the application of export subsidy  disciplines (Hoekman, 2021). Therefore, for India to retain its developing country status, it is important to prioritize development issues at sector /activity level and define mechanisms for trade linkages.

2. Rule Making Through Consensus:  The WTO governance model of ‘Consensus’ decision making has often resulted in deadlocks due to wide differences between developed and developing countries. This has not only reduced the effectiveness of WTO as a forum for trade cooperation but also resulted in repercussions like members shifting to bilateral and regional trade cooperation and the rising significance of Plurilateral Agreements. Further, the operations of WTO have also been constrained by ‘Consensus’ decision making. For example, the appointment of Director General of WTO was blocked by US and S Korea in 2020 and the current crisis in appointment of judges to the Appellate Body is also a fall out of the consensus model.

While the member-driven consensus approach is important, it should be applied mainly for substantive rules that apply to specific trade related policies. Other approaches can be explored for contentious policies/issues like domain specific plurilateral agreements. Similarly, for cross issue linkages for Agreements, plurilateral agreements can provide a viable option. For example, when countries use border taxes and subsidies to address global market failures like climate change to provide level playing field for domestic industries that compete with imports and control carbon emissions, analysis of the negative spillovers of the policies requires domain specific cooperation that can be brought in through plurilateral agreements (Hoekman, 2021). When member stakeholders participate in these policy dialogues under the WTO platform  and arrive at Agreements with provision for other members to join, this can emerge as a viable alternative for trade cooperation.

3. Transparency And Monitoring:  Members’ notifications is the main information used by WTO for deliberations in  WTO committees and councils. The coverage gaps in these notifications is a reality. US’s cross notification on Chinese subsidies not evident in member’s notification is a clear case of data discrepancy, which is compounded  by the delay in submitting notifications.

Global Trade Alert reveals that subsidies provided by countries are much more than what is notified (Evenett,2019), the extent of this was clearly brought out during the Pandemic. Figure 1 shows that country level trade policy interventions are higher than those notified. This has peaked in 2021.  Amongst these policy interventions, subsidies are the most pervasive instruments used as brought out by Figure 2.

Improvement in transparency requires access to complete and relevant information on policies affecting global trade and competition to understand trade dynamics and promote effective policy dialogues in the WTO. This provides a common understanding of the issues and can facilitate trade cooperation. As such, it would be important for WTO to promote cross notifications by countries, collaborate with multilateral organizations like World Bank, IMF, UNCTAD, ESCAP for data support.  With such support it would be prudent for WTO to evaluate the spillover effects of trade policies of member countries, as against the current role of monitoring. This can be one of the agenda items for WTO reform.

4. Dispute Settlement: Adjudication of trade conflicts is an important function of WTO. This determines the sanctity of negotiated agreements and thereby influences future negotiations as well. Although there are criticisms on jurisdictional parameters, the non-functioning of Appellate Body since 2019 is a hurdle that needs to be overcome. Dialogue among members and building mutual trust is necessary for making the multi-year review of Dispute Settlement process effective. In this regard, the importance of first stage panel process and the role of WTO bodies and Secretariat is important for de-politicizing the dispute settlement. 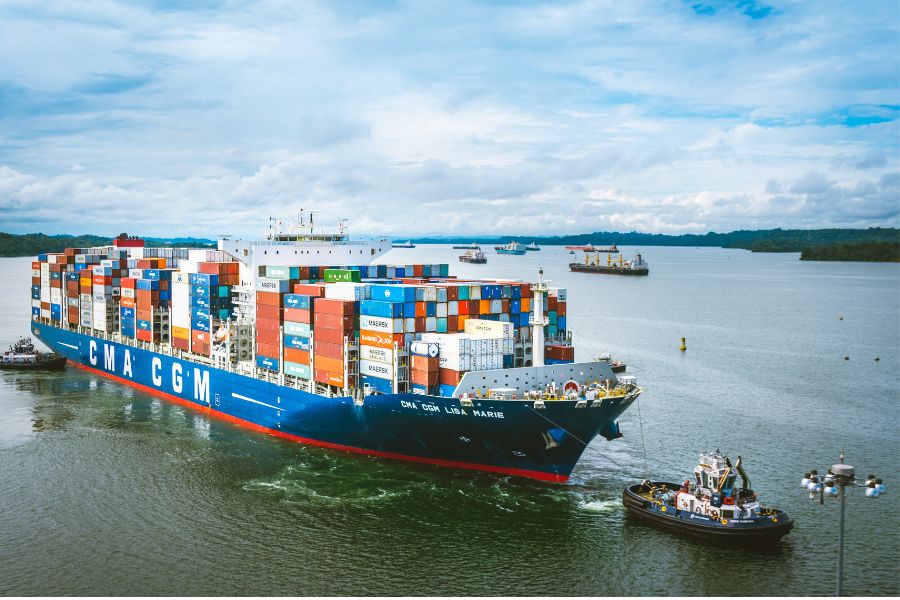 In the backdrop of the above controversies, the statement made by the Minister of Commerce and Industry, at the recently concluded MC12, is as follows:

“While India supports WTO reform to address the crisis of Appellate Body, other suggestions proposed by countries would fundamentally change the institutional architecture thereby skewing the system against the interest of developing countries.

The tradition of decision making by consensus and the commitment to development underlying the multilateral trading system are sacrosanct. We must ensure that the multilateral rule making is neither bypassed nor diluted.

On the other hand, it must be reaffirmed that the body of developing countries is represented by members at different stages of development having diverse concerns and priorities, wherein drawing a common shared goal or mechanism would be difficult. The effort should be to address specific trade concerns of members and work through sectorial concessions through dialogue and build mechanisms to match S&D provisions to the different needs of developing country members. The Single Undertaking Principle may not be able to accommodate the diverse needs of developmental concerns of this group. 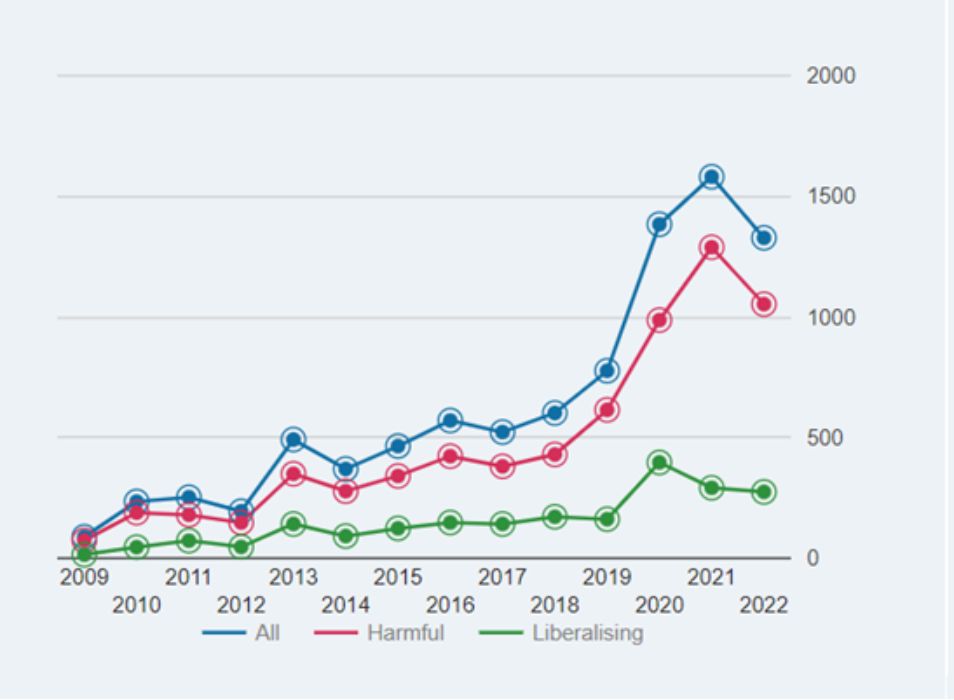 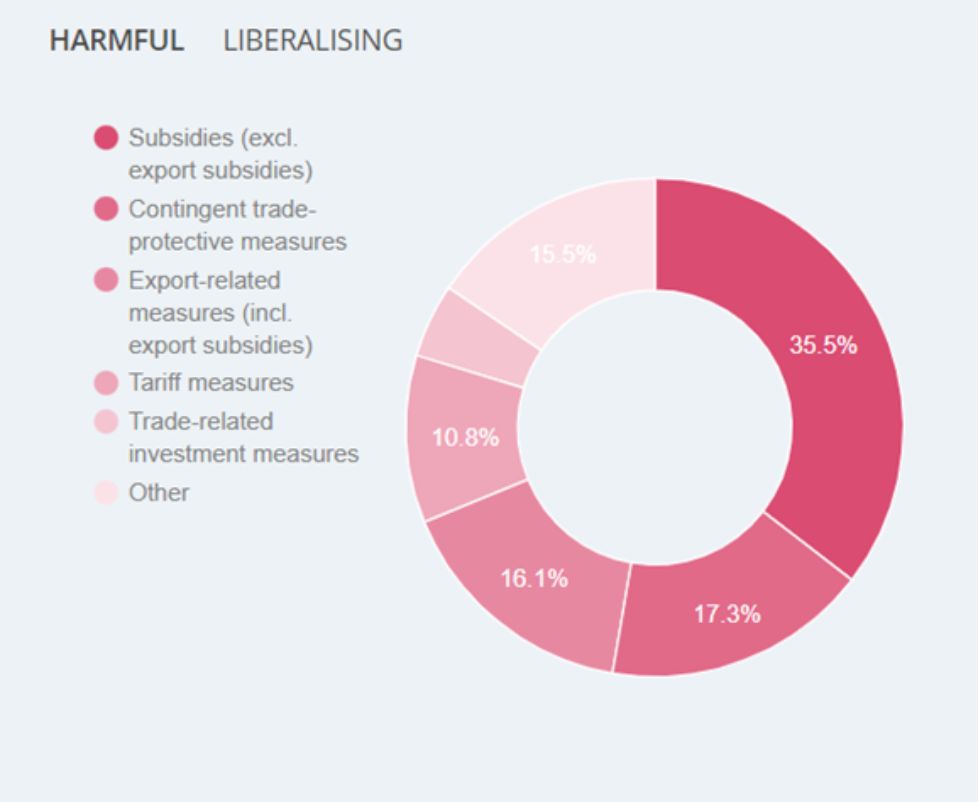 Second, the challenges posed by new areas emerging in global trade dynamics can have far reaching implications for the development goals of these countries, particularly India. For example, cross border digital trade (E-Commerce) accelerated following the pandemic in both business-to-business and business-to-consumer engagements across countries. Leveraging this for building operational resilience and building businesses has brought into focus the need to keep pace with the changing technology frontier, building digital infrastructure, cyber security, skill development, regulation and international engagement.

The government’s role in these domain areas is critical and considering the variations in development across countries, engaging in dialogue for designing mechanisms for better access is necessary. Countries have engaged in plurilateral discussions on this issue and India has not participated in these discussions. Considering the significance of e-commerce for India’s growth, this exclusion in global engagement can inhibit growth prospects.

And third, G20 has an important role in addressing the challenges of multilateralism and preserving the effectiveness of WTO system. With membership of both developed and developing countries, G20 can emerge as a dialogue platform for resolving controversial issues. With India poised to take over the Presidentship of the group, India’s leadership in facilitating coherent discussion in identifying differences and priorities and examining workable solutions will be important.

In this regard, the Trade and Investment Working Group can engage with governments and business representatives and an approach for dialogue can be developed for controversial issues like S&DT, Non-market economy, Subsidies, SOEs and simultaneously work on mechanisms for coping with contingencies like the pandemic. Overall, the effort should be to facilitate WTO to engage in appropriate global trade governance.