Winning the war against food inflation

Food inflation is one of the major drivers of Consumer Price Index, which is having a predictable impact on RBI’s monetary policy. India needs to address the structural inefficiencies that drive the rise in food inflation, to control disparities in price and availability of food across states. 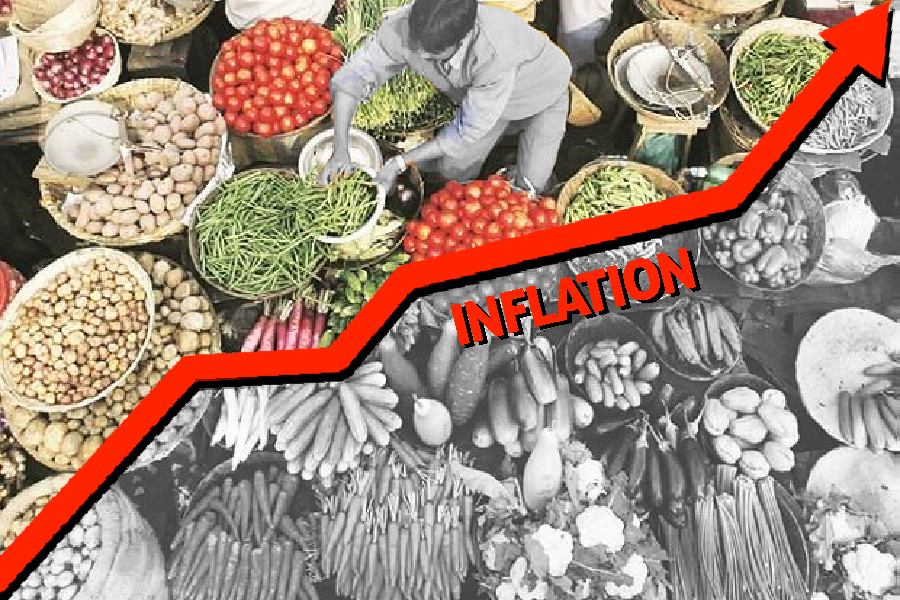 High inflation in the country is having its expected impact on the RBI’s monetary policy approach. The current repo rate was kept unchanged at 4%in the recent Monetary Policy Committee (MPC) meet. The MPC is looking for signs of easing inflationary pressures before focusing on economic growth.

The central bank cuts down interest with the purpose to boost spending in the economy, which in turn increases economic activities. However, a lower interest rate also contributes to a rise in inflation. A cut in interest rate discourages consumers to save more, because savings become less profitable. As a result, more money goes into the market and inflation rate rises. In place of further rate cuts, the central bank has made some other adjustments, including alteration in risk weights and reducing the cost of creating credits for the commercial banks. The RBI has projected the inflation rate to ease back to 4% in Q4 2020. Source: Ministry of Statistics and Programme Implementation, for the period April 2020- September 2020

Since rate cuts are critical at this juncture, it will be prudent to look at other drivers of inflation, especially when it comes to a sensitive category like food. One of the major drivers of the inflation in the Indian economy is the rise in the food prices. As per MoSPI estimates, Consumer Food Price Index (CFPI)-based inflation rate for September 2020 is estimated at 10.68%, compared to 9.05% in August. The inflation rate for vegetables has been the highest at 20.73%. Other leading products contributing to high food inflation are meat and fish (17.60%), eggs (15.47%), pulses and products (14.67%), oils and fats (13.44%) and spices (11.73%).

Temporary bans on exports, as was done in the case of onions in September, are necessary at times, but not always desirable. Relying on such initiatives can dampen India’s positioning as a reliable supplier of agri products. It is important to look into structural inefficiencies that drive high prices and resolve them to ensure food inflation is kept under check.

These high food prices have been attributed to various factors such as extended monsoon, restriction in transportation and lockdowns. In Delhi, the high food prices are blamed on the elongated monsoon in Maharashtra. Vendors in Kolkata have attributed the price rise to the restricted transports. Due to shutdown of local trains, wholesalers are using private transports to transport the vegetables, which are not cheap. Also, other factors such as shortage of supply of vegetables from Himachal Pradesh have also led to rise in food inflation.

Another key reason for fluctuation in prices of food is the underestimation or overestimation by farmers when it comes to prices. For instance, in response to low prices of a certain crop, farmers decrease their production, which results in undersupply and thus rise in prices. This fluctuation in supply can be avoided if farmers can be enabled to keep track of the real time data on cultivation and market availability, which will inform them about possible changes in prices due to the size of current cultivation and reduce the uncertainty.

Prof Kushankur Dey, IIM Lucknow, emphasises, wrt the relevance of electronic trading in this regard:

Institutionalizing electronic form of agricultural produce is a welcome move. As of now, about 1.7 crore farmers, roughly 11% of the total farm population, have registered on eNAM and more than 80 lakh members have benefited from the platform, either materially or non-materially through price realization or price reference point. Now, eNAM should play a pivotal role in price recovery and provide real-time spot prices to farmers organizations, through a demutualized trading system. However, a state wise distribution of farmer organization participation on eNAM is yet to be documented.

It has been suspected that food inflation can be due to hoarding as well. It has been found that in the rabi season, mandi arrivals were 30-40% less despite the record harvest. Also, for commodities like chana and mustard seed, the arrivals were 60-70% less of the output less the procurement by government. The lack of data for the stock in private sector gives room to the possibility of hoarding which can cause supply side disruption.

Moreover, an integrated coordination between all states and even down to districts can help control final food prices in retail. Agri ESG entrepreneur Chalasani Bhaskar opines:

If a highly coordinated distribution framework is enabled between 1.3 billion people @ 739 districts, food will be available, affordable, and accessible. For example, Himachal Pradesh grows surplus apples, which can be distributed to other states. On the other hand, a state like Andhra Pradesh could provide mangoes for Himachal Pradesh. But due to lack of coordination, trucks moving from HP to AP and vice versa may often go back empty. This is where we are wasting resources.

Pertinently, the food inflation trends are divergent across states, further highlighting the lack of synchronisation across the country. An analysis of data in February, 2020, indicates that CPI varied between 3.46% (Delhi) and 8.94% (Telangana). Inefficiencies in the APMC system in the past have served to create regional disparities in availability and prices and discouraged the creation of a truly national agricultural market. Through scaling up on measures like electronic trading through eNAM, India can have a more effective counter-strategy in its war against inflation and also bring well-needed succour to farmers.

Indian grape export industry: Creating opportunity from crisis
Marred by shocks in the export market due to MRL issues...

MRL: A bane for India’s agricultural export ambitions
While developed countries have traditionally been strin...

Meeting with HE Ambassador of Mexico to India

Enquiry for Winning the war against food inflation