US-Mexico-Canada Agreement: Why the world should take notice

• The US International Trade Commission has estimated a small improvement to the US economy from the USMCA.
• Signed between the heads of state for US, Canada and Mexico, the USMCA is yet to be ratified by the Congress.
• The deal assumes significance for countries beyond the North American region, as it could serve as a template for future US negotiations in bilateral agreements as well as at the WTO.
• Some of the clauses that would be of special interest to India include the new norms for the automotive industry, tariffs on steel & aluminium, rules for digital trade and intellectual property (IP) rights. 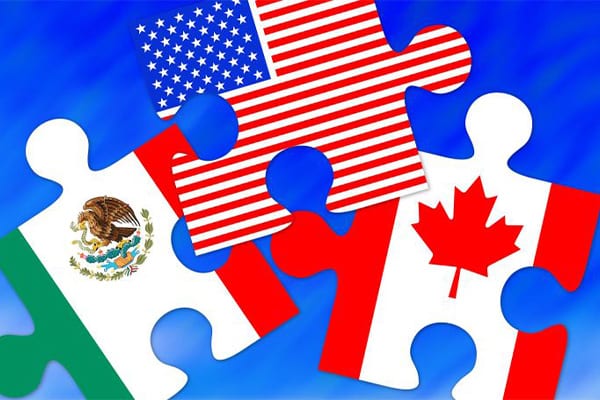 The US International Trade Commission (ITC) has released its analysis of the US-Mexico-Canada Agreement (USMCA), the replacement for the NAFTA agreement proposed by US President Donald Trump. It estimates that the deal will improve the US economy by 0.35% when completely implemented, i.e. an increase in the country’s GDP by US$ 68.2 billion.

The boost will come in particular from the potential growth in the automotive sector, where the agreement introduces new rules of origin. This will mandate auto-makers to source more parts from North America, thereby increasing production and employment.

For the US specifically, it would imply creation of an additional 176,000 jobs. Its exports to Canada and Mexico would increase by 5.9% and 6.7% respectively. In its summary of the agreement, the ITC states, “The model estimates that the agreement would likely have a positive impact on all broad industry sectors within the US economy. Manufacturing would experience the largest percentage gains in output, exports, wages, and employment, while in absolute terms, services would experience the largest gains in output and employment.” However, the report cautions that the broader US economy will suffer in terms of higher costs of production, lower exports, reduced wages and employment. 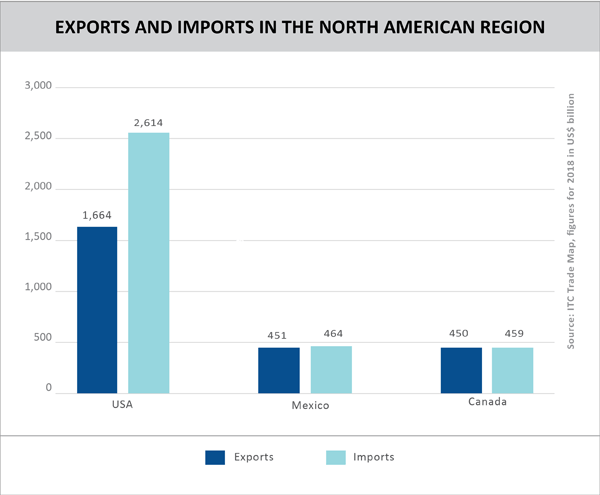 The IMF had recently submitted a contrasting report on the US MCA deal, stating that it will cause a decline in production of vehicles and parts in all three countries and take auto production and parts production outside the region.

The USMCA was signed by the heads of state of US, Canada and Mexico in 2018. However, it still needs to get ratified by the US Congress. Given the manner in which US President Donald Trump seeks to redraw trade engagements with countries across the world, the USMCA also assumes significance for countries like India.

The NAFTA preferential trade agreement covered around US$ 1.3 trillion of trade annually, making it the world’s largest. The new USMCA introduces several clauses on rules of origin, intellectual property, labour rights, environmental policies, government enterprises, exchange rate and digital trade. It also changes the rules of the game for sectors like automotive and steel in the region. It is also the first trade agreement that the US has successfully renegotiated, and in all likelihood, is the template with which it could approach subsequent agreements with other trading partners like India. The deal is in principle a vote for upholding the economic interests of the US over promoting free trade.

More critical is the clause of manufacturing 75% of the components of cars and trucks in North America. If that is not met, the companies will attract additional tariff duties. Therefore, the deal compels leading players in the auto industry to revaluate their sourcing from low cost destinations like India, China and Vietnam.

Supply chains serving Mexico would face a huge impact. The country is the second largest supplier of vehicles to the US and the fourth largest exporter of cars in the world. In a survey by LevaData of 100 leading auto executives, 63% of the executives believed that the deal is expected to raise production costs for manufacturers due to higher tariffs on raw materials and higher costs.

This can have a ripple effect across supply chains. For instance, microelectronics contributed around 15% to a car’s selling price in the 1990s. Due to the evolution of technology and features like information and entertainment systems and advanced safety equipment, this now contributes nearly 40% of the cost of a car with an internal combustion engine. 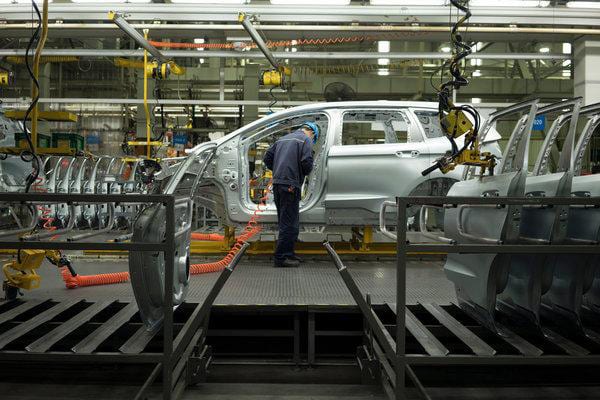 For an electric vehicle, this cost goes up to 75%. This will mean a short-term disruption, since China is the leading supplier of these components at present, and add a lot of uncertainty for manufacturers going forward. In addition, 70% of the aluminium and steel has to be from North America. The US is imposing duties on aluminium and steel products from its USMCA partners, so India may not have much room for optimism for negotiating a major concession on this matter either.

In the pharma industry, Trump’s backing for Big Pharma comes out in no uncertain terms. Currently the US has a 12-year protection for drug companies producing biologics, implying that they have monopoly power in the market for that period. This duration is deemed extremely high; in comparison Mexico mandates five years of protection and Canada provides eight. But under the USMCA, all three economies have to give innovator companies a minimum protection of 10 years. Ironically, this has the unwanted impact of increasing drug prices for consumers as well, contradicting Trump’s avowed intentions of lowering drug prices.

Data sovereignty is a highly sensitive issue in global trade at present. The USMCA has a provision for free flow of data among the three economies, which will boost services sectors including banking, airlines, online retailers and entertainment companies. The deal frees up digital trade among partner economies with zero tariffs. It may be noted that India has strongly opposed both these clauses at the WTO.

A report from the US Trade Representatives Office concluded that the deal will benefit automotive, aluminium and steel sectors through a surge of US$ 600 million over the next five years. It will incentivise automotive part purchases worth US$ 23 billion for the period. It also has a labour clause, through which 40-45% of labour content of every manufacturing unit should be completed by workers earning a minimum of US$ 16/hour.  The US may also try to enforce such minimum wage rules on non-FTA partners.

A clause in the USMCA also cautions its members against a free trade agreement with non-market economies, which is seen as a reference to China. This can be a deterrent for India’s plans for signing the RCEP agreement, which includes China, and could potentially invite counter-action from the US.

The US could make the USMCA a template for the ongoing negotiations on issues like digital trade, IP rights and subsidies at the WTO. It has repeatedly emphasised that the mechanisms under the WTO are ill-equipped to handle trade bottlenecks in the current milieu. Moreover, the US has also strongly criticised the WTO dispute settlement mechanism, alleging that it has been unable to address unfair trade practices, especially in the case of China. The WTO Dispute Settlement Mechanism is already in a limbo because US has stalled appointments to its appellate body.

Enquiry for US-Mexico-Canada Agreement: Why the world should take notice