Industry associations have submitted suggestions to the Finance Minister to keep the positive momentum going for the electronic segment under Union Budget 2023-24. The association has urged the government to reduce tax slabs on certain items and increase in budgetary allocation for SPECS. 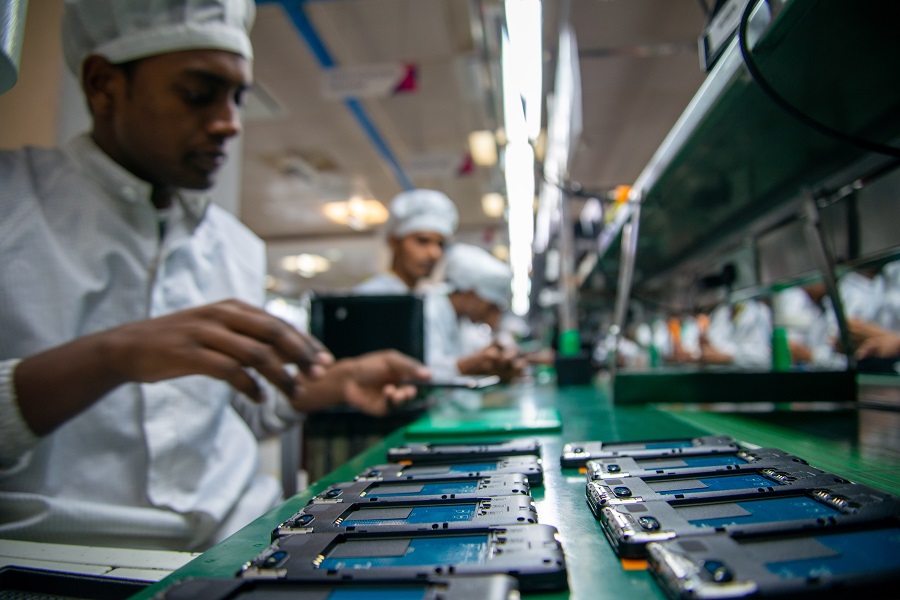 New Delhi, Jan 19:  India has officially ushered into the era of 5G and the time has come for means of communications to undergo dramatic transformation. The 5G technology is expected to drive up the demand for smartphones in the year 2023. The number of 5-G compatible smartphone users may increase in 2023, however, India’s purchasing capacity has cooled down in the last few months.

Making a rough prediction about market demand for smartphones in the coming months, the India Cellular and Electronics Association (ICEA) Chairman Pankaj Mohindroo has said that around 75% to 80% of the new smartphone to be launched at the end of the year 2023 will be 5G-enabled.

Smartphone Performance in the Global Market

Worldwide smartphone shipments fell 17% year-on-year in Q4 of 2022. Overall, in 2022, shipments declined by 11% to fewer than 1.2 billion. The figures reflect the challenging year for the manufacturers. One of the biggest smartphone brands, Apple, claimed the top spot in Quarter 4 and achieved its highest quarterly market share ever at 25%. However, the U.S. based tech company is facing manufacturing disruptions from its production unit in Zhengzhou, China.

Smartphone brand Samsung stood in the 2nd spot, followed by Xiaomi, Oppo and Vivo. Experts have said that manufacturers have had a tough year, in terms of shipment, component procurement, and other macroeconomic environment constraints throughout 2022. In addition to this, China is yet to open its economy fully as it is the world’s largest smartphone manufacturing country.

But the telecom segment too has been limited due to component supply shortages, inflation, geopolitical conflicts that have delayed 5G device launches. To compensate, some Original Equipment Manufacturers (OEMs) have dropped or downgraded other key features such as display or fast charging in order to reduce the impact of increasing component costs, which has affected consumer demand for 5G. The limited availability of 5G networks has also impacted demand for non-5G compatible smartphones.

ICEA recommendations to the Finance Minister

Ahead of the upcoming union-budget, India Cellular and Electronics Association (ICEA) has submitted following recommendations to the government:

In the upcoming union budget, which is to be announced on February 1st, the electronics sector of India is hoping for some concessions from Finance Minister Nirmala Sitharaman. Different electronics industry segments have urged the Indian government to reduce the tariffs on parts and components ahead of the Union Budget 2023-24.

As of now, India has over 600 million smartphone users. On one hand, demand for smartphones is up in urban as well as rural areas. But worries and challenges dampen the spirit of the manufacturing segment. It is being speculated that the government might float a production-linked incentive (PLI) scheme to promote domestic production of high-end smartphone components and other IT hardware in India.

In addition to the above-mentioned recommendations, ICEA has also urged the government to lower the existing GST rate on mobile phones from 18% to 12%. The association believes that a relaxation of taxes may help faster adoption of smartphones amongst users in India.