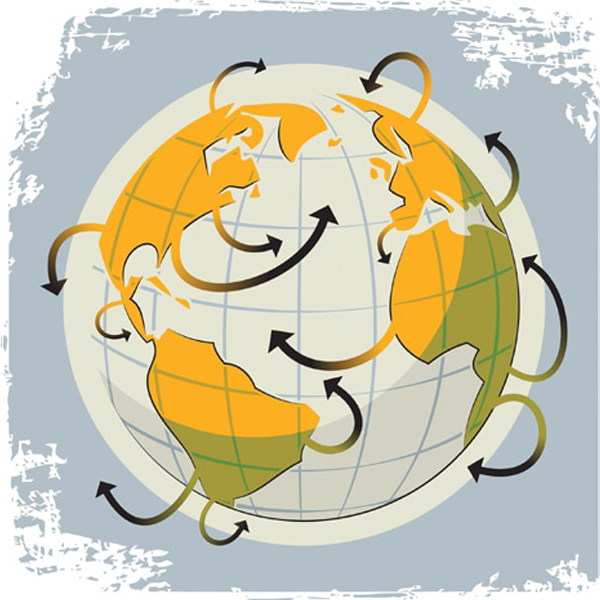 Global value chains have transformed the world by revolutionizing development options facing poor nations. Now it is possible for these nations to join value chains rather than having to invest decades in building their own. The offshoring of labor-intensive manufacturing stages and the attendant international mobility of technology launched era-defining growth in emerging markets, they have brought a welcome change that fosters and is fostered by domestic policy reform.

Journey of global trade policy began in 1947, when GATT came into existence and it continued till it was replicated by WTO in 1995. The WTO is one of the great progenitors of planetary peace and prosperity, as was the GATT before it. It promotes multilateral cooperation that fosters trade, which, in turn, fosters peace and rising living standards worldwide.
The Organization, however, is obstructed by its continued failure to get past the Doha Round. The Doha Round was optimistically launched in 2001 with the goal of advancing trade opening while rebalancing the development dimension of the global trading system. Scheduled to conclude in 2005, it is a decade overdue and nowhere near agreement on core agenda items. Given the repeated efforts by members over the past 17 years, it seems clear now that the original Doha Agenda is no longer balanced in a way that makes sense to the WTO members who must lead the final drive to do the deal. The basic problem is that the world of international commerce has changed radically since 2001 but the Doha Agenda has not. Repeated failure of the negotiations has not led to a fundamental re-evaluation. It has led to repeated extension of deadlines and a failure to recognize that we are no longer living in the world where the original Doha Agenda could provide a win-win for all players.
At the same time and in the same way, many WTO members have written new disciplines to underpin the rise of Global Value Chains (GVCs) – the force behind much of the revolutionary changes in 21st century international commerce. The Doha gridlock has also not dampened nations’ interest in the WTO; 20 nations, including China and Russia, have joined since 2001, but has created the third era of global trade policy.
The operation of GVCs is “regional” in nature and according to world economic forum, focused on three hubs—North America, Europe and South & East Asia. The first two regions are primarily centers of demand and the latter is a center of supply, although this may be changing as China moves to reform its economy toward more consumer driven demand growth. Other developing regions of the world have been largely left out of the GVC picture for the time being, with a few exceptions of countries that are participating in certain aspects of supply chain functioning through off-shoring activities. Contributing to create this structure have been the factors of transportation costs, distance, communication, and the quality of infrastructure. However, the regional trade agreements (RTAs) that have been negotiated, particularly with major trading entities, have reduced its transaction costs and lower its risks.
In an era of integrated investment, production and trade networks, GVCs will continue to proliferate in prominence and will define the global landscape of the 21st century. This will require governments and firms to review and adapt their policy stance on the one hand and their participation on the other. Only recently have trade policy and other policies come under scrutiny in terms of the implications of global value chains. The GVC agenda requires a distinct debate from that on the global trade agenda since it goes well beyond it, though trade policy can also have a significant impact on the operation of GVCs. There is a need, however, for a complementary policy agenda to discuss important infrastructure, education and other behind-the-border issues. Making the case to utilize opportunities for GVCs require differentiating between types of GVCs and the benefits they may bring. In this context, governments may need to think about sector-specific policies as well as overall policy objectives and prescriptions. At the multilateral level, logistics, services and trade facilitation issues should be viewed and discussed as a holistic and ancillary package. This implies a need to revisit the WTO institutional and legal structure, which currently places cross-cutting issues in silos.