Technology in Indian agriculture should not displace labour

Jayan Jose Thomas, Professor of Economics at the Indian Institute of Technology Delhi, asserts that on a macro basis, India does not face labour shortage, though it may be relevant for specific regions during specific periods. Therefore, the role of technology has to be of providing value addition that will boost incomes and create new employment opportunities in agriculture and rural areas. 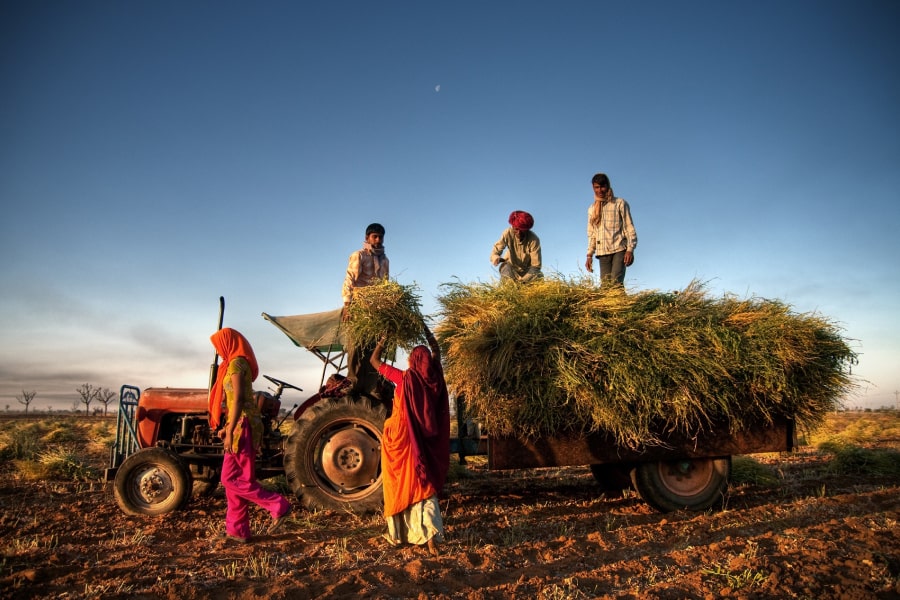 IBT: We say that 51% of Indian population is dependent on agriculture but there is disguised unemployment in agriculture. And at the same time, we complain about the shortage of labour. Isn’t this paradoxical?

Prof. Jayan Jose Thomas: As of now, around 42% of India’s workforce is engaged in agriculture. So, the latest statistics show around 200 million people of India’s workforce are engaged in agriculture in 2018, so that is around 42% of our workforce. It’s clearly a lot and maybe a surplus. One may say that workers are in disguised unemployment in agriculture. The contribution of agriculture and allied activities to employment is 42%, but their contribution to India’s GDP is less than 15%, which means that productivity is very low.

IBT: But what is the situation from a regional perspective?

IBT: What are the major steps India can take to improve value addition in agriculture?

Prof. Jayan Jose Thomas: Fruits and vegetables in India, undergo minimal processing. And when they travel from one part of the country to another – like fruits coming from Uttarakhand, or Kashmir, which are sold in the Bombay markets or in the daily markets of the rest of the country – there is lack of enough storage facilities. Due to lack of a good transportation network, a large part of these fruits and vegetables get lost in transportation.

If 20% of the fruits or vegetables are lost while they are transported, that itself is a major loss of value. On the other hand, countries like Australia, or nearby Southeast Asian countries like Thailand and Malaysia, have been doing well. In all these places, value addition is the key. They don’t sell milk, but they see milk packets or products, packaged vegetables, or new products processed from vegetables or fruits.

In Kerala, for instance, we have jackfruit, which is very common across the state. But when there is no processing, they just fall onto the ground and the farmer doesn’t get anything out of it. It’s all wasted. But the same jackfruit can be used for ice cream or other kinds of food-based processing. India has a lot to learn from these South-East Asian countries, where there’s a huge food industry and agro-processing industry. And it doesn’t always have to be big corporates or big companies, it can be very small entrepreneurs or local food processing. So, clearly what we need today is better storage facilities, better transport and better processing.

IBT: Keeping in view India’s desire for increasing agricultural income, what kind of agriculture is India best suited for, mechanised or labour driven? And why?

It is kind of a long-standing debate. So, instead of using workers, machinery could be used for harvesting, for instance. Harvesting is quite a labour-intensive operation. But in a country like India, where there are enough people waiting for such jobs, maybe mechanising harvesting is not the solution, at least not immediately. It could be mechanised, but at a later stage. Immediately, we need technologies that can create more employment.

An example is biotechnology or any research that is happening in the material sciences. So, there can be new industrial uses for jute, which is a kind of natural fibre, or say coir, which is available in Kerala. Coir, for instance, because of its specific properties, is a very strong material, and when mixed with wood or certain plywood, becomes very useful in the aircraft industry for building airplanes.

So, when you have new uses out of natural products, or food products, or agricultural products, that’s kind of a value addition using technology. This is the kind of value addition that will give better returns to farmers and therefore, high wages can be afforded for workers or higher incomes in the rural areas. So, it’s not a question of mechanised or labour driven, but it’s a question of technologies that can add greater value and technologies that can create new employment opportunities in agriculture and in rural areas.

IBT: What policy suggestions do you have for India to trade on the above-suggested path?

Prof. Jayan Jose Thomas: A key policy suggestion would be the role of the public sector and the role of government-funded programmes. Because if we are using technology which is imported, i.e. typically the technology that is coming from Western countries, then especially the agricultural technologies are going to be highly mechanised and automated technologies, which may then displace labour. 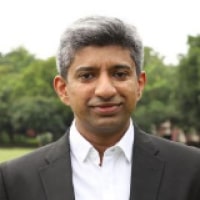 Jayan Jose Thomas is a Professor of Economics at the Indian Institute of Technology Delhi, where he has been employed since July 2010, and a Member (part-time) of the Kerala State Planning Board. His research deals with various issues related to development, mainly labour, industrialization and the macroeconomy.

He teaches courses on macroeconomics, Indian economic development, international economics, and planning and development. While India has been the primary focus of his research, Jayan has been maintaining a lively academic interest on China and East Asia as well. He has worked extensively using Indian and international data sources, conducted field studies, and also worked with archival material. His research papers have appeared in journals including World Development, Development and Change and Economic and Political Weekly.

He contributes regularly to media outlets, including the Hindu, Frontline , and Livemint, and his research has been cited in the Government of India’s Economic Survey, BBC, and the Wall Street Journal. His previous academic positions were at the National University of Singapore, Indian Statistical Institute, Kolkata, Madras School of Economics, and Central University of Kerala. He has worked on research projects for the International Labour Organization (ILO) and United Nations Population Fund (UNFPA), and is currently a China-India Visiting Scholar Fellow with Ashoka University. He received his B. Tech in Industrial Engineering from Kerala University and Ph.D. in Development Economics from the Indira Gandhi Institute of Development Research, Mumbai.

Enquiry for Technology in Indian agriculture should not displace labour