Talod Foods’ vision of providing consumers with its ready to cook food products with uncompromised and exquisite authenticity of traditional Indian recipes have been core to the brand’s phenomenal success story. The company is now well prepared to expand its product portfolio into frozen foods and scale up its highly successful retail outlet TALOD INSTASERVE, A Quick Serve Restaurant (QSR Model) via the franchise mode. 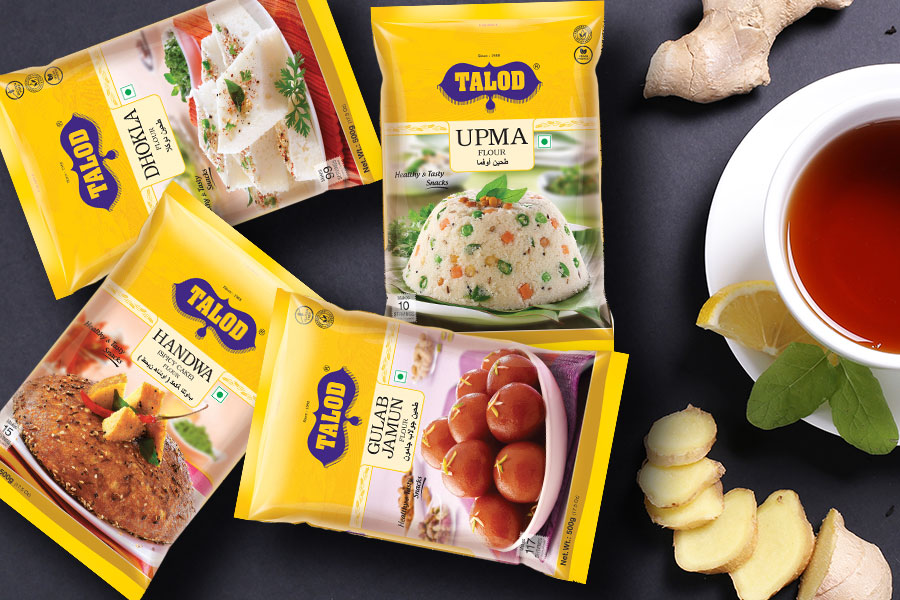 The endearing eight-decade long story of Talod Food Products is inextricably linked to the town of Talod in Sabarkantha, Gujarat, from which the company gets its name. In 1938, Mr. Jivraj Bhai Chotai set up a small business from serving piping hot Gota, Batata wada and other snacks at the busy railway canteen at Talod, which was a train junction at that time.

Much later in the year 1985, when his grand son Mr. Deepak Chotai was managing the business, a grocery store owner asked him to supply packed dakor ka gota (a popular Gujarati savoury snack). The small city of Dakor was around 90-100 km away from their town, and transportation took 8-10 days in those days due to poor connectivity. The grocer was finding it difficult to source the product, which was heavily demanded by his customers, in the face of this massive logistical challenge.

When they started supplying to the grocer, the product became a hit in the market, which motivated Mr. Chotai to set up a packaged food venture. To expand their reach in those early days, he would himself move from place to place on a bicycle to sell the ready-to-cook mix flours. His wife used to make the products at home. They subsequently started introducing more products like khaman, dhokla etc in their portfolio.

Over the years, the company started growing as a cottage industry that employed women in the local area, and it went by the name Talod Gruh Udyog. By 1988 they managed to expand to Mumbai, which has a huge Gujarati population. 2002 was the landmark year when Talod Gruh Udyog secured its first export order from the US. 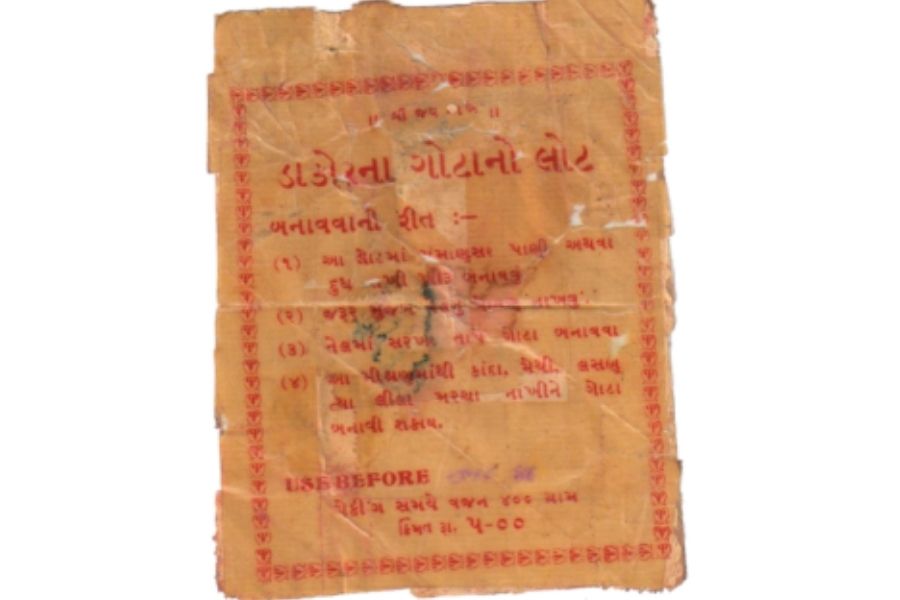 The Chotai family has retained their first pre-mix label as a fond memory of the year 1985, when their enterprise first entered the packaged food segment.

With uncompromising focus on supplying high quality and authentic home-made food, the group continued to scale new heights under the leadership of the next generation in the family. The enterprising brothers Pratik Chotai and Keyur Chotai have taken the mantle to expand the business and explore new ways of delivering value to customers. Mr Pratik Chotai points out:

The market for Gujarati ethnic foods presents a huge untapped opportunity. Considering the paucity of time to prepare meals in today’s busy lifestyles, Talod Food Products endeavours to provide these products in ready-to-cook packs that provide the same taste and authenticity of home-cooked Gujarati cuisine.

The company now has a pan-India distribution network and is also serving lakhs of Gujarati families across the world – Canada, Dubai, Hong Kong, Muscat, Germany, the UK, Australia, the USA and Africa – with its products. Some of their premium corporate customers include Oberoi International Flight Kitchen, Taj International Flight Kitchen, Oberoi Hotels, Grand Hyatt and LIC of India.

In 2009 the company set up a semi-automated plant. By 2016, they were manufacturing 4-5 tonnes of premix flours per day, but demand was continuing to grow at a rapid pace. Then the founders took a giant leap of faith to set up an ultra-modern fully automatic and state of the art production unit (plant) with production capacity of 72 tonnes per day in the year 2019 and converted Talod Gruh Udyog into a private limited company. The 40,000 sq. ft unit is spread across an area of 2 lakh sq. ft. land. 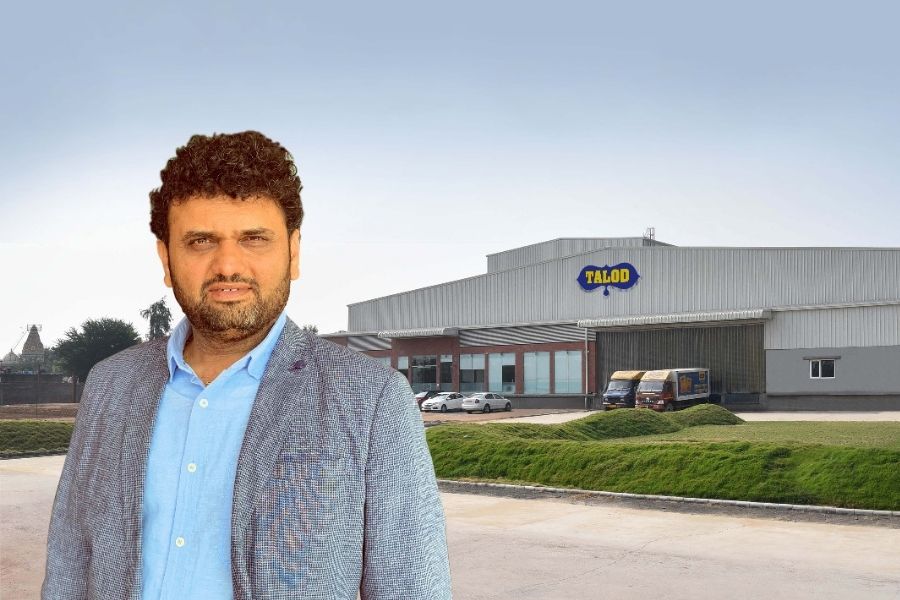 While growing from strength to strength, the founders have made it a point to keep Talod as the epicentre of their functioning. Besides providing new employment opportunities to the local population, the unit has also retained the women who were a part of the Talod Gruh Udyog.

During the COVID 19 period, the company was able to commence production from the second lockdown, being the provider of an essential product. They have in fact witnessed a rise in exports during the year, besides a surge in sales via the e-commerce channels.

In 2011 the brand opened its first outlet in ready to eat segment at Alpha One Mall, Ahmedabad under the brand name of Talod Insta Serve. Positioned as a truly healthy and hygienic eatery substation, the outlet serves Talod’s signature food products as well as other Indian food options that they have added over time. 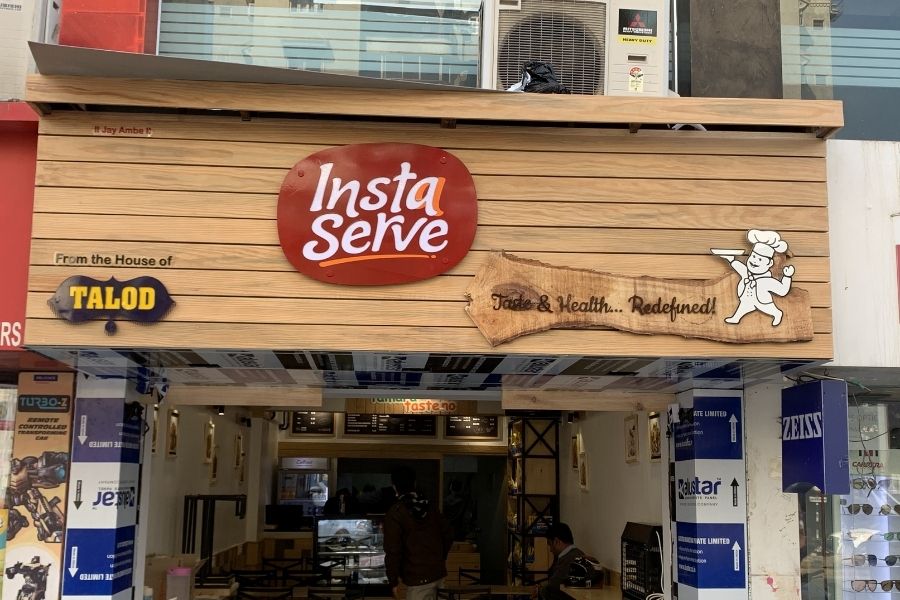 After detailed research on this format, from Diwali 2020, they have embarked upon a new phase of expansion on the retail front through the franchise mode.

Another exciting growth avenue that the company is working on is frozen food, based on feedback from markets in Africa and the Gulf region. They are planning to launch their frozen food range at Indus Food 2021 – products like Khaman, Dhokla, Handva, Muthiya, Patra, etc.

Freezing these products to temperatures below -18 degree Centigrade can extend their life by up to a year. This will add a new level of convenience to Indian diaspora across the world who are missing their cherished Indian food.

In fact, Gujarati food products are among the relatively unexplored gems of Indian cuisine in the global market. The cuisine offers a variety of sweet and savoury vegetarian items, that are both healthy and appealing to the taste buds. There is a need to explore their potential amongst the mainstream native consumers of importing markets as well, considering that the US$ 15.4 billion global vegan food market is projected to grow at a healthy CAGR of 9% over the next five years. This is an area where companies like Talod Food Products can play a major role going forward.

Delighted to read the success story. We are into manufacturing of paper made composite containers used in packging of food grade products. Kindly check our website