• One of the most indubitable realities of our times is that temperatures across the world are rising. This will have disastrous consequences for the entire planet and inevitably impact human lives.
• Recognizing the gravity of this situation, the Indian government has come up with endeavours to provide a cleaner, greener and safer environment to its citizens.
• However, the government alone, will not be able to provide us a safer environment. This is where the private sector needs to step in and assist the government in making the dream of sustainable living a reality.
• This article explores 4 areas where private investors can play a major role in giving boost to a green economy: transportation, cities, energy and agriculture. 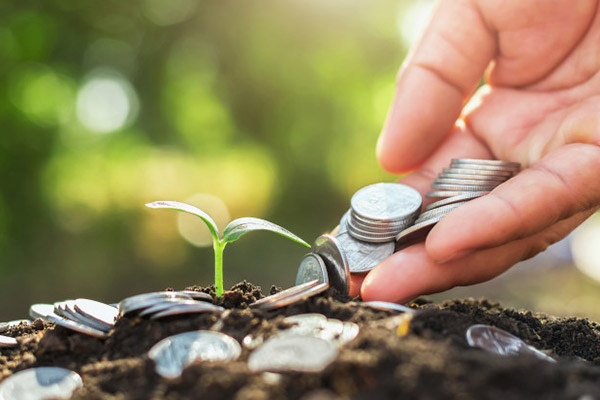 One of the most indubitable realities of our times is that the ‘heat is on’ and temperatures across the world are rising. This will have disastrous consequences for the entire planet as it will entail dramatic alteration of ecosystems and inevitably impact each and every aspect of human life.

Recognizing the gravity of this situation, various nations have come together to reduce the build-up of greenhouse gases in the atmosphere, thereby reducing the magnitude of climate change. The Paris Agreement, for example, is an important milestone in this direction. Closer home, the Indian government, too, needs to be lauded for its endeavours to provide a cleaner, greener and safer environment to its citizens. National Clean Air Programme (NCAP), Sustainable Development Goals, Continuous Ambient Air Quality Monitoring Stations (CAAQMS), Swachh Bharat, Smart Cities, National Urban Transport Policy, the National Electric Mobility Mission Plan 2020,  introduction of cleaner/alternate fuels, leapfroging directly from BS-IV to BS-VI fuel standards, etc. are some of the commendable measures taken by the Government of India to ensure the same.

PwC’s Transportation & Logistics 2030 report states that by 2030, India will be home to a whopping 452 people per square kilometre. Albeit meeting the country’s rising demand for mobility in a way that is eco-friendly will be a tough nut to crack, according to NITI Aayog, India can save about 64% of anticipated passenger road-based mobility-related energy demand and 37% of carbon emissions in 2030 by pursuing a shared, electric, and connected mobility future.

Investments from the private sector can help transport infrastructure operators and governments to raise capital for transport infrastructure project. India needs to draw lessons from London’s public transportation system, which is considered to be one of the best equipped in the world. The transportation network in London deploys a wide range of options from the underground train network to an extensive bus network, the Dockland Light Railway, trams, ferries and even a cable car. Private developers were instrumental in the financing and development of London rail systems in late 19th and early 20th centuries. Further, London also deployed different models (eg. regulated asset base (RAB) model, concession model and PPP) to promote private investment in infrastructure across UK. For example, Thames Tideway Tunnel was constructed using the RAB model. Thus, the city was able to unlock unexplored funding sources to finance transit projects.

Home to a vast supply of renewable energy resources and one of the world’s largest clean-energy expansion programmes, Indian green energy is a suitable destination where domestic & foreign investors can pitch in. In order to lure private investments, the government has taken a vital step to promote green energy by declaring an aggressive target of 450 GW of green energy capacity by 2030. Further, factors such as conducive policies & a steady influx of capital make India the new hotspot for renewable energy investors, according to the World Economic Forum.

However, the one area where India considerably lags behind its counterparts is lack of indigenous technology. Take the case of solar rooftops in India, one of the fastest growing renewable energy sub-sectors in India, with a compounded annual growth rate (CAGR) of 116% between 2012 and 2018, as per the IEEFA estimates. One of the biggest hurdles to the deployment of rooftop solar PV in India is the crunch of finance from banks owing to collateral security. There is also a technical barrier – as rooftop solar projects are quite small in size, grid integration of these projects is a challenge faced by most distribution utilities.

Some of the other governments have promoted the adoption of this technology through incentives. Japan, for instance, has promoted the growth of rooftop solar PV installations through subsidy incentives to developers in the form of a generous solar feed-in-tariff (FIT).

The UN Department of Economic and Social Affairs (DESA) has estimated that India will have added 416 million urban dwellers by 2025, with New Delhi, Bombay, Hyderabad & Bangalore emerging as urban metropolises. Market players have come up with innovative solutions like co-living hubs to resolve challenges like dearth of affordable land, skyrocketing rate of prices per square foot in these cities, the possibility of transfer to another city and the limited incomes. The government too, on its part has launched the ‘Smart City Mission’ to develop smart cities across the country, making them citizen friendly and sustainable.

Sweden’s Malmö has gone a step further with innovative and forward-thinking sustainability designs. Ekostaden Augustenborg is one of the major investments in Europe in the ecological revolution. In 2010, Augustenborg district was awarded the United Nations (UN) World Habitat Award for its 10,000 green roofs which slow down flooding by absorbing rainwater. In addition, over 70% of waste collected is recycled in Augustenborg. The project was executed collaboratively by the city council and the MKB social housing company.

Ashok Gulati, agricultural economist and former chairman of the Commission for Agricultural Costs and Prices, opines that although 80% of the agriculture sector is driven by private companies, more needs to be done to provide them technology on the field and ensure remunerative prices. Private players must be encouraged to set up mandis and directly collaborate with the farmers. Cargill, Hindustan Unilever, PepsiCo, and McCain have been working with farmers, in collaboration with agrochemical and farm-machinery companies to bring best practices and raise yields or lower costs. Companies must empower Indian farmers with knowledge about technologies such as micro-irrigation, to prevent the wastage of water.

Similarly, nano fertilisers can offer better plant nutrients and reduce soil toxicity; while artificial intelligence and satellite technologies are particularly important for crop monitoring and yield assessment. The main challenge remains providing these technologies to the farming at affordable prices and educating them about these agricultural practices. Sensitisation of the district administration, about specific technologies that support timely weather forecasting and market intelligence advisories can be a useful way to generate more awareness in the farming community about the benefits of such technology. The private sector should also be involved in R&D in the sector to come up with cost-effective solutions for the farmers.

To sum up, efforts need to be stepped up so that the country can grow in a manner that is not detrimental to either the economy or the environment. While private firms are already contributing to the nation’s SDGs; they need to scale up and make it part of ongoing business practice. This is critical because according to economists and policy makers, private sector investment is the key for sustainable growth and there is a huge untapped potential for private investment to become a significant part of Sustainable Development Goals (SDGs) in India.

Responsible business conduct is essential in driving sustainable development and ensuring that enterprises create long-term value for the societies in which they operate. By creating smart, comprehensive, and clearly defined strategies, the government too, can facilitate the evolution of an ecosystem that enables private companies to attain their SDGs.