Sustainability as a label has become important in seafood industry

Dr. Sunil Mohamed observes that there is a question of ethical choice when consumers buy seafood. Since the concept of sustainability can no longer be separated from the seafood industry, the Indian marine sector must gear up for this challenge if it wants to establish its hold in global seafood exports. 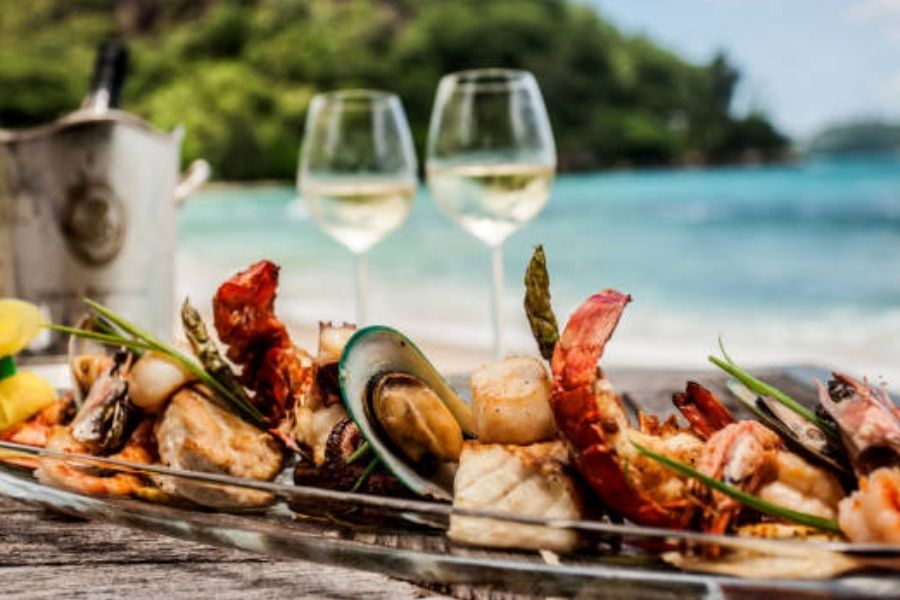 The Food and Agriculture Organization states that between one-third and 40% of all fish produced is now traded internationally. This makes fish and fisheries products one of the most traded food commodities in the world. A careful analysis of data suggests that around the world fish consumption has grown from 10 kg per person per year to 22 kg per person per year. About 17% of the animal protein comes from fish.

Further, the contribution of developing countries to fish trade has risen over the years from 39% in 1976 to 54% in 2016, as per the World Trade Organization. China has been a major player in this trade, although India also has a key role in the global seafood trade. Besides China & India, some of the other major seafood exporting countries are Norway, Vietnam and Europe. Of late, countries like Vietnam are importing raw fish, adding value to it and then re-exporting these value added seafood products.

The Indian seafood industry: Time to cast a wider net

Looking at India, specifically, the nation has the advantage of having a large exclusive economic zone of 2 million square kilometres and nearly 4 million fishermen. The gross value of the Indian marine industry is estimated to be about US$ 28 billion, 35% of which is by marine capture. An area of concern, however, is the drop in catch per person.

The total marine exports increased from US$ 3.5 billion in 2011-12 to US$ 5.9 billion in 2020-21 as per MPEDA. This trade is buoyed by rising demand in the US and Europe. It suggests that of late, Southeast Asia has also emerged as an important destination for India’s marine exports. There has also been a commodity-wise change in India’s exports. For example, India’s shrimp exports have risen from a share of 30% in 1990s to 74% in 2020-21. Increase in shrimp exports have been majorly due to the rise in aquaculture. The other commodities of marine exports are frozen fish, frozen cuttle fish, frozen squid, dried items, live fish and chilled items. It is also interesting to note that while the US is the top destination for Indian seafood exports in value terms (US$ 2.45 billion), the Southeast Asian region was one of the top export destinations in 2020-21 in terms of volume (2177 MT). This implies that India is trying to diversify its seafood exports in terms of both the products offered and the markets to which they are exported. Source: MPEDA (All units are in US$ mn)

Source: MPEDA (All units are in US$ mn)

One trend that the Indian seafood industry must watch out for is sustainability. When it comes to sustainability, it is evident that overfished stocks constitute 36.3%, while the sustainable produce comprises 34.1%. This is a huge concern for India since exports are linked to sustainability. There is a question of ethical choice when consumers buy seafood. In other words, sustainability as a label has become important in seafood trade.

Given the global consensus around the need to conserve marine biodiversity, eco-labelling schemes are increasingly being adopted to maintain the productivity and economic value of fisheries, while providing incentives for improved fisheries management and the conservation of marine biodiversity. According to the FAO:

Eco-labels are seals of approval given to products that are deemed to have fewer impacts on the environment than functionally or competitively similar products. The rationale for basic labelling information at the point of sale is that it links fisheries products to their production process. Product claims associated with eco-labelling aim at tapping the growing public demand for environmentally preferable products.

Sustainability is also linked to traceability. Overseas consumers and processers want to know the source of the product. For example, the EU is demanding catch certificates, in which fishers declare where they caught the fish processors that carry that label export markets. This calls for investment by the Indian seafood sector in the transition to sustainable fisheries. So, India, too, has started embracing this change, since a number of other countries have started demanding this proof. While some seafood exporters in the country have already started using Ecolabel, more players need to be encouraged to boost their exports.

At present, no clear roadmap exists, which ensures that the economic development of the ocean contributes to true prosperity. Currently, fisheries are under the Union & the State lists and the sector is governed by numerous other regulations such as the Biological Diversity Act & the Wildlife Protection Act. This creates ambiguity as the provisions of some of these laws are contradictory. Having an overarching Marine Fisheries Management Law would help in making this sector attractive to investors.

The Indian seafood industry must also draw inspiration from countries like Vietnam, which have mastered the art of value addition in the sector. Having a sophisticated technology-driven value chain will be key to long term success. Another thing that India must do is the diversification of its export basket – both in terms of export destinations and products. A thorough study of the global marine value chain will be a great starting point.