As the world’s third largest start-up ecosystem, India is now paving way for new spacetech entrepreneurs, thus, promising to unlock the true potential of the space sector in the country. 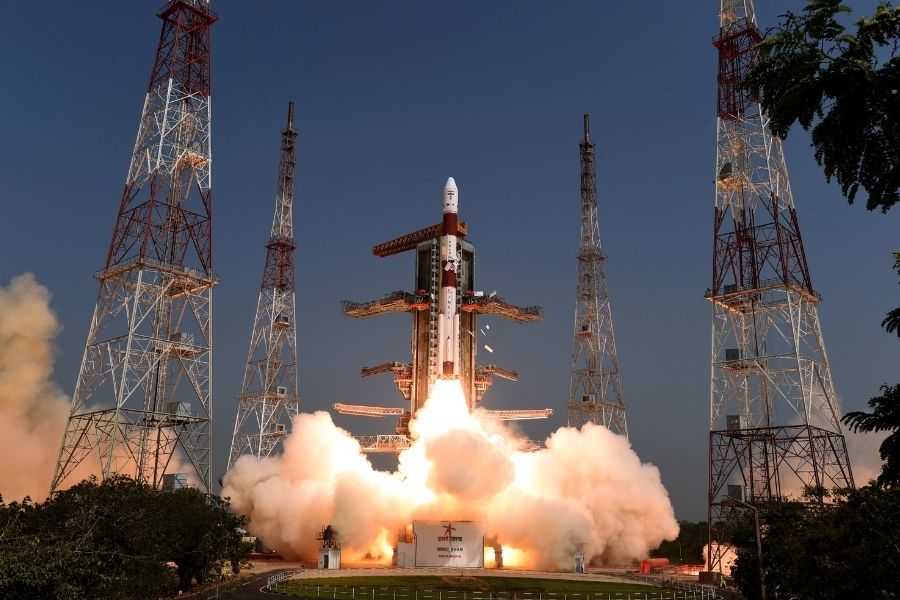 Traditionally, space has been a fascinating and inaccessible domain at the same time for the Indian common man. This has been so, despite ISRO being considered as one of the world’s most successful space agencies.

Today, with new technologies and the opening up of the space sector by the incumbent Government, the space sector has started to play a vital role in multiple facets of our lives with earth observation, navigation, data analytics, imaging and several other applications of space science, thus, having wide-ranging economic and social impact on our lives. 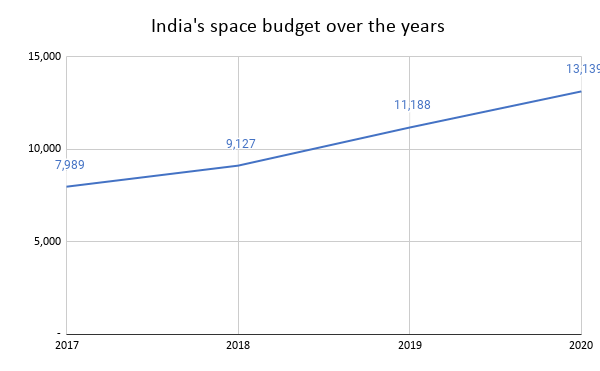 Further, the newly constituted NewSpace India Limited (NSIL) now acts as an aggregator of user requirements and is responsible for operational launch vehicles and commercialize launches, satellites and services. In March 2021, NSIL also announced its plans to invest Rs 10,000 crore in the next 5 years.  Further, the thrust to domestically manufacture and use indigenous services for all its needs sends the right message to the private players in the field.

The private push into space

It would be pertinent to note that the space industry was always open to private players. However, India Inc’s role was limited to being suppliers of components and sub-systems. While large corporations like Larsen & Toubro, Godrej and Tata have long been vendors to the Indian space programme and possess the infrastructure and capabilities required, innovation has not been permitted in the sector practically, as the products/components were always made to order based on specifications by ISRO.

Also, note that the space sector is open to Foreign Direct Investment (FDI) under the government route (i.e. investments in the space sector are allowed on a case-to-case basis by the regulatory authorities) as national security and interests are given topmost priority. Firms have also been batting for 100% FDI through the automatic route to attract billions of dollars into the space/satellite broadband sectors.

With these reforms introduced by the Government to provide a predictable policy and regulatory landscape for private players, investor interest has kicked off in the field as well.

In 2020, a Bangalore-based startup Pixxel raised US$ 5 million seed funding from Blume Ventures, growX and Lightspeed India. Pixxel got this for its plans to launch the country’s first private remote-sensing satellite on an ISRO PSLV rocket later this year and accelerate development of its second satellite.

The start-up aims to be a space data company and shall use hyperspectral imaging satellites, which will provide imagery of a higher quality to help identification of localized problems and targeted monitoring of solutions deployed in sectors such as energy, agriculture, mining, environment etc.

Chennai-Based, IIT-Madras incubated and backed by Anand Mahindra, Agnikul Cosmos co-founded by Srinath Ravichandran is working to develop low-cost satellite launch vehicles. Agnikul has also raised Rs 23.4 crores led by pi Ventures in a pre-series A funding round. It has developed India’s first private small satellite launch vehicle, Agnibaan, which is capable of carrying up 100 kg payload to low Earth orbits up to 700 km with a plug and play engine configuration and has signed a non-disclosure agreement (NDA) with the DOS. Under this agreement, Agnikul will have access to ISRO centres and technical information / facilities necessary to go forward with their launch vehicle development.

With the aim to make space flight as reliable and economical as air travel, Hyderabad-based Skyroot Aerospace recently made the headlines for becoming the first Indian company to test-fire an upper stage rocket engine. Also, Skyroot showcased India’s first 100% 3D-printed bipropellant liquid rocket engine injector in its test fire, which as compared to traditional manufacturing, reduces the overall mass of space vehicles by  around 50%.

Another Hyderabad-based startup – Dhruva Space is engaged in building small platform satellites with the vision to offer Small Satellite/s coupled with Earth Station/s and Launch Service as an integrated solution.‘Manastu Space’ founded by IIT-Bombay alumni is going green in the space. This startup has developed green chemical propulsion system for satellites and also created a safe satellite propulsion fuel, which it claims is less toxic, in comparison to the existing chemical-based satellite propulsion fuels.

Dr. Srimathy Kesan, recently celebrated the 10th anniversary of SpaceKidz India (SKI), an organization which aims to create a new young India, where space is explorable and economical. As the only Indian to be given the ambassador status by all of the world’s top 3 space agencies – viz. National Aeronautics and Space Administration (NASA), European Space Agency (ESA), and Yuri Gagarin Research & Test Cosmonaut Training Centre (from Russia), Dr. Kesan created a unique opportunity for kids under the age of 18 to educate themselves and build satellites.

SKI believes in “Vasudeva kutumbakam” (English translation: ‘The world is our family’) and we have conveyed our interest to the PM Shri Narendra Modi to collaborate with other SAARC countries and help them use India’s launchpad to launch their own satellites developed by kids.

India’s Spacetech in the 2020s

India Inc anticipates that the most significant demand for the space industry will come from the ‘incidental sectors’ of telecommunications, transportation, banking, defence and meteorology (T2BDM). It is expected that players shall require on-demand satellites for their business needs.

Fintech players, banks and insurance companies, civic authorities and the agriculture sector shall herald earth-observation satellite services to identify hyper-local problems and optimize solutions. The digital economy with e-commerce and logistics delivery platforms will not be far behind as Indian navigation satellite constellations would greatly help the sector.

While we are currently witnessing numerous opportunities being thrown in the spacetech sector, India will witness a growth spurt in the next two decades with deep tech players in the sector. Hopefully, India’s space market shall continue to make progress by leaps and bounds and India Inc along with its growing start-ups shall cater to the world’s needs.

Enquiry for Spacetech startups: Quest for the final frontier