• Government of India has announced first comprehensive agriculture export policy which has aim of doubling India’s agriculture exports and doubling the farmers income.
• Inspite of having huge potential, India’s share in the world agri-export market is not considerable.
• It is very important to have active export clusters at district level in order to tap the export potential of small and marginal farmers.
• There are successful clusters in India such as Gujarat Cooperative Milk Marketing Federation (branded Amul), grape cluster in Maharashtra (mahagrapes), etc where small and marginal farmers are getting great benefits. 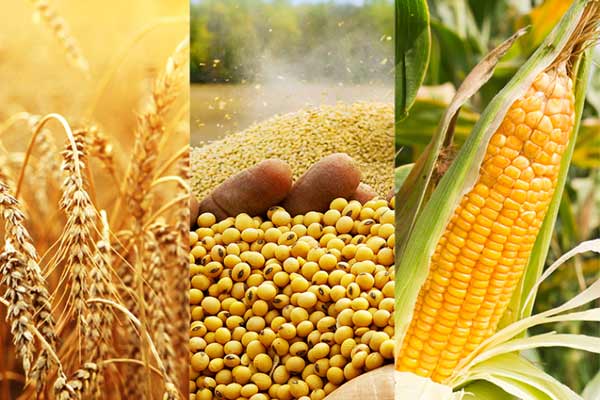 According to the Agriculture Census, average land holding in India is 1.15 hectares per farmer. In India 85% farmers are in marginal and small farm categories of less than 2 hectares. In these circumstances, clustering is the only solution for promotion of exports by small and marginal farmers and bringing them in the chain of agribusiness.

1. They have limited land and resources.
2. Their farm output is limited, due to which they can’t compete with big players in the market.
3. Domestic market is not organised hence market intelligence is not easily available to them.
4. Lack of input impact on productivity, which ultimately hampers price competitiveness.

Unless farmers are encouraged to do business, it won’t uplift their socio-economic status. Hence, efforts must be in the direction of farmers thinking beyond production.

Involvement of small and marginal farmers in the export basket is a highly challenging task because they have limited resources. However, without the involvement of 85 million small and marginal famers in export business, India’s agriculture export policy will not be successful. Agriculture export significantly influences farmers incomes because if there is export it does have an impact on the price of the same product in the domestic market too.

A single marginal farmer may not able to export, but with combined resources of a number of farmers, exports can happen.  Therefore, It is very important to have an active export cluster at the district level in order to tap the export potential of small and marginal farmers; through this, they can have the benefits of an export business. Formation of an export cluster strengthens farmers by bringing common resources such as:

• Common facilities for pre-cooling, cooling and storage, reducing the cost of market linkage, transparent standards of quality, mutually-owned insurance etc, can be availed collectively.
• Brand building of product even at local level.
• FPO’s and co-operatives linked with the farmers and exporters.
• Reaching farmers at grass root level and strengthening the supply chain to avoid losses.
• Emphasis on processing and value addition.
• New start-ups in agri-exports at village level.

There are successful clusters in India such as Gujarat Cooperative Milk Marketing Federation (branded Amul), grape cluster in Maharashtra (mahagrapes),etc, where small and marginal farmers are getting great benefits. Even at the international level, clustering is successful; for the example France (wine), Japan (Kobe beef), Colombia (Juan Valdez coffee) and New Zealand (Manuka honey).

Dr. Parashram Jakappa Patil is currently an Advisor/Consultant at APEDA. He has also served as the President of The Institute for Natural Resources, Kolhapur. He is also an export policy consultant for the Ministry of Commerce and Industry. He has received many awards and accolades lately; some of which include Young Researcher Award, Best Citizen of India Award.

One of the best article on Agriculture
Thank you Dr. Patil Sir

I am very keen to look after the rural farmers interest in Agri products and its export and look for necessary guidance to its successful operation. I am from West Bengal and would be glad to see our farmers from rural West Bengal to join this expo

To engage 85 million smallholders in the export market one thing is absolutely required:
1) Understanding of compliance, contamination of crop due to mislabeled inputs, and mass adoption of good agricultural practice.