Sameer Patil, Fellow, International Security Studies Programme at Gateway House: Indian Council on Global Relations, believes that the import embargo on 101 items indicates confidence in the government that India has sufficient defence-industrial capacity to replace imports in these products. Since the Indian Navy is the most indigenized in terms of production, he asserts that India should first look at naval products and equipment to achieve its self-reliance goals. 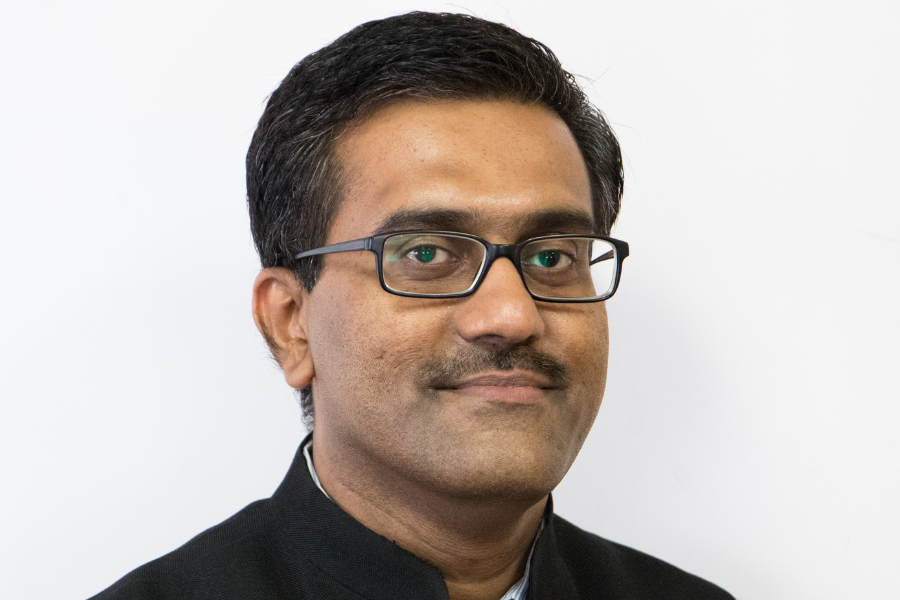 IBT: India has recently imposed an import embargo on 101 items in the defence sector. How well is the country positioned for indigenous manufacturing of these items? How can the government make the domestic industry ready?

Sameer Patil: If one looks at the list of equipment in the ban, many of these are already being domestically manufactured or will be manufactured in the near future, either indigenously or under license production. In my opinion, the government’s ban on the import of these items demonstrates that:

Of course, in the short term, this domestic production may cost us more, but eventually, in the long-term, it will help by developing the economies of scale and thereby saving the foreign exchange. To make the domestic industry a partner in this endeavour, the government has already launched initiatives such as the Strategic Partnership Model for Tier-1 defence companies and the Innovations for Defence Excellence (iDEX) programme for defence start-ups.

These are early days for these initiatives, but it is important that the private sector gets an equal opportunity in this domestic manufacturing. With a firm political will to reduce dependence on imports, we will surely achieve success.

IBT: The government has announced 100% FDI in the defence sector under the automatic route. What has been the response of foreign companies so far, and what measures would give them further confidence?

Sameer Patil: Since the Indian defence market is a huge opportunity for foreign defence majors, they too appreciate India’s quest for self-reliance in defence. Utilising the offset opportunities borne out of the arms imports, Indian companies have forged extensive partnerships with foreign companies, particularly with American and Israeli aerospace companies such as Tata-Lockheed Martin, BAE Systems-Mahindra Defence, etc. These partnerships have enabled Indian companies to develop niche capabilities and export sub-systems as an active participant of the global supply chain. It has not just contributed to the expansion of the defence-industrial eco-system, but also expanded Indian companies’ involvement in the civil aviation market.

This scenario is in contrast to the situation a few years ago, when foreign defence companies had rued the lack of the capacity of the Indian aerospace sector to absorb the offset obligations and advanced technology.

Going forward, the government will need to address the lengthy defence acquisition process, which remains a significant pain point not just for the foreign companies, but also the Indian private sector.

IBT: The DPP for the defence sector has been considered very cumbersome, despite several revisions. After multiple reviews, how well is it geared towards facilitating participation by the private sector in defence manufacturing? What further improvements do you recommend in the DPP 2020?

Sameer Patil: One aspect of the DPP-2016 which stood out for me was the Strategic Partnership (SP) model, which offers a real opportunity for the private sector to manufacture major equipment such as fighter jets, submarines and helicopters, in collaboration with a foreign defence company. However, the success of the SP model depends on whether we can address the issue of the lengthy acquisition process, because the private sector cannot wait indefinitely for years for the final contract to be awarded.

In my research, I have also pointed out the need to reorient the SP model. There is a need to leverage the defence public sector units’ (DPSU) strengths of experience and infrastructure and the private sector’s management and financial expertise to forge partnerships between the two. This partnership between the DPSU and a private player should be prioritised in defence procurement to manufacture the 12 categories of equipment and platforms under the SP model. These would be my two recommendations for the DPP-2020:

a) Rationalise and optimise the defence procurement process; and

b) Reorient the strategic partnership model.

IBT: How can India create a well-defined ecosystem for defence manufacturing that also involves MSMEs, similar to the success achieved in other sectors like automobiles?

Sameer Patil: DPSUs like Hindustan Aeronautics Limited have forged an extensive ecosystem of small-scale industries, which provides both defence and civil supplies. A significant opportunity exists for them in defence offsets, particularly in aerospace-related systems. These need to be utilised for the MSMEs by:

a) Ensuring easier credit access;
b) Offering long-term business opportunities; and
c) Providing incentives such as tax holidays for R&D, which can scale up their involvement.

DPP-2016 now provides for funding the development cost of equipment for the MSMEs to the tune of Rs. 3 crores. The homeland security market is another opportunity for the MSMEs to explore, where they can offer products not just for the domestic market but also for exports. Here, the government has taken steps such as the iDEX programme for the defence start-ups to augment the operational capabilities of the Indian defence and security forces. If this programme is expanded, it can encourage innovation of technologies with the potential for commercialisation. Steps such as these will form the backbone of a vibrant defence-industrial base for India.

IBT: How can India manage a balancing act between domestic and foreign procurement, which helps it progressively build self-reliance and also ensure that the interests of the armed forces are not compromised?

Sameer Patil: We have to keep the interests of the armed forces at the core of our ongoing efforts for modernisation. For this, they must get access to the advanced, combat-proven equipment. This can be done by ensuring imports of such equipment only in the short and medium-term so that the armed forces’ operational preparedness is not affected. The key here will be to utilise the offset opportunities arising out of these imports to build self-reliance by encouraging investments in joint production and defence R&D.

The first will build the necessary industrial capacity, and the second will build the technology base in the country. These two will help in eventually ensuring that the long-term operational requirements of the armed forces are met through only locally developed and manufactured equipment.

IBT: What is India’s current stature and challenges with respect to defence R&D? How can it be improved? In which areas can India aspire for an increase in exports of defence equipment and how?

Sameer Patil: Defence R&D has remained a major weakness for India, and that has directly contributed to the absence of indigenously designed and developed equipment, barring few exceptions such as the Tejas Light Combat Aircraft. In recent years under ‘Make in India’, going beyond the Defence Research and Development Organisation, the government has encouraged private sector including the start-ups to participate in defence R&D. Worldwide too, the trend is towards greater involvement of the private sector in national R&D efforts.

The iDEX programme has been off to a great start by identifying start-ups which will develop technologies related to secure hardware encryption devices, unmanned surface and underwater vehicles, and 4G/LTE tactical local area network, among others. Since there is a long gestation period from R&D to commercialisation, we will see its impact in the coming years.

One area which has gone relatively unnoticed is India’s foreign defence technology collaborations. India has initiated several projects with other countries to co-develop and co-produce defence technologies, required by the Indian and partner country’s militaries. Some of these predate Make in India and have already fructified, such as development and operationalisation of the Barak 8 missile system with Israel and the Brahmos missile systems with Russia.

Some are ongoing, like with the United States, where the two countries are researching on technologies such as lightweight small arms and air-launched drones. These foreign defence technology collaborations will also open export market opportunities.

IBT: What global benchmarks do you see in terms of building self reliance in defence production, and what can India learn from them?

Sameer Patil: In terms of global benchmarks to build self-reliance, there are examples of South Korea, Turkey, and Brazil, which have used various models to achieve a strong local defence-industrial base. In the process, these countries have emerged as defence exporters by developing niche capabilities. Turkey achieved it by focusing on technology transfers and co-production agreements while Brazil focused on offset opportunities to develop indigenous capabilities.

It is important to understand that self-reliance cannot be achieved in all areas in one go. Therefore, it is important to pick up the areas where we have already achieved a fair degree of capacity and expertise.

In case of India, since the Indian Navy is the most indigenised of the three services and we have a suitable ship-building capacity (though more in DPSU shipyards than the private sector), we should prioritise achieving self-reliance in ship-building and naval systems. This will contribute to the upgrading of naval capabilities, which will contribute to enhancing India’s profile in the Indo-Pacific.