Anuj Kapoor, Assistant Professor of Marketing, IIM Ahmedabad opines that Search Engine Optimization (SEO) won’t reap as many dividends in the COVID age as before. This is partly due to the fact that consumers have more time in hand and they can easily go through their organic search compared to the sponsored content. 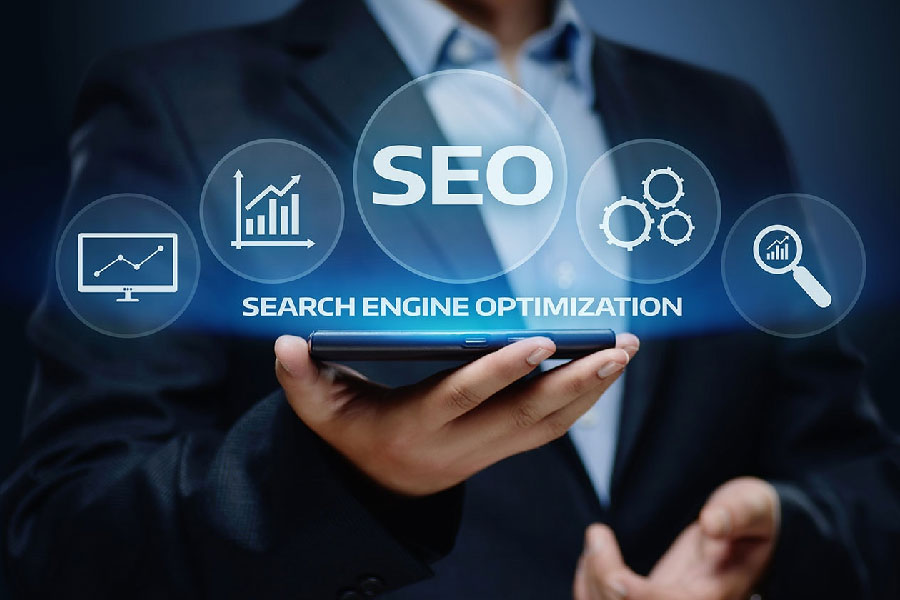 IBT: What have been the major drivers of the shift to digital advertising over the past few years across the world? How is India similar or distinct in this context?

Prof. Anuj Kapoor: Major drivers of the shift to digital advertising over the past few years across the world –

As far as the question of India’s similarity or dissimilarity is concerned, we expect the digital advertising patterns to mimic the patterns across the world along the dimensions of mobile phone penetration and high speed internet penetration. But what differentiates India from rest of the world is varying levels of segregation and crowdedness. India has some of the most crowded places and therefore, digital marketers needs to be cognizant of the crowdedness levels and other such environmental factors before blindly following a homogeneous mobile ad strategy for all the Indians. Further, population in Tier-3 and Tier-4 cities of India have limited access (around 2 GB) to high-speed internet and therefore, digital advertisers need to take care of the relatively short attention span and limited internet presence (even though it’s of high quality) of these consumers.

IBT: How has COVID-19 shifted the consumer approach towards consumption of digital mediums like OTT, social media, gaming, etc? How have advertisers responded to the same, in order to maximise ROI of their marketing investments?

Prof. Anuj Kapoor: One reason behind the shift was more on the supply side i.e. due to COVID, film and television shootings were stalled and OTT platforms. OTT platforms were at an advantage as their customers are more receptive to experimental content (which can be shot with constraints) compared to the traditional television audience which prefer elaborate film sets and presence of elaborate crew and technicians on the set.

OTT platforms provide the consumers the luxury of consuming content at their own speed and in pieces – something preferred by current generation of millennial’s – who have short attention spans.

With millennial population being more digitally connected their older counterparts, role of recommendations and reviews have become all the more important for content consumption associated with OTT mediums compared to more traditional content.

Social media has become all the more important as it is the only way for the individuals to connect digitally (with lock downs and social distancing recommendations in place) and that’s the only way for the individuals to raise their voice and feel productive during this pandemic. Campaigns like Black Lives Matter gained a lot of traction on platforms like Twitter as individuals are more likely to consume and share content that is related to social causes and collective wisdom of the crowd. Advertisers can leverage this changing behavior of the individuals on the social media platforms while designing their advertising campaigns.

During peak lockdown, the sports websites saw a drastic fall in user visits. To compensate for this, fans have moved to websites such as Twitch, where they can watch people play eSports. As per a report by the World Economic Forum, the video game market in 2020 will be worth nearly $160 billion with almost half of that coming from mobile gaming. The revenue model for the gaming industry has been consumer spending and advertisement revenues. As per a report by Unity, the ad revenues from mobile gaming increased by 59% and ad impressions by 57%. The growth in gaming behavior implies that companies have to devote time to enhance user engagement of every player. The new gamers will be inclined to build their gaming profiles, stream them, and gain recognition without having to step outside their homes.

Lastly, firms should leverage social media influencers to increase the reach, effectiveness and persuasiveness of the digital advertising content.

IBT: Now that the economy is opening and people are stepping out of their homes, how do you expect media consumption habits to change in the next few months? What are the most lucrative avenues for B2C marketers to promote their brands among the millenials in India and why?

Prof. Anuj Kapoor: Cross Channel Marketing: With the ease of lockdown restrictions, consumers embrace physical shopping (in a limited manner) along with online shopping. Research suggests that online and offline advertising are not distinct marketing channels but online advertising channel does substitute for the offline channel. Therefore, B2C advertisers should promote their brands across both the channels.

Location based advertising: B2C firms can leverage location-based advertising techniques to target individuals based on granular, hyperlocal geolocation data. These are two simple examples of location-based targeting: geofencing and geoframing. Geofencing enables marketers to target mobile devices based on their location, allowing advertisers to reach individuals who enter a large location. On the other hand, geoframing enables the creation of a custom audience based on mobile devices collected within a specific location and time.

IBT: What advantages do sharing ads over digital mediums have in comparison to their other counterparts? What key criteria should brands keep in mind as decide their digital marketing mix, i.e. SEO, SMO, e-mail marketing, video marketing, etc?

Prof. Anuj Kapoor: We anticipate that Search Engine Optimization (SEO) won’t reap as many dividends in the COVID age as before. This is partly due to the fact that consumers have more time in hand and they can easily go through their organic search compared to the sponsored content.

Social Media Optimization must be an essential component of any digital marketers tool kit. B2C firms should optimize their content placement and level of personalization. Though personalization is good, too much personalization can also backfire due to the concerns of privacy intrusion.

Email marketing: Again, we would recommend firms against using email marketing during COVID times, as most of the consumers are working from home and with incessant emailing and messaging, email marketing will only add to the annoyance of already frustrated consumer.

IBT: Video is considered a major digital engagement tool for brands in the present context. How is it working out in reality from a content marketing perspective and what are the key elements of a successful engagement strategy through videos?

Prof. Anuj Kapoor: (1) Videos need to be hyper-personalized in terms of the language preferred by the user. With the ban on TikTok, homegrown players have sprung up that are offering users the option of uploading content in multiple languages.

(2) Length of the videos are small. With the attention span of the consumers as well as the content producers reduced to even less than of a goldfish (https://www.exchange4media.com/digital-news/human-attention-span-drops-to-lower-than-that-of-a-goldfish-taboola-nielsen-study-100279.html), brands need to attract user’s attention in the first instance (i.e. first few seconds). This is the key to successful engagement. This idea relies on the phenomenon “Thin Slices of Life” pioneered by late Stanford psychologist, Nalini Ambady, which means that users observe a small selection of the video content, usually the first few seconds, and are able to accurately draw to conclusions about the utility and entertainment value of the videos.

(3) Video content is leading to the emergence of services marketplaces like BoloIndya, that host short video content that is used to sell these services and create engagement for the service providers.

(4) Emergence of the passion economy: Video content creation has led to the emergence of  niche communities focused on creating and sharing content that resonates with individuals – also known as passion economy. Anuj Kapoor is an Assistant Professor (Marketing) at IIM-Ahmedabad. His research interests include computational social science, marketing analytics, platform design, machine learning algorithms, and causal inference. His research brings together theory from psychology and economics, statistical tools and granular consumer data to better understand consumer decision making and to improve the strategic marketing decisions of firms. He has worked closely with Indian startups to suggest them more ways to become data-driven. With inputs from Akash Chaturvedi, a tech-enthusiast and a software engineer at Qualcomm, San Diego. His interests are in IoT, 4G, Artificial Intelligence and Machine Learning Algorithms.