India’s pulses production has increased steadily over the past few years, consequently ensuring a drop in imports. It is an opportune time to leverage this rise to aggressively tap the international market, as the domestic demand-supply gap narrows. 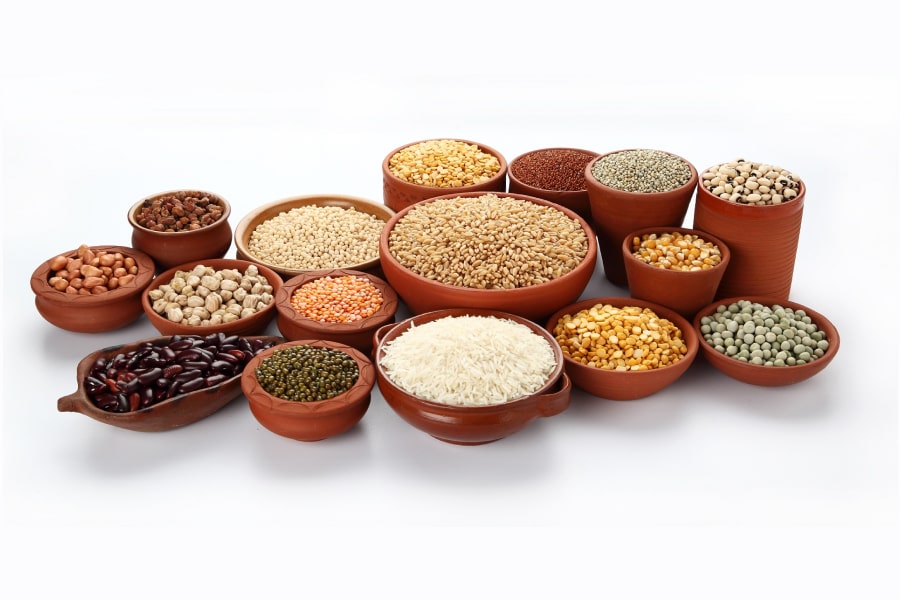 Pulses are edible dry seeds of plants belonging to Leguminosae family. Owing to the presence of protein and minerals in pulses at large scale, they are particularly relevant to the diets of vegetarians. As per Food and Agriculture Organisation (FAO), India is the largest consumer and producer of pulses. The most produced pulse in the country is gram with a share of 43% in country’s total production. Some of other pulses that are grown include Tur (15%), urad (13.85%) and moong (11.14%).

Furthermore, a significant portion of the production pulses come from Madhya Pradesh, with a share of 32.14% in total production. Some other states which produce pulses are Rajasthan (13.42%), Maharashtra (13.09%) and Uttar Pradesh (8.75%). However, the country’s total production falls short of meeting the growing demand of the large domestic population. Thus, India also imports pulses at a large scale, and is in fact the leading importer. In 2019, India’s share in the total imports of pulses was 16.4%, followed by China (8.4%) and Bangladesh (5.9%). However, recent trends in production growth have been encouraging.

Table 1: Production of pulses in India

A report in 2016 by Arvind Subramanian, former Chief Economic Adviser of India, recommended that government interventions including raising MSP and procurement would boost production of pulses in India. The report says that despite higher market prices for pulses such as Urad, small farmers face low price realisation due to low bargaining power. Thus, a remunerative MSP will act as a price floor for pulses in the market. Furthermore, an effective procurement of pulses by the government along with lucrative MSP will incentivise the farmers to produce more pulses. In case of low market prices, farmers can sell their produce to the government at sufficiently high MSP.

Seeing the past trend in these two government-controlled factors, the rise in production of pulses can indeed be accrued to the rise in MSP and procurement of pulses. The below table shows a continuous increase in MSP for tur, moong, urad and gram during 2014-19. Along with this, procurement of pulses by the government has also increased. Narendra Singh Tomar, Minister of Agriculture and Farmer’s Welfare, said, the total procurement has increased from 1.52 LMT during 2009-14 to 76.85 LMT during 2014-19, an increase of 4,962%. Procurement by NAFED under the price support scheme (PSS) as shown in the table has increased by 4,125% during 2009-19, benefiting 38.82 lakh farmers.

Table 2: Change in MSP for pulses over the years

Source: Ministry of Agriculture and Farmers Welfare, figures in Rs per quintal

Narendra Pratap Singh, Director at Indian Institute of Pulses Research (IIPR), further opines that rise in import duties on some pulses, creation of 20 lakh tones buffer stock, scrapping of restrictions on exports, cluster demonstrations organised through Krishi Vigyan Kendra (KVK) are some other factors which have stabilized production of pulses.

The annual exports of pulses from India was valued at between US$ 200 million and US$ 300 million during 2014-20, which implies that the growth in production has not reflected on exports. In 2020-21 (Apr-Feb), the export value stood at US$ 272 million. However, exports to China and Bangladesh, which are the leading importers of pulses (other than India) have increased significantly, by US$ 35.6 million and US$ 22.76 million during 2014-20, respectively. Source: Ministry of Commerce & Industry, Government of India; figures in US$ million

Commenting on the future impact of the rising production of pulses on exports, N. P. Singh opines that more output would be available for export as there will be less supply demand gap in the domestic market. However, there are other factors as well that affect India’s export of pulses. These include poor storage facilities, less keeping quality of pulses, unequal size of the seed of pulses, high demand in the domestic market and variation in the maturity of pulses.

Dr. Pankaj Bankar, manager at Pisum Foods, comments, “In pulses, the moisture content is a very important component. There is much less awareness among producers about the parameters like moisture, machine cleaning and polishing which we focus on for exporting pulses”. Thus, to boost the exports of pulses from India, these factors need to be addressed. For this, Bankar opines that the government should assist exporters by providing warehouses and technical information. Other than this, India can also consider lifting bans on exports and exploring trade of dal and other value added products to gain in the export market.

Thanks for posting this informative article. its very helpful for all users who interested in pulses export business.

Thank you for sharing this informative Article with us. keep sharing these kinds of Article. if you want to read more blogs related to this so you can visit to this blog. https://blog.tradologie.com/global-trade-of-indian-pulses-overview/

Thank you for this wonderful blog.
Pulses Impoter

Thank you for sharing this wonderful blog with us.Keep sharing these kinds of blogs on pulses.

Thanks for such a pleasant post. This post loaded with lots of useful information. Keep it up. If you are looking for the best information and suggestions related to Beans supplier then visit us.

Enquiry for Scripting an export success story for Indian pulses