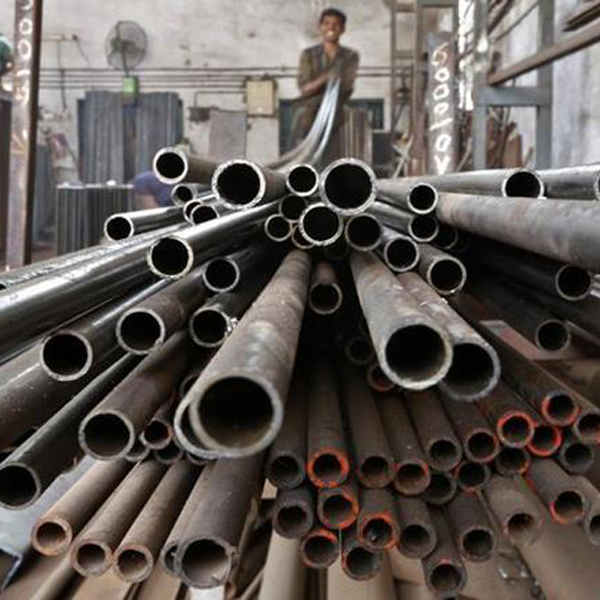 India has challenged the WTO dispute panel’s ruling that the country’s move to impose safeguard duty on some iron and steel products was inconsistent with certain global trade norms
India notified the WTO’s dispute settlement body of its decision to appeal to the Appellate Body on certain issues of law and legal interpretations in the panel report.

The issue pertains to a case filed by Japan in December 2017 against India’s decision to impose safeguard duty on some iron and steel products. The Geneva-based appellate body can uphold, modify or reverse legal findings and conclusions of WTO’s dispute panel and its reports. If the body’s ruling goes against India, the country will have to comply with the order in six-seven months.

In September 2015, India imposed provisional safeguard duty. Safeguards are emergency measures in the form of tariffs, quotas or both, that are intended to address serious injury or the threat of serious injury caused by an unforeseen increase in imports. Unlike the rules that allow WTO Members to derogate from their trade liberalizing commitments to address unfair trade practices like dumping or subsidization, safeguards are derogations to address increased volumes of fairly traded imports and are exceptional in that important sense. It therefore is not surprising that the WTO rules governing safeguards carefully limit when they are permitted and hold members imposing them to a very high standard to demonstrate that they are justified.

A WTO Member contemplating a safeguard on more than a provisional basis (i.e. beyond 200 days) is required to assess whether the proposed safeguard is warranted. It must demonstrate the existence of unforeseen developments and must show through “reasoned and adequate explanations that the unforeseen developments have resulted in increased imports of the specific products targeted by the safeguard, and that there is a causal link between the increased imports and serious injury or threat of serious injury to the relevant domestic industry.

To establish the existence of serious injury or threat, the WTO Member must examine all relevant factors, including those listed in the WTO’s Agreement on Safeguards relating to the scale of the increase in imports, the share of the market captured by them, and factors relating to the performance of the domestic industry. If the trends in only some factors are positive, there must be a compelling explanation as to how and why the domestic industry is nevertheless injured. Care must also be taken to distinguish between other factors that may be injuring the domestic industry and the injurious effects of the increased imports.

Japan launched the dispute settlement proceedings against India last year challenging the “definitive” safeguard duties imposed on imports of hot-rolled steel flat products by the revenue department of the Indian finance ministry during September 2015 and March 2018.

It argued that the definitive safeguard duties of 20% ad valorem minus anti-dumping duty imposed by the Indian revenue department from September 2015 to September 2016, 18% ad valorem from September 2016 to March 2017, 15% from March 2017 to September 2017, and 10% ad valorem from September and March 2018, are inconsistent with several core provisions of the WTO’s Safeguards Agreement. Japan said India’s definitive safeguard measures violated several provisions of the World Trade Organization’s Agreement on Safeguards. Tokyo had maintained that the Indian measures also violated the most-favoured-nation agreement and the rules on quantitative restrictions. Several countries, such as the US, Australia, China, the EU, Indonesia, Kazakhstan, South Korea, and Russia, joined as third parties in the dispute.

In its ruling, the panel said India’s safeguard duties are inconsistent with several core rules of the global trade as they failed to “demonstrate that the unforeseen developments and the effect of GATT (General Agreement on Tariffs and Trade) obligations resulted in an increase in imports” of the steel products. India also violated several other provisions of the Safeguards Agreement, according to the panel

The Steel Ministry is in favour of contesting the WTO ruling as it believes that the decisions going against India could be challenged at the WTO with the country submitting more evidence to establish its case. It feels that getting the verdict changed could help India score a larger point. While the Commerce Ministry believes that there is no need for such a move as the safeguard duties that have been found violate of existing rules do not exist anymore. Now we need to wait and watch how, well India defends this case in second chance.