Reorienting SEZs for a self-reliant India

India’s SEZ policy has led to significant success for its IT industry, but under the new Foreign Trade Policy, it needs to be reoriented to both comply with WTO norms and promote India’s manufacturing competitiveness in focus sectors. 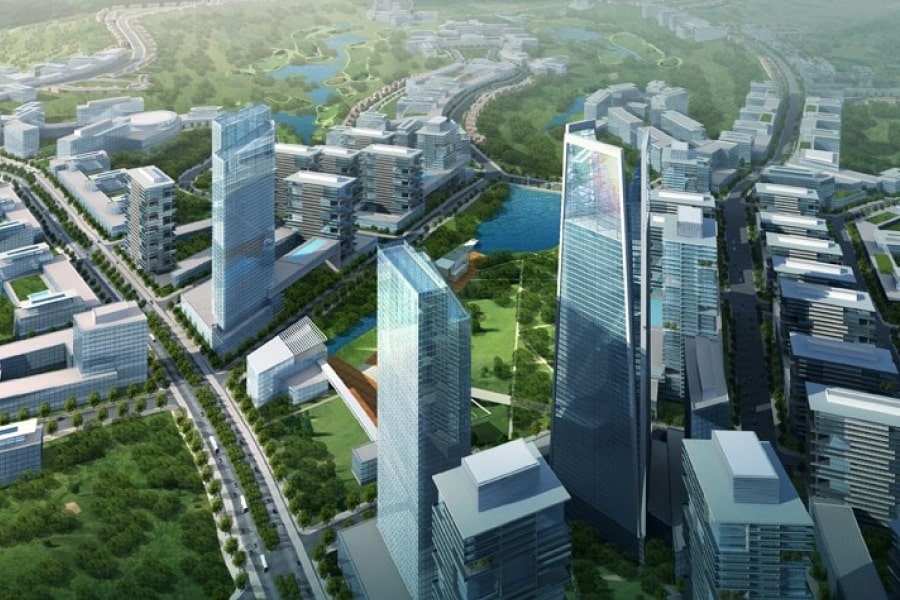 According to the World Bank, special economic zones (SEZs) are geographical areas within the national borders of a country, where business rules are different than for the rest of the economy. SEZs offer incentives in terms of infrastructure, duty exemption, tax incentives, etc that make it easier to conduct business. The condition for the companies in the SEZs is that almost all the output of these firms have to be exported.

With the purpose of promoting exports, investment, and employment opportunities, the Indian parliament passed the Special Economic Zones Act, 2005. The SEZ Act provides for simplification in procedures and single-window clearance for approvals of central and state governments. Furthermore, some of the incentives given by the central government to SEZs include duty-free import, phased tax holiday on export income, and exemption from Minimum Alternate Tax (MAT). Other facilities include exemption from central sales tax, services tax, and state sales tax, all of which are embodied under the Goods and Services Tax (GST).

Export trends for SEZs in India

As India is in the process of formulating its Foreign Trade Policy for the next five years, it is pertinent to review its SEZ policy, especially since it lost a case, in this context, against the US at the WTO. The latter had alleged that India’s subsidy schemes including Merchandise Export from India Scheme (MEIS), Export Oriented Units (EOU), Special Economic Zone (SEZ), Export Promotion Capital Goods (EPCG), and Electronics Hardware Technology Parks (EHTP) are harming American companies. India has argued against the ruling, stating that its SEZ scheme does not mandate export performance and thus does not violate WTO’s rules.

Furthermore, while the SEZ policies have benefited the service based companies, the manufacturing companies in SEZs haven’t experienced similar export-led growth. Some reasons cited by Baba Kalyani report include policy uncertainty, procedural delays, infrastructural bottlenecks, and other complexities. Also, the advantage of duty free imports of inputs accrued to manufacturing companies in SEZs gets negated in many cases due to FTAs. Arpita Mukherjee comments, “Such a situation does not arise in other countries since their differential tariff rates are much lower than India”. Indian SEZs have attracted more IT firms than manufacturing companies due to tax incentives. Out of 262 operational SEZs, at least 150 belong to IT/ITeS services.

The Baba Kalyani Committee has been set up by the Indian government to evaluate the SEZ policy and make it compatible with WTO requirements. Notably, the Committee suggested shifting the focus away from exports to more integrated hubs for employment and economic activities supported by quality infrastructure and ease of doing business.  The quantum of initiatives should be based on investment committed, job creation, promoting women in job, value addition, technology differentiation, trade potential and priority industry.

The committee also recommends that high-quality infrastructure, including shipping ports, warehouses, high-speed rail, cargo/passenger airports, etc is critical to enhancing export competitiveness of the zones. Also, other facilities such as improving access to finance and allowing long term borrowings would also facilitate development of SEZs.

Tax exemption on export income for India’s SEZs has also been shortened to 5 years, after which developers in the zone would not enjoy complete exemption from tax payment. Other countries such as Indonesia and Costa Rica enjoy exemption for 12 years and in Thailand, it is more than 12 years. This affects the competitiveness of SEZ exports, thereby putting them at a disadvantage. Thus, the Baba Kalyani Committee report recommends an extension in the sunset date, which would help existing SEZs utilize the assets and secure investments in the zones. It would also boost investment earnings. However, the tax incentives are considered as a violation of WTO rules and as a result, many countries are imposing countervailing duties on India. Thus Arpita Mukherjee, professor at ICRIER, recommends availing input subsidies to the SEZs, which would comply with the WTO rules.

India had 232 SEZs, of which 25 are multi-product ones and the rest are sector-specific ones, with 5,109 approved units, as of March 31, 2019. At present, an exporter in an SEZ and a foreign exporter are at par when it comes to selling goods to a domestic tariff area (DTA). Instead, exporters within SEZs should be incentivised on the degree of value addition they bring to a product. He should be allowed to import raw material at zero duty and avail duty rebate proportionate to value addition. This will keep him at an advantageous position as opposed
to importing finished products from another country.

Apart from India, many other economies in Asia have set up SEZs. According to the World Bank, SEZs in China have contributed 22% of the economy’s GDP, 60% of exports, and 45% of FDI. To attract investment in these zones, China provides incentives such as cheap land, swift customs clearance, repatriation of profits and capital investment, exemption from duty on imports, exemption from export tax, etc.

Furthermore, lenient labor laws, good infrastructure, and lower charges in terms of rents and payments have also helped the country’s SEZs to become a success. In addition, China’s SEZs are also closely linked with the domestic economy through value chains and supply chains, which help them attain economies of scale. China’s experiences exemplify the importance of quality infrastructure and strong domestic linkages.

Finally, governments across the world have recognized clusters as key drivers of enterprise development & innovation. Shared capacities help produce goods at much lesser costs. The government should identify greenfield clusters for manufacturing products where India has significant scope to boost competitiveness like furniture, food processing and electricals with sunset window and other tax benefits. This will help create a mega ecosystem, where investments can generate guaranteed and sustainable returns.

Enquiry for Reorienting SEZs for a self-reliant India