Protecting MSMEs from the Covid-19 catastrophe

• While the pan-Indian 21-day lockdown is a necessary decision to flatten the country’s Covid-19 curve, it will take a toll on the country’s fledgling MSME industry.
• Anecdotal evidences shows a substantial reduction in the demand of goods, shortage of working capital, large-scale exodus of labour and severe drops in capacity utilisation.
• The government has taken a series of measures to ease these issues faced by the country’s MSMEs such as increase lending at cheaper interest rates and extension to file GST returns.
• Further short-term measures (like sanctioning additional working capital & a universal basic income for workers) and long-term measures (e.g. self-reliance in critical resources and incentivising MSME exports) may be necessary to secure the future of these enterprises. 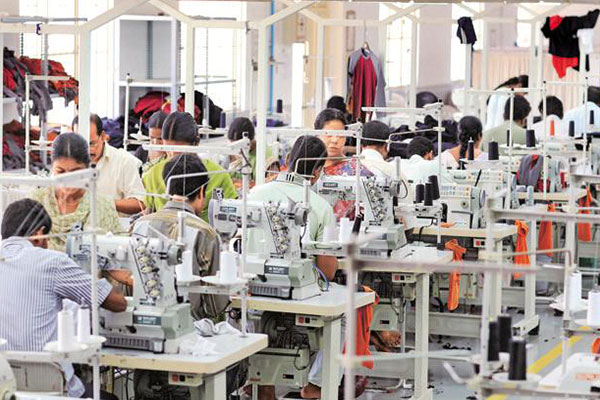 While the world was bidding goodbye to 2019 and eagerly anticipating the new year, China’s Wuhan was being ravaged by the humungous outbreak of the contagious coronavirus Covid-19. Cut to March 2020, from the colonies of Colombo to the boulevards of India, there’s hardly any country on the face of this earth which has been spared by this highly contagious and macabre experience. So much so, that the Indian government decided to impose a 21-day lockdown, starting March 25 in order to contain the contagious contagion and protect the lives of citizens. While this pan-Indian lockdown is necessary to flatten the country’s Covid-19 curve, it is expected to take a huge toll on business, particularly the country’s fledgling MSME industry.

According to the information received from the Central Statistics Office (CSO), Ministry of Statistics & Programme Implementation (MOSPI), the share of MSME related products in total exports from India during 2018-19 stood at 48.1%. Further, MSMEs’ contribution to India’s employment generation as per 73rd Round of National Sample Survey during the period 2015-16 stood at 111 million. Over the last few years, this sector has played a crucial role in providing mass employment opportunities at comparatively lower capital costs than large industries. It has also acted as a catalyst for bringing about the industrialisation of rural & backward areas, thereby, reducing regional imbalances, assuring of more equitable distribution of national income and wealth.

However, the recent lockdown of the country is wreaking a major havoc for the MSME sector. Anecdotal evidences from media reports on the impact of Covid-19 on SMEs suggest that there is substantial reduction in the demand for goods due to closure of malls, shops, haat bazaars & weekly markets in the urban, semi-urban & rural areas of the country. The scenario is quite similar for the international market. Sectoral estimates, for example, suggest that about ₹ 7,600 crore of leather export orders have been cancelled, ₹ 2,000 crore worth of carpet orders are stuck and handicraft sector losses are seen at ₹ 8,000 crore.

This is resulting in acute shortage of working capital for MSMEs. Restrictions on the inter-state movement of goods is also impacting the maintenance of the timely delivery schedules. Another problem that the sector is facing is that MSMEs are not equipped with the work from home facility.

The large-scale exodus of labour in search of livelihoods in the rural hinterland is another challenge faced by these businesses. Measures to contain the disease by lockdowns and quarantines are also leading to further and more severe drops in capacity utilisation as production in most of these units has come to a halt and inventories are piling up. Added to these woes is the fact that now that China seems to have contained this illness, its production units are running in full swing, thereby posing a threat to Indian MSMEs and eroding their share in other markets. This is evident when one looks at the ventilators being produced by China’s Aeonmed Co, which been working around the clock to produce its lifesaving ventilators. The world is undoubtedly procuring whatever it can, considering the threat of a shortage for patients who may require critical care.

The gravity of this situation becomes apparent when one looks at some international comparisons for reference. OECD Economic Outlook Interim Report (March 2020) has clearly stated that a third of SMEs in China only had enough cash to cover fixed expenses for a month, with another third running out within two months. In Italy, 72% of the 6,000 responding MSME firms were directly affected by the situation because of a drop in demand or problems along the supply chain and/or transport and logistics. Similarly, over one-third Polish SMEs that were surveyed experienced increased costs and reduced sales, with 27.5% of respondents already encountering cash flow problems. Further, 71.8% Korean MSMEs stated they would be affected by the outbreak, with more than half of these firms stating that they were unable to meet delivery dates due to factory closures in China.

Anticipating some of these issues, the government has taken a series of measures to ease, if not curb, these challenges. For example, the country’s central bank recently introduced Long Term Repo Operations (LTRO) worth ₹ 100,000 crore to help banks increase lending at cheaper interest rates. Government-run banks are also being encouraged to keep loans worth ₹ 60,000 crore on standby. The deadlines for filing belated Income Tax Return for all businesses for FY 2018-19 and GST returns have also been extended. The Finance Minister also announced that government will bear the EPFO contribution on behalf of employees as well as employers firms with less than 100 employees and with majority of those earning below ₹ 15,000 per month.

While the efforts taken by the government to offer a cushion to these ailing businesses in the face of this unprecedented health calamity are commendable, more measures may be needed, considering the gravity of the situation.

In the short run, a relief fund can be set up to help the MSME sector tide over this crisis and preventing commercially viable MSMEs from shutting down. Banks should be encouraged to allow additional sanction of working capital to this sector as they are currently facing severe cash crunch on account of subdued domestic demand and international trade. These firms should also be offered relaxations/flexibilities, for at least 3 months, when it comes to issues like monthly EMI payments, loan instalments, and term liabilities without affecting their credit rating. Government may also work on a compensation package to MSMEs based on decrease in turnover/income due to cancelled orders, production cuts, lack of workers, etc.

When it comes to supporting the workers of this segment, a significant proportion of which come from the bottom end of the pyramid of the society – the government can consider the idea of disbursing a universal basic income or wage support as they face mass lay-offs or salary cuts.

In the long run, though, the industry needs to seriously think about becoming self-reliant in critical resources. Nothing has made the need for shunning import dependency more felt than the Indian pharmaceutical industry, which is reported to rely on China for a whopping 70% of its Active Pharmaceutical Ingredient (API) imports. Further, efforts must be made towards the integration of Indian MSMEs into global value chains. This could be done through promoting Brand India abroad through promotion of export-oriented MSMEs and making sure that the quality of Indian goods & services is at par with its other competitors.

Another major move that will go a long way in transforming the contribution of this sector is formalising it, since at present a large chunk of this segment is informal. This will seriously mitigate some of the vulnerabilities that the workers in this sector are exposed to such as physical abuse or getting benefits like health insurance.

Besides, considering that India is still grappling with substantial new Covid-19 cases everyday, a phased lifting of lockdown may have to be adopted. Activity may be reopened gradually, with social distancing norms well in place. This would also include monitorying of compliance and continuing stringent quarantine measures of identified Covid-19 hotspots across the country.

Enquiry for Protecting MSMEs from the Covid-19 catastrophe