The word biscuit is derived from an old French word ‘bescuit’ which means “twice-cooked”.  This is because biscuits were originally cooked in a twofold process: first baked, and then dried out in a slow oven. The popularity of biscuit may be attributed to its characteristics such as nutritious, easy-to-store, easy-to-carry, and long-lasting. It is primarily used as a snack.

For India, Sweet Biscuit is an important commodity owing to its large demand in primarily European and American market which India  so far has not been  able to tap despite availability of adequate raw materials such as wheat and sugar. Its significance is also driven by the push for value added commodity export. 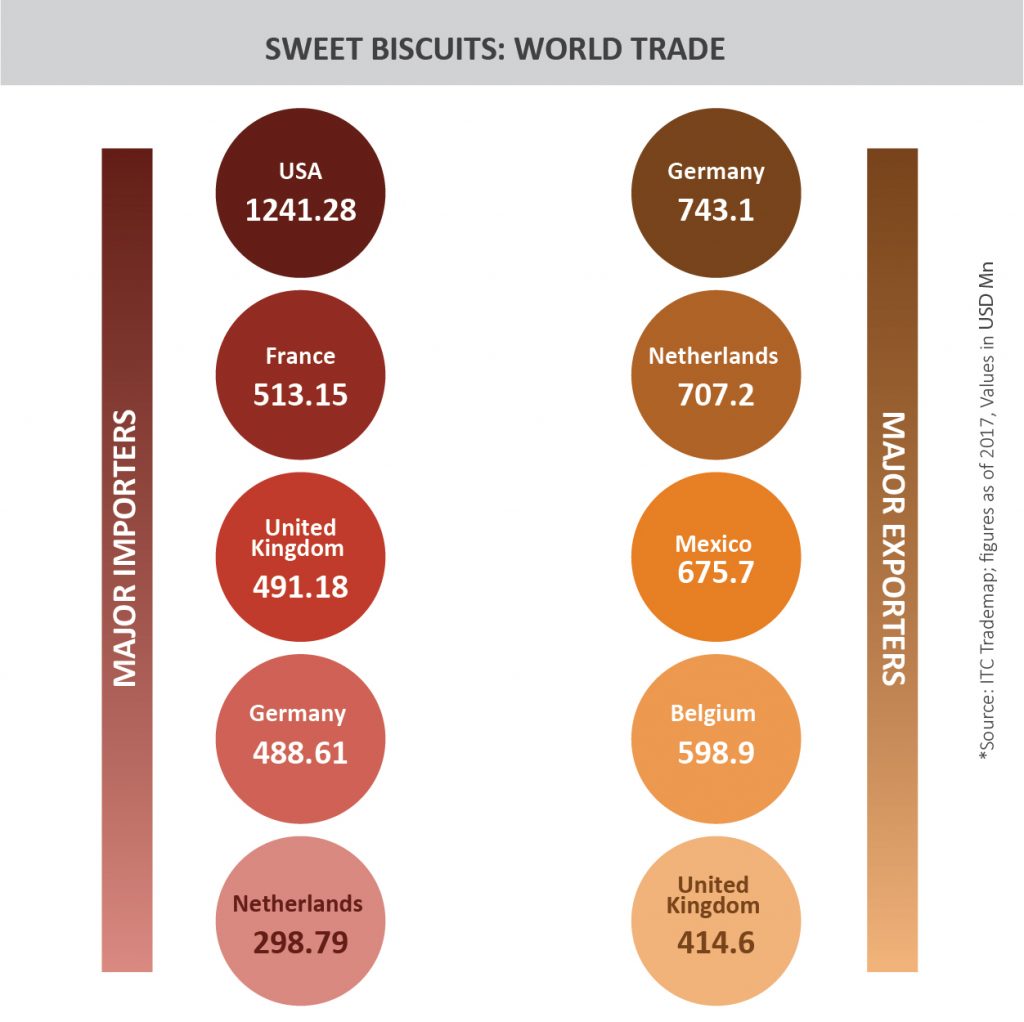 India exported US$ 169.5 million in 2017 primarily to USA and African nations such as Angola. India imported sweet biscuits of worth US$ 6.1 million in 2017 Primarily from ASEAN countries. 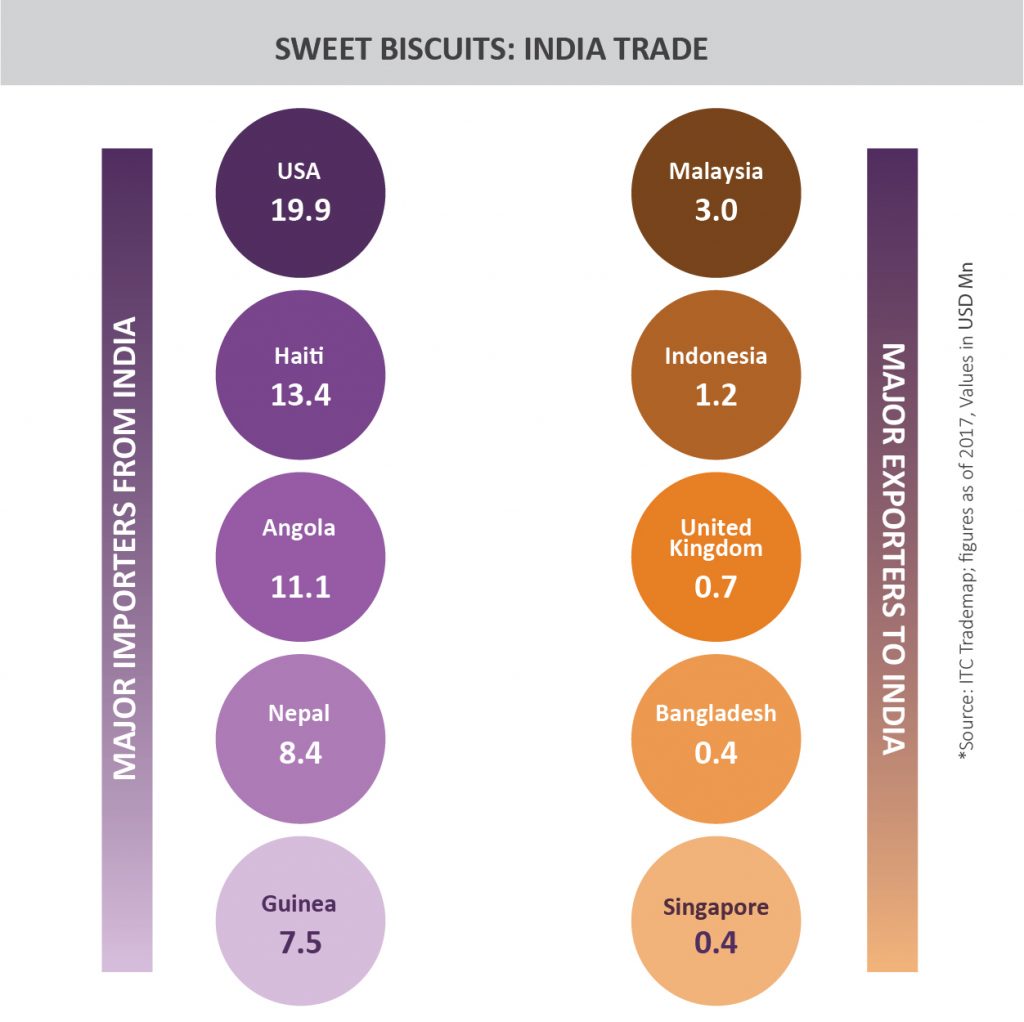 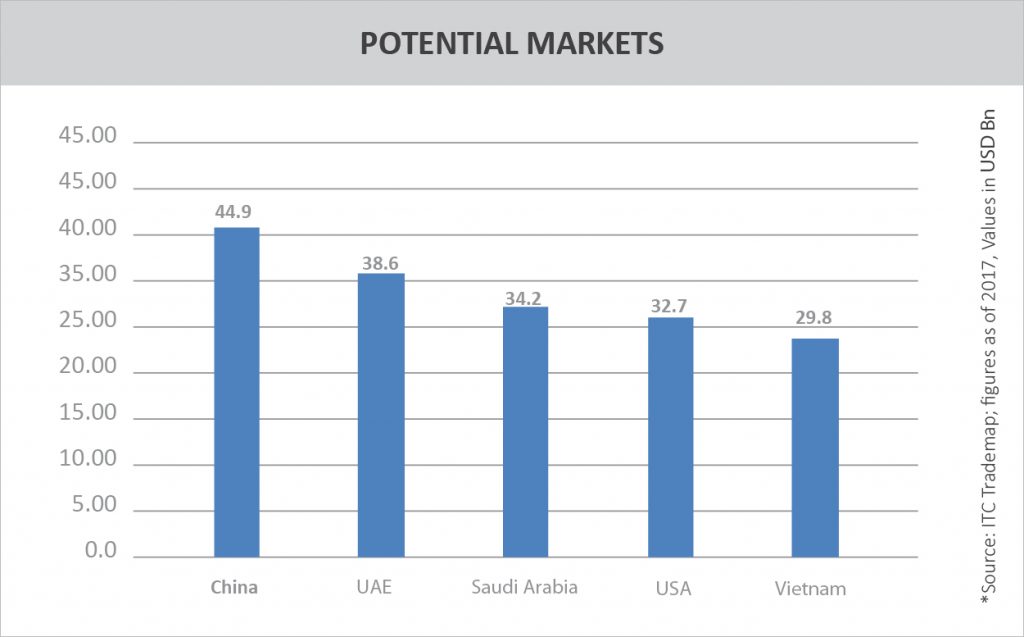 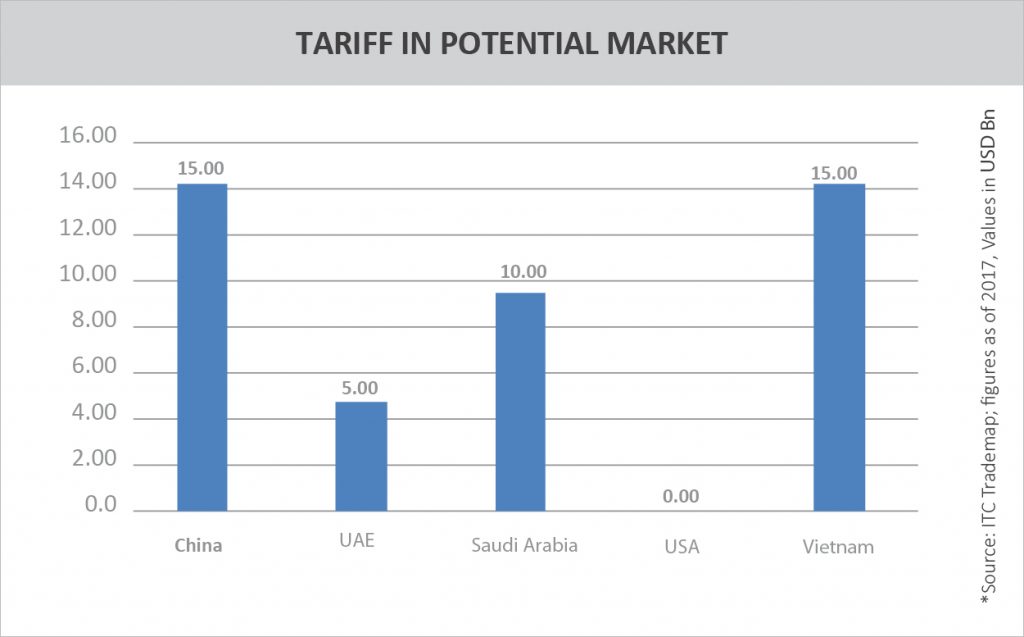 Sweet Biscuits are very high potential product for India based on India’s trade balance and RCA. India is competitive to export the same.