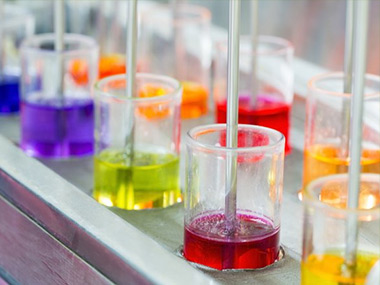 Trending customer choices and extension of the infrastructure facilities in certain parts of the world creates growth opportunities for the dyes and dyestuff industry. In order to reach international standards, few changes are required.

Textile dyestuff had a worldwide market of around US $ 5.7 billion last year. Largest categories are reactive and disperse dyes that accounts for about 44% of total value. Asia-Pacific represents largest share and accounts for about 40% of the global share, while the Indian dye stuff industry contributes to just 7% of the world’s global production.

The Indian dyestuff industry plays a vital role in the economic development of the country. It is one of the core chemical industries in India. It is also the second highest export segment in the chemical industry. Maharashtra and Gujarat account for 90% of dyestuff production in India due to the availability of raw materials and dominance of textile industry in these regions. The major users of dyes in India are textiles, paper, plastics, printing ink and foodstuff industries. The textiles sector consumes around 80% of the total production due to high demand for polyester and cotton, globally.

Product-Wise Classification of the Indian dye & dyestuff industry is given below: 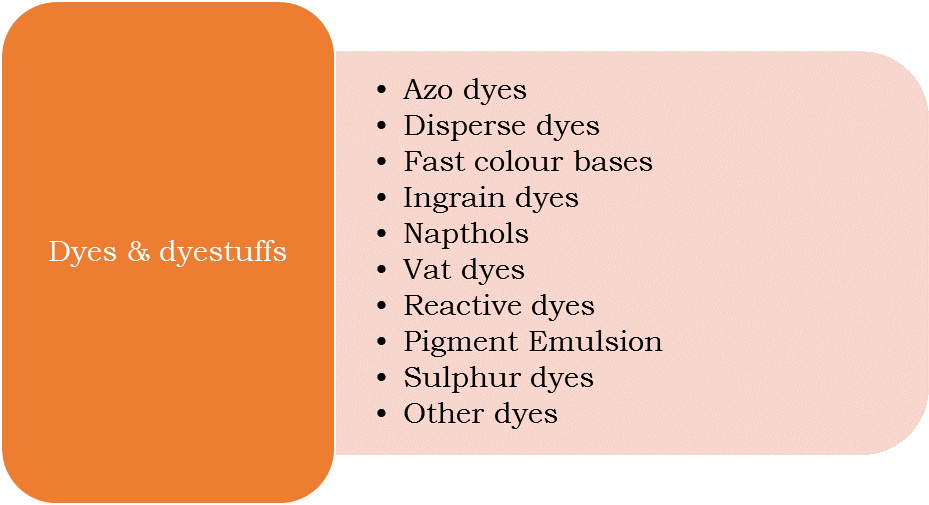 Globally, the dye & dyestuff industry has seen an impressive growth. Initially the industry’s production bases were mostly in the west, but in the last few years, they have been shifting to the East. The Indian dyestuff sector, which previously used to cater to the needs of domestic textile industry, now has not only enhanced its reach in the domestic market but has gradually made a dent in the global zone.

Today, India exports dyes and dye intermediates to those countries on which it was once dependent for imports. All types of dyes, reactive, acid, inkjet, disperse, leather dyes are produced in India and are exported globally.

Value exports of dyes & dyestuffs from India was estimated at US$ 2.4 billion in 2017, with Synthetic organic colouring matter occupying more than 88% share of the export market. The major countries India exported the products to included USA, Turkey, Bangladesh, China & Germany. The top dye & dyestuff products exported by India in 2017 included: The future of the dyes sector totally depends on the performance of end users i.e. industries like paints, textiles, printing inks, paper, plastics and foodstuffs. Trending customer choices and extension of the infrastructure facilities in certain parts of the world creates growth opportunities for the dyestuff industry. This industry will certainly see new dyeing technologies coming into the market because of technological advancements and increased research and development.

In order to reach international standards, few changes are required which the government needs to implement in order to witness growth.

But the dyestuff industry in India has some inherent strength as well, as a result of which it has shown rapid progress through the years. The major markets for Indian dyestuffs are the EU, USA, Hong Kong, South Korea and Europe. However, India should not restrict to a few countries for its export growth. The unprecedented challenges and opportunities which lie ahead requires it to be more proactive and responsible to the ever changing business functions and practices so that it can adjust to the forces of transformation which are taking place speedily. If it implements effective strategies and approaches in this sector, India can surely make the world its playground.

Yes its a true that dye & dyestuff industry plays an important role in the overall growth of the chemical industry.Zydex has a range of environmentally friendly textile printing solutions ranging from yarn to finishing.

nice blog, disperse dye , i am read this information and i am really impress to this type of information. thanks for sharing thi blog with us!!!!