• A net food exporting economy like India must also be able to meet the standards and specifications required by a net food importer economy, as they are heterogeneous across the globe.
• A true reform in agriculture is only possible when the global community accepts the guiding principle that food for all is an international obligation.
• Industry stakeholders from the growing, processing and food service/retail sectors are using cold chain systems, Hazard Analysis and Critical Control Points (HACCP) and other food safety management systems (FSMSs), such as the newly established ISO 22000 as models to achieve food safety and to enhance trade opportunities in international markets.
• The targets are quick (deep) frozen, frozen and foodstuffs that need to be transported at refrigerated temperatures. Chilled foods would include dairy products (pasteurized, industrial or raw milk, butter, yogurt, kefir, cream, fresh cheese), meat products, poultry, offal, game, fish and seafood.

Agriculture in the twenty-first century is reinventing itself as a new global business reshaped by globalization, standardization, high-value production, massive growth in demand (both for the food and the biofuel industries), retail and packaging innovations, and a ramp up in efficiency. Faced with constant productivity and market pressures, this “new agriculture” needs new tools to enhance its competitiveness and innovation capacity.

One of these tools is the promotion of clusters. An agro-based cluster (AC) is simply a concentration of producers, agribusinesses and institutions engaged in the same agricultural or agro-industrial sub-sector, and interconnect and build value networks when addressing common challenges and pursuing common opportunities. This cluster is identified on the basis of crops, which an economy can produce, but this is not matched with the global demand. Mapping of requisite food products, which are demanded by the net food importing economies is missing in the working mechanism of clusters.

An agricultural enclave is an analogous concept with some augmentations. To bolster economy-specific agricultural exports, an economy needs to prepare itself to match all standards and quality. For example, if Japan & Singapore are net food importer economies, this signals opportunities for a net food exporting economy like India. This might look little guileless, but pragmatically it is a daunting sphere.

In a world where over 800 million people across many countries – particularly in Africa and Asia still suffer from hunger, one of the principal aims of the agricultural and trade policy must be to improve nutrition – quantitatively and qualitatively.

In view of these challenges, agricultural trade is often the subject of polemical debates in civil society because of its particular role in food security. This is partly because agricultural trade can have very diverse impacts, helping to address food shortages, but also potentially leading to unwanted dependency. Agricultural protection continues to be the most procrastinated issue in global trade negotiations.

The six member states have strongly intervened individually in their agricultural sectors, in particular with regard to what is produced, maintaining prices for goods and how farming is organized. The intervention posed an obstacle to free trade in goods while the rules continued to differ from state to state since freedom of trade would interfere with the intervention policies. Some members, particularly France, and all farming professional organisations wanted to maintain strong state intervention in agriculture. That could not be achieved unless policies were harmonised and transferred to the European Community level.

By 1962, three major principles had been established to guide the Common Agricultural Policy (CAP): market unity, community preference and financial solidarity. Since then, the CAP has been a central element in the European institutional system.

A modern CAP that delivers good food and helps farmers in the transition to sustainability must find an alternative to inefficient tools like the current direct payments. A true reform in agriculture is only possible when the global community accepts the guiding principle that food for all is an international obligation. It can only be achieved when the need for national food self-sufficiency becomes the cornerstone of the WTO’s Agreement on Agriculture. And it can only be put into practice when the developed and developing countries refrain from a battle of food supremacy to re-orient efforts to bring equality. 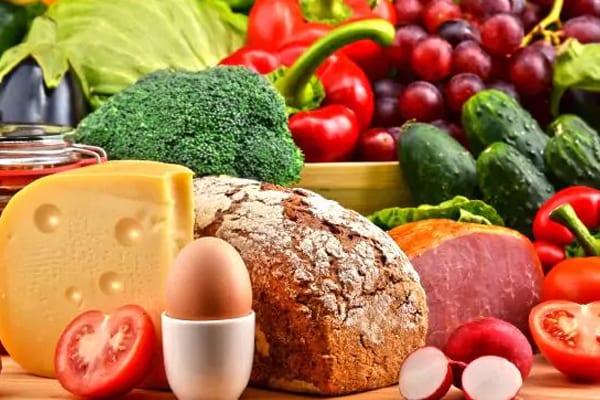 Food laws aim to protect consumers’ interests, their well-being, and to a degree, facilitate fair trade. Food safety-related legislation is continually under review as it needs to reflect new knowledge, technical innovation and changes in the pattern of the distribution. As a result, national regulatory authorities throughout the world are in a constant catch-up mode. Similarly, international food safety standard-setting bodies look to address current issues and to develop guidelines on systems and methods that will help streamline best practices in food safety within and between several economies.

Other proposed Codex Alimentarius codes of relevance to chilled and frozen food production include the “Code of Hygienic Practice for Primary Production, Harvesting and Packaging of Fresh Produce/Fruits and Vegetables,” “Code of Hygienic Practice for Pre-Cut Raw Fruits and Vegetables,” and the “Code of Practice for the Processing and Handling of Quick Frozen Foods ATP Agreement”. There is an agreement adopted by no less than 20 countries, entitled “Agreement on the International Carriage of Perishable Foodstuffs and on the Special Equipment to be used for Such Carriage” (ATP). Its purpose is to direct participants to follow common standards for temperature-controlled equipment (road vehicles, railway wagons, containers, etc.) within Europe, thereby facilitating international traffic in certain perishable foodstuffs.

Refrigerated and frozen foods are subject to detailed regulatory controls, and as such, serve as a good foundation for a discussion on global harmonisation of food safety laws and standards. For example, in Canada, controls are in place at the national level and fit hand-in-glove with the international community requirements where HACCP-based approaches to hygiene have been established. The trend, worldwide, is to develop and implement HACCP-based food safety systems including food hygiene legislation. These plans are being developed at all levels of food production and handling, led by Codex Alimentarius.

Given the highly dynamic and innovative nature of the cold chain sector, the practical implementation of HACCP relies on the ease with which “best practice guidelines” can be updated. In order to make HACCP a reality, irrespective of the operation in question, it is a fundamental requirement that operators and enforcers have a clear understanding of food safety and technology.

Enquiry for Preparing Indian agriculture for the 21st century