Post-COVID jobs: At the crossroads of technology, humanity & planet

Jobs of the future will reflect new technologies and paradigms with the rise in green economy jobs, roles in engineering, Big Data and AI as well as traditional roles that emphasise greater human interaction and people skills. 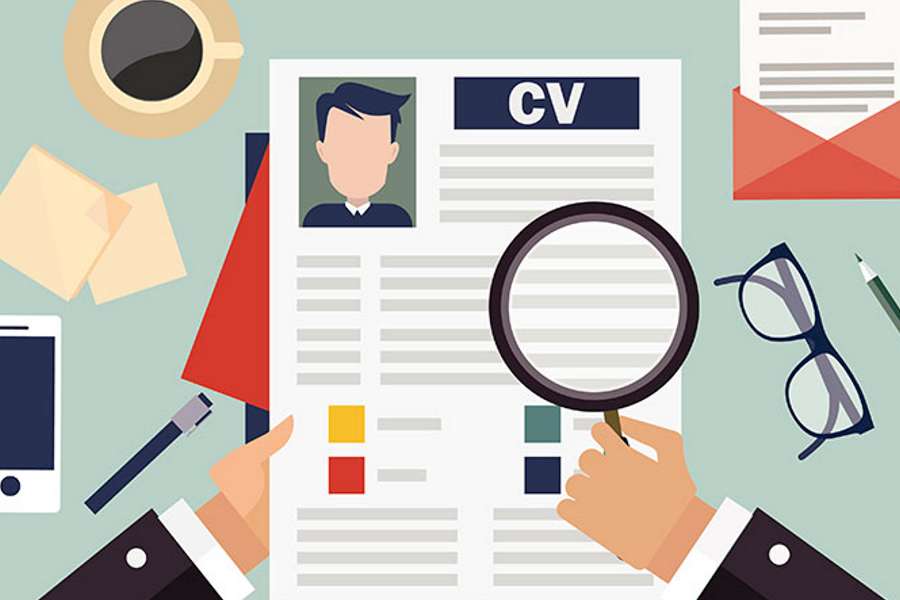 As lockdowns froze economic activity in India over the first quarter of this fiscal, (barring a few essential services), there ensued a bloodbath for jobs. According to the Centre for Monitoring the Indian Economy (CMIE), India’s unemployment rate climbed to a record high of 27.1% in the week ended May 3. In April 2020 alone, unemployment rate touched 23.5% from 8.7% in the preceding month.

However, things began to turn when after almost 3 months of lockdown period, India began to return to action with Unlock 1.0 on June 8, 2020 and economic activity was rebooted in the country. Over the weeks, signs of recovery began to make their presence felt. One such green shoot (among others like improvement in PMI, rise in e-way bills & GST collections in June), which spells good news for job seekers in the country is the decline in unemployment rate. CMIE notes that in August 2020, the unemployment rate returned close to its pre-lockdown level. Thus, in August 2020, the unemployment rate for India stood at 8.35% – with rural unemployment at 7.65% & urban unemployment at 9.83%. 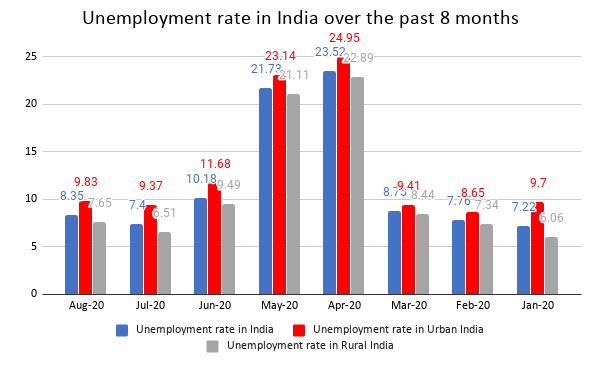 The same sentiment has reverberated across other studies. LinkedIn’s Workforce Confidence Index for India for the month of July’20 reveals that individual confidence in job security increased slightly in the latter half of last month, possibly driven by active job seekers. The study also stated that as businesses innovate their offerings to lead through change. In his exclusive interaction with IBT, Mr. Ashutosh Gupta, India Country Manager, LinkedIn notes:

“Our recent Labour Market Update suggests that there has been a significant hiring rebound as the country starts to ‘unlock’ and more people return to work. Findings revealed that between early-April to end-June, hiring increased by 35%. In India, hiring declines reached a low of below -50% year-on-year in April, before starting to slowly recover. The hiring sentiment stands at -15% year-on-year as of the end of June”.

Unsurprisingly, companies in technology, ed-tech, e-commerce and gaming have been among the top employers in the post-pandemic period. The top 5 most in-demand jobs according to the survey give some indication on the strategic thought process of companies – manage the disruptive present and prepare for a digital future. These roles are as follows:

There is a growing requirement for competent software professionals for the development and building of computer systems software and applications software. Thanks to the increasing reliance on mobile technology, the growing complexity of technology and emerging industries, there has been an increasing focus on hiring software engineers. Moreover, venture capital-backed start-ups are exploring and developing a range of software products and solutions for companies as they increasingly go digital.

The cornerstone of any successful organisation, these individuals shoulder the responsibility of generating new revenue and help a company grow. One of their key tasks is to explore new business opportunities, which entails identifying new markets, new partnerships, new ways to reach existing markets or new product/service offerings to better meet the needs of existing markets. This is done by establishing and developing relationships with customers, suppliers and other partners.

Sales managers are at the middle management level of responsibility, since they supervise a sales team, and are supervised themselves by a higher-level manager. They execute a number of responsibilities including assigning sales territories, setting quotas, mentoring the members of her sales team, assigning sales training, building a sales plan, and hiring and firing salespeople. As companies face revenue shortfalls and tremendous disruption in traditional ways of doing business, sales managers need to marshal their troops of foot soldiers to devise and aggressively tap new business avenues and markets.

An agent of change, a business analyst is responsible for introducing and managing change to organizations, whether they are for-profit businesses, governments, or non-profits. Business analysts work across all levels of an organization identifying and defining the solutions that will maximize the value delivered by an organization to its stakeholders. There work encompasses everything ranging from defining strategy, to creating the enterprise architecture, to taking a leadership role by defining the goals and requirements for programs and projects or supporting continuous improvement in its technology and processes. Most importantly, they need to make sense of loads of data to define the best approach forward for the organisation.

Straddling the line between creativity and the business, these individuals help produce engaging content for use online. The heart of marketing, a good content piece is based on a fine balance of diligent research, word play, sound expertise, and of course, good vocabulary and grammar. In doing so, they help create relevant content for a specific target audience. Both B2B and B2C marketing have moved online in a big way, and future-oriented businesses realise the importance of good content to engage target audiences, attract them to their brand and build a loyal customer base.

Gearing up for the jobs of tomorrow: Upping the skill factor

According to the World Economic Forum, the kinds of jobs emerging in the global economy span a wide range of professions and skills. These reflect embracing of new technologies and paradigms—giving rise to more green economy jobs, roles in Big Data and AI as well as engineering, cloud computing and product development. At the same time, the more conventional roles, which reflect the continuing importance of human interaction that cannot be replicated by machines, are not likely to be ruled out.

In other words, there will be a greater demand for care economy jobs; roles in marketing, sales and content production; as well as roles at the forefront of people and culture. Thus, they present opportunities for workers of all backgrounds and educational levels to take advantage of emerging jobs and the new economy. 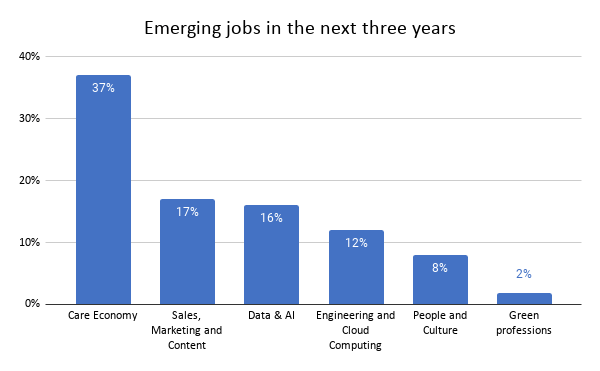 However, in order to be fully equipped for these jobs, skill gaps need to be bridged. In other words, if we want to construct a future where we take advantage of the opportunities and create fairer and more inclusive labour markets, we need to train our workforce to learn, unlearn and relearn skills every now and then. Not only will this help our people remain employable, it will also help the country remain globally competitive in a post-COVID world. This is important given that a number of sectors such as banking, finance, education and healthcare have shifted to a digital mode, thereby propelling individuals to pick up new tricks in their trades.

In this emerging job scenario, a number of skills have become relevant. Listening and communication, cross-cultural sensitivity, adaptability to changing work environments, emotional intelligence and a good academic background are some of the skills that are very important these days. At the same time, people with an eye for detail, creative problem-solving skills, a collaborative mindset and an ability to deal with ambiguity and complexity are those that will be in most demand. Thus an open minded approach to learn new skills is key to stay at the top of any field in the job market of tomorrow.

Enquiry for Post-COVID jobs: At the crossroads of technology, humanity & planet