Post-COVID economy: It’s not about shampoo and linen consumption anymore

Prof Ramnath Narayanswamy, IIM Bangalore, argues that consumption in India has been rather mindless, and savings need to be encouraged for the economy going forward. Moreover, spending should be directed towards areas of overall benefit like healthcare and education. 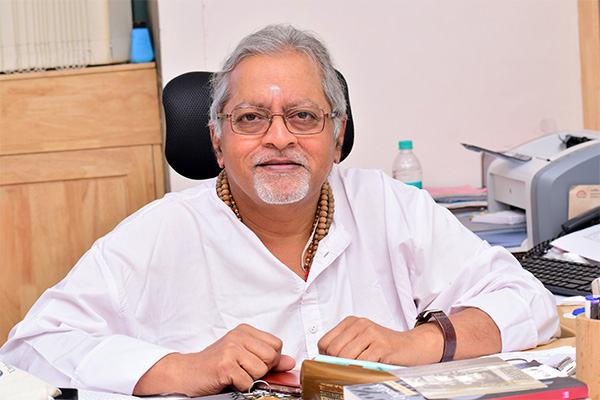 Prof Ramnath Narayanswamy: I will put forward my views on these individual aspects one by one:

Migrant labourers moved back to their homes from cities, because no assurance came from either their employers or the state/local governments on how they will be taken care of. They did not have the luxury of savings on which they could depend upon. Some could hold on for upto a week’s time, but not beyond that. The assurance from the government was late, while corporates continued to ignore their plight.

There has been no new job creation program. Unless the government prepares to invest in infrastructure and demonstrate signs of providing the environment for a recovering economy, outlook will look bleak and conservatism will set in.

Exports will be dependent on how agile our corporates are to address the market needs outside India. Items like re-usable masks and PPEs that are short of supply must be allowed to be manufactured and exported. Sanitisers, easy to prepare and dependable soaps for hand wash, easy to pack food, grains and pulses are some of the items that the Government must aggressively help export.

With easy processes and fast hand down of cash by paying rather buying on credit, cash assurance from governments for exports (governments can ask banks to lend against sales booked, and collect the money once the buyers pay), faster access to credit (money lying in banks) to size up manufacturing, packing and transportation, this segment will benefit greatly.

Kharif crops must be bought against full cash. Farmers are now allowed to sell not just to APMC, and it should fetch them greater returns. But due to the closure of restaurants and hotels, the large bulk buyers would have slowed down uptake. FCI must pledge an assurance to buy off the farmers’ produces that remain unsold and help salvage the good crop they have had.

Prof Ramnath Narayanswamy: Life comes before livelihood. Life includes doctors, health providers, farmers, engineers, scientists, teachers and labourers. They have to be healthy, and must have their essential needs met for a robust nation.

People must understand and respect that COVID-19 is very different from other flus and viruses in the manner in which it spreads. India is densely populated; hence people must be responsible to ensure they manage the spread of the virus. Masks on when outside, keeping hands clean and a few other disciplined must-do acts are important. People can be carriers of the virus and spread it too, while their body may not be affected.

It is not a Government-only or administration-only policed disciplining. Examples of disciplined citizens helping break the chain as well as examples of brazen irresponsibility of citizens furthering the spread can be seen in Kerala, TN and Telangana. Delhi is an example of failure of governance as well as irresponsible citizens. India would have been better off economically with cooperative citizens.

Lastly, the government delayed the package for the poor by a fortnight. A week into the lockdown, the DBT should have been implemented.

Prof Ramnath Narayanswamy: Managing migrant labour, and assuring them of their livelihood should have been initiated by Government. There was a delay. Government should have spoken to industry immediately and got a plan in place to manage them, allowing labourers trust to remain. It would have

(1) Helped their livelihood, and

(2) Contained the spread too, thus helping lives of other citizens.

Industry must win back the lost trust by offering them re-instatement as in pre-lockdown times. Industry has to do much more – agree for lower profits, and better conditions. It is not a “no-profit” idea, but a “reduced profit” plan. Government must aggressively invest in infrastructure and gainfully employ the labour that has migrated.

Prof Ramnath Narayanswamy: Consumption has been rather mindless. Savings must be encouraged. Spend must be directed to what provides better health, and is beneficial overall. As an example, rather than spend on TV and costly mobile phones, what is industry and government planning in the space of online schooling for under privileged children? Such policy implementation will help. It is not about shampoo and linen consumption anymore.

Prof Ramnath Narayanswamy: As mentioned previously, MSMEs must be handled with a lot of care. They are huge in number, and contribute greatly to the overall economic health of India. As a business, they run on wafer-thin margins and as a result, a southward shift  in equilibrium affects them adversely. Their business requires steady working capital needs and they also need assurance of guaranteed returns on their sales.

If these are handled and assured over the next 12 months, they will be able to shore their businesses up. At this point in time, it is important they are soundly advised on fiscal prudence.

Banks do not reach out to the MSME community completely. Credit rolls into the MSME sector via several NBFCs. It is important the NBFCs are sufficiently loaded by banks. It is also important that monetary regulations are in place. Lax regulations will result in credit being squandered and add to the pile of NPAs. It is time that realistic and practical regulatory norms are implemented and followed.

Prof Ramnath Narayanswamy: SBI is sitting on a 143% liquidity ratio. Regulatory minimum is 80%. Either they are averse to lending, or there is no uptake of credit (lack in lending opportunity).

This is the problem in the banking system. The SBI chairman mentioned while bankers are risk averse, borrowers too are adding to the pile up of money in banks. Corporates are cautious – they do not have labour, and when there is, they are cautiously treading.

Government has offered guarantee for banks to lend to MSMEs and agriculture. Banks will have to work out an economically doable plan and reach out. There should be no more predatory loan sign ups though.

Banks cannot and must not be allowed to sit on their money, investing them in lazy G-sec. RBI, industry bodies and government must work together to put up a plan of action. MSME and agriculture revival must be the focus. Real estate – especially the high end – must not have access to money at the same cost as agriculture or MSME… such rules must be strictly followed. Regulation is mandatory. Otherwise inequality will grow, and inequality is bad for economy as aggregate demand weakens too.

Prof Ramnath Narayanswamy: Services sector will pick up once the major sectors start looking up. If services play a volume game, it will benefit the economy. Every MSME needs advice. How many services players are willing to handle them? Big tickets alone are not going to help. India is a country where the economy rides on the backs of several small players – unregistered, and un-incorporate (as Prof R. Vaidyanathan refers to them).

Every MSME that needs to smoothen their business operations will require systems to help them streamline. Who are the reliable IT players in this space? Every MSME will need to invest in cyber security, different operating models, and handling and logistics.

There is immense potential. But short-term gain is the underlying theme of the service sector, and long-term gain is given short shrift. This is a mindset change they have to bring about.

Government that engages the service sector must also seriously look into their processes and bring about changes. Is L1 the sole criteria for offering a contract? The money with Government is the citizens’ and they need quality, not low cost every time.

Ramnath Narayanswamy is a Professor in the Economics and Social Sciences Area in the Indian Institute of Management, Bangalore. After securing a First Class First in Political Science from the University of Poona, he shifted to political economy and area studies. Combining Economics, Political Science and Sociology, he secured his doctorate from the School for Advanced Studies in Social Sciences, in Paris.  He taught at the Center for the Management of the Socialist Economies in the Gokhale Institute of Politics and Economics in Poona.

Fluent in several languages, a frequent contributor to professional journals in India and abroad, Dr. Ramnath has published extensively in his domain. He has been the recipient of several scholarships and fellowships.  He is the author of Gorbachev, Economic Reform and Eastern Europe (Himalaya Publishing House, Bombay, 1988) and The Soviet Economic System, 1989 (translated from the French) and The Global Mission of Sadguru Sri Sharavana Baba, Bangalore, (2010) and Living from the Inside, a three volume work published by Aridra Books, Bangalore, (2013 and 2015).

post covid condition of economy is very difficult. its too much .

Enquiry for Post-COVID economy: It’s not about shampoo and linen consumption anymore