Plastic Industry: Victimized by the war on SUPs?

• The Government of India has indicated that it will follow a stringent policy framework in order to end the country’s reliance on single-use plastics (SUPs).
• While this seems to be a great idea to mitigate pollution, it seems highly challenging to replace SUPs at a time when their use has become deeply entrenched in any common man’s life.
• Also, paradoxically enough, the total environmental footprint of plastic is actually much lower than that of alternatives!
• Public policy should therefore focus on encouraging the industry to produce reusable designs and educating the people on the importance of reuse. 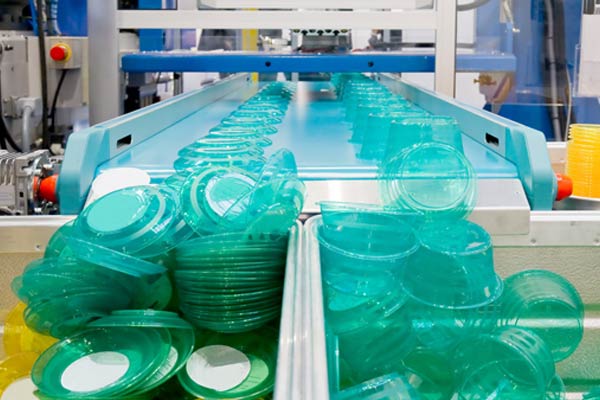 Addressing the 14th Conference of Parties of the United Nations Convention to Combat Desertification, Prime Minister Narendra Modi opined “I believe the time has come for even the world to say goodbye to single-use plastic.” Ahead of the 150th birth anniversary of Mahatma Gandhi, expectations are rife that the government, in its war against pollution, is all set to announce measures to reduce plastic use to keep its resolution in the UN Environment Assembly meeting held in Nairobi, to phase out Single-use plastics (SUPs) by 2025. Mr Modi had given an indication that the first major step in the battle against single use plastic will be initiated on October 2.

In this regard, the Central Pollution Control Board (CPCB) has already chalked out a dozen items proposed to be banned —thin carry bags, wrapping films, straws and stirrers, disposable cutlery, plastic sticks used in balloons, ear buds and candies, cigarette butts, thermocol, small beverage bottles less than 200 ml, and roadside banners. While this seems to be a great idea to mitigate pollution, it is certainly not without its costs.

For starters, there is no unanimity on the definition of single-use plastics. SUPs are generally regarded as disposal plastics. Often used for packaging, they include items intended for use only once. The European Union, describes ‘single-use plastics’ as plastics as products made of plastic such as cotton-bud sticks, cutlery, plates, straws, sticks for balloons, cups, food, beverage containers made of polystyrene and products made of oxo-degradable plastic, etc. An Amazon India spokesperson, however, offered a different definition, “We consider 100% recyclable material with thickness greater than 50 microns and a minimum 20% recycled content as non-single use plastic.” This means that the list would excludes multilayered packaging in which snacks like chips, nuts, and candies are sold. These are almost never recycled and, therefore, ignored even by rag-pickers.

Added to this is the ambiguity surrounding the Extended Producer Responsibility (EPR) under the Plastic Waste Management Rules, 2016. EPR mandates that producers, importers and brand owners — like fast-moving consumer goods (FMCG) and pharma companies — take back the plastic waste generated by their products with the help of waste-management companies. What makes the system ineffective according to Mr. Afroz Shah, a lawyer and environmental activist, is the lack of proper implementation of these rules and also the lack of clarity on how much of plastic used by the company has to be taken back.

Further, from carry bags, plastic drinking bottles, plastic bottle caps, food wrappers, plastic grocery bags, plastic sachets, plastic wrappers for consumer goods to air conditioner, fridge and other consumer appliance manufacturers; e-commerce; hospitality; and restaurants, SUPs seem to have become an indispensable part of life. According to data collated by PlastIndia Foundation, a conglomeration of associations and institutions that deal in plastic, India consumes an estimated 16.5 million tones annually. It further states that as much as 43% of this is estimated to be plastic manufactured for single-use packaging material.

The industry is also worried about a supply chain disruption caused by the ban ahead of the festive season. “The ban has ramifications for all sectors like food processing, dairy, garments and toys,” stated Jayesh Rambhia, All India Plastic Manufacturers Association. The ban could disrupt supplies of key products such as biscuits, salt and milk. Moreover, implementing the ban is also likely to weaken consumer demand as it is likely to lead to factory closures and job losses at a time when the economy is already under the grip of a slowdown. Having an annual turnover of Rs 2.25 lakh crore, India’s plastic-processing industry employs over 4 million people according to the All India Plastic Manufacturers’ Association (AIPMA).

It is also estimated that about 80% of the total plastic produced in India is discarded immediately and will find its way to landfills, drains, rivers and flow into the sea. The obvious solution in this kind of a scenario seems to be to curb the very root cause of plastic pollution – plastic – and to look for environment friendly alternatives.

One problem with this approach is the commercial viability of these alternatives. Many manufacturers of PET bottles are convinced that PET remains a more viable and economical option to sell packaged beverages when compared to glass bottles and aluminium cans. At the same time, the higher cost of non-plastic packaging is likely to drive up the price of a number of essential goods, thereby, directly affecting the disposable incomes of the poor.

Further, replacing plastic with alternatives also entails ecological costs. Paradoxically enough, the total environmental footprint of plastic is actually much lower than that of alternatives! According to a study conducted by the Danish government in 2018, you need to use a paper bag 43 times to achieve the same cumulative environmental impact as a plastic bag! Replacing plastic bags with the cloth ones using virgin cotton may not be that environment friendly after all. The same is the case with kulhad (earthen cups) and paper bags as they are made from top soil and wood pulp and harm the environment.

There is also no clear evidence that curbs on plastic use have succeeded in achieving the desired results. A 2018 analysis by the United Nations Environment Programme of bans and levies on plastic bags and Styrofoam in 60 countries found that while in 30% of the cases, there was a drop in usage of those products, in 20% of them there was little to no impact.

In such a scenario where SUPs have become an inseparable part and parcel of our daily lives, reuse and disposal hold the key. Public policy should therefore focus on encouraging the industry to produce reusable designs and educate the people on the importance of reuse. As Mr. Sourabh Manuja, Fellow, Centre for Waste Management, Environment & Waste Management Division, TERI notes in  his interaction with TPCI:

“The issue lies in management of plastics and not in the plastics themselves. FICCI estimated that per capita annual consumption of plastics in India is only 11 kg, which is far below the global average of 28 kg. Still our country is equipped to make the transition, but certainly in a phased manner. There are many alternate choices available which can not only reduce plastic consumption but can even lower our waste outputs, like utensil banks for functions, own water bottles along with water kiosks, bamboo or jute bags instead of shopping plastic bags, banana fiber instead of plastic fibers etc. The transitions can be made smoother only by behaviour change among common public and targeting strategies towards a society which focuses on reduction and reuse.”

Further, India would do well if it has robust waste management practices. Incentives should be meted out to various stakeholders for creating high-quality recycling infrastructure. India should seek inspiration from some of its international counterparts and learn a lesson or two on successful waste disposal & management. Due to a paucity of land, Singapore incinerates about 8,200 tons of garbage per day, which reduces waste volume by 90%, according to media reports. In addition, these incineration plants produce more than 2,500 MWh of energy every day.

The trash in Songdo, South Korea, gets sucked into the Third Zone Automated Waste Collection Plant using underground pipes. Once the waste reaches the plant, it is automatically recycled, burned for energy, or buried deep underground. Brazil’s Fortaleza has developed a Municipal Integrated Waste Management Plan to capture and refine methane from its landfill to use as energy. With a proper vision and strategic plan, India can not only control its plastic use, but also create significant value addition in the process.

Enquiry for Plastic Industry: Victimized by the war on SUPs?