People actions vital for a developed India by 2047

India’s ascendance as a developed economy by 2047 could benefit with deployment of networks of local volunteer groups at  the grassroot level. They can help make the country a knowledge and capability building hub and help alleviate mass poverty. 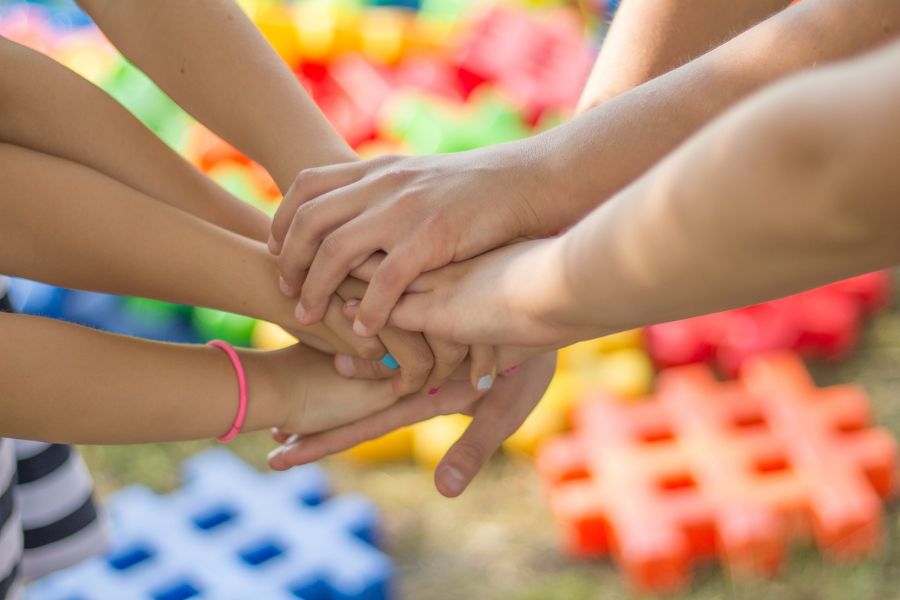 With 1.3 billion people, India’s rise as a developed nation by its first independence centenary in 2047 is bound to be gigantic but not a difficult task. Prime Minister Narendra Modi outlined the national vision from the ramparts of Red Fort at his 76th Independence Day address on August 15, 2022. Ending poverty in all its forms is the number one goal of the 2030 Agenda of Sustainable Development Goals (SDGs) and the most critical mission to realise this vision. People actions not only in form of organisations, but even as grassroots volunteers could tremendously support India’s poor under various empowering initiatives.

In fact, India has already made greater strides towards reducing poverty. Global Multidimensional Poverty (GMP) Index 2022 that was released on October 17 estimated that 415 million people exited poverty between 2005/06 and 2019/21. It is stated to be signifying that ‘’the SDG target 1.2 of reducing at least by half the proportion of men, women and children of all ages living in poverty in all its dimensions according to national definitions by 2030 is possible to achieve—and at scale.’’ To put it briefly, multidimensional poverty covers socio-economic factors as education, health etc., while reflecting upon monetary deprivation at or less than global poverty lines of US$ 2.15, US$ 3.65, and US$ 6.85 for low-income, lower-middle-income, and upper-middle-income countries.

Initiatives such as India’s food security programme implemented through its Public Distribution System (PDS) are enabling the poor with their survival needs. Under the PDS, essential food and non-food items such as wheat, rice, and kerosene are distributed through a ration card at subsidised rates. Ration Card is a document for all registered beneficiaries under National Food Security Act (NFSA), 2013 through which India’s poor can buy essentials through designated distribution points across states and Union Territories in the country.

The system especially proved to be a lifeline for India’s poor during the COVID-19 pandemic.  This mechanism was used to implement the Pradhan Mantri Garib Kalyan Anna Yojana for NFSA beneficiaries and Atma Nirbhar Bharat Package for Migrants/Stranded Migrants easing the pandemic induced hardships faced by the poor and vulnerable populations.

Overall, the PDS enables the poor spend their meagre financial resources on other necessities instead. Concurrently, eliminating state-wide multiplicity of ration cards by having introduced One Nation One Ration Card is likely to enable greater resiliency against domestic poverty and hunger.

United Nations Educational, Scientific and Cultural Organisation (UNESCO) underscores education as a basic human right that works to raise men and women out of poverty, level inequalities and ensure sustainable development. Supportive policy impetus given under India’s Right of Children to Free and Compulsory Education Act, 2009 protects and empowers economically marginalised children. The Act mandates Free and compulsory education to all children of India in the 6 to 14 years of age group at all government schools. Also, it has provision of 25% reservation in admission to applicable entry-level grades for economically disadvantaged communities at all private schools.

India’s poor who depend on less than US$1.90 per day face multidimensional severities including lack of housing, drinking water and sanitation, education, employment and awareness. They primarily work as low-wage worker in highly uncertain informal markets as cooks, cleaners, logistics and construction labourers etc.

They keep moving from one location to another owing to their own needs and market related challenges. In doing so, they don’t even find time to explore, understand and take benefit of various support and welfare measures. There are however thousands of active volunteers in India and abroad who are devoted to mobilise essential support for Indian poor and enable them access their rightful endowments and privileges.

Similarly, I came across a migrant family of five near my locality where the mother works as a cleaner at local households and father works as daily-wage labourer. They live under a tent near the temple. The mother spends her earnings to educate their 3 sons as well as meet the family’s basic survival needs. On the other hand, whatever daily or weekly income father earns is spent by him on consuming liquor. He doesn’t shy away from forcibly take away essential savings of his wife for alcohol when he gets no work. The woman sometimes faces excessively distressing situations including violence by the husband and that was worse during the pandemic.

Our group of volunteers came in contact with the family earlier this year through their children who started attending our voluntary evening teaching classes.  Prior to the Covid-19 pandemic, the children were going to a private school as their mother worked for longer hours to be able to pay their school dues.  However, they couldn’t afford attending online classes during the pandemic, as neither did they have a smart phone nor did the mother have any work.

As the pandemic situation calmed, the school would allow the children only after the remaining fee was deposited. We approached the nearby government school’s principal who advised us to get the transfer certificates of the children for him to consider their admission accordingly.

We then sensitised and mobilised a few locally influential people to meet the private school’s administrator. After seeing many familiar faces and understanding the troubling situation, he compassionately approved a fifty per cent discount. Most of that fee was instantly paid by the mother as we contributed towards the rest, and later got the children admitted at the government school.

More hyper local social impact interventions that we have undertaken as a group of volunteers include creating cooking-skills as well as sewing-machine related livelihood opportunities for economically marginalised women. I may reflect upon them later but it is to say with conviction that the power of people actions as just volunteers is unparalleled. This is not to undermine organisations that are working for many similar causes but to underline that people actions could help ascertain accountability and enforceability of any programme, while catalysing greater impact.

Many initiatives either directly or indirectly are aimed at reducing poverty. There is a need to create identifiable networks of volunteers at grassroots to implement such initiatives. Also, it is essential to enable their collaboration with central and state governments, non-government organisations as well as private companies. For example, volunteers could act as grassroots focal points for initiatives such as Start-up India, Skill India, Right to Education, Swachh Bharat Mission, among others. This can greatly help enhance the coverage, authenticity and quality of beneficiaries under public and private poverty reduction measures.

India’s ascendance as a developed economy by 2047 could benefit with such steps while potentially making the country a knowledge and capability building hub against global poverty.

Enquiry for People actions vital for a developed India by 2047