Situated right in the middle of North and South America, Panama is a major re-export zone. It is a key logistics hub for the region because of its location and operation of the Panama Canal, with many international firms choosing to locate in and around Panama City. 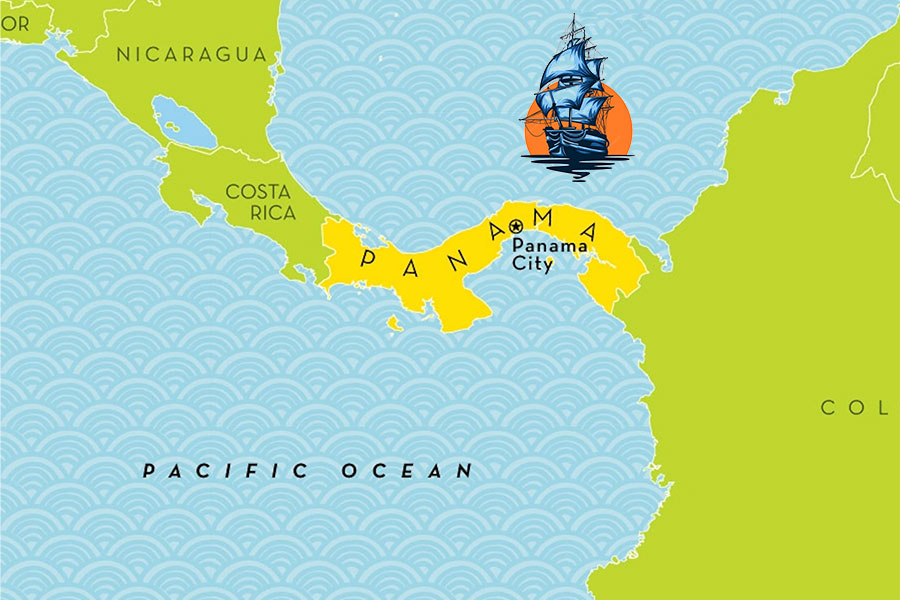 Situated right in the middle of North and South America, Panama is a major re-export zone. Panama’s Colon SEZ (CFZ), established in 1948 is located on its Atlantic side, and is the largest free-trade zone in the Western Hemisphere and the second largest in the world after Hong Kong. It is one of the most effective distribution channels for accessing Latin American and Caribbean markets, with a population of over 650 million. Over 3,000 companies have operations in the CFZ, including a large number of global brands. Around 25% of these companies deal exclusively in textiles and garments. CFZ possesses high level of multi-modal logistical support for facilitating export of merchandise from one region to another.

Re-export is basically a trade in which imported goods are exported with or without any
additional processing or repackaging through duty-free ports. Goods are kept in free trade
zones and are exempt from duties at the point of import and re-exports.

The advantages of CFZ are many. It is frequently visited by Wholesale Clubs of Latin American  countries. Wholesale Clubs are groups of wholesale or retail merchants in a particular region of a country, which make consolidated purchases and can look for higher trade discounts and other facilities. In CFZ, they can shop for import goods from a number of countries and make economical & faster container freight transactions. These visitors can get the products labelled and packed according to their requirements. In the CFZ, an Indian exporter can sell to one merchant duty free, and then expect to see his products distributed and retailed throughout Central America, the Caribbean, and the Andean region of South America.

Besides textiles & garments, other sectors which can benefit from operations in CFZ are pharmaceutical & surgical products, spices and other food items, leather & handicrafts, building hardware, specialty chemicals and many others.

CFZ imports a broad array of luxury goods, electronic products, clothing, and other consumer products that arrive from all over the globe to be resold, repackaged, and reshipped, primarily to regional markets. Indian exporters can take advantage of numerous distribution companies in Panama Free Zones, which maintain huge warehouses and attached showrooms and cater to the wholesale markets of the entire North & South America.

Over the past decade, Panama has been one of the fastest growing economies worldwide. It is a key logistics hub for the region because of its location and operation of the Panama Canal, with many international firms choosing to locate in and around Panama City. Panama has 144 maritime routes to 1,700 ports in 160 countries. According to Bloomberg, vessel transits are rebounding as global trade picks up after the Covid-19 pandemic and that is good for the re-export trade.

Panama’s economy is based primarily on a well-developed services sector, accounting for about 80% of GDP – with the Panama Canal as the largest economic contributor.  The services sector includes the canal, banking, tourism, logistics, activities in the Colón Free Trade Zone (CFZ), insurance, container ports, and flagship registry. The re-export trade for CFZ is over US$ 30 billion per year.

In addition to enhancing its logistics facilities, Panama has consolidated its standing as an international banking centre with nearly 100 local and international banks, confirming its leading regional role in the financial services sector. Typically, the country’s banks offer a wide variety of first-world-style financial products, together with competitive rates and advantageous terms. Given the country’s success in both the consumer and corporate banking sectors, it clearly has considerable scope to further develop its financial services sector, particularly with regard to savings instruments, targeted small- and medium-sized enterprises’ products, transactional banking, corporate loans and trade financing.

Panama has rapidly developed private banking and insurance industries, two sectors that value both the confidentiality afforded by the country and its monetary stability, a consequence of its currency peg with the United States dollar at a 1:1 exchange rate.

Reduce Complexity: You sell in dollars to a CFZ merchant. The entry is duty free. And you are only selling to one entity – therefore you only have one relationship to manage. Finally, the CFZ is co-located with some of the world’s largest transshipment ports, meaning that it is easy for merchants to pick and pack customized shipments to any one of a number of otherwise small Latin American ports of entry.

Reduce Financial Risk/Make More Money: You are selling to established CFZ merchants. They in turn make their money by showcasing your products. They know their customers and are able to offer financial terms based on creditworthiness. These terms, in turn, allow you to sell more products to more customers. In addition, you do not have any duties to pay – those end up being the responsibility of the final buyer once your goods enter that country. Finally, you are outsourcing the regional distribution to an expert. It is as if you had, in a good CFZ merchant, a representative, financier, and third-party distributor all rolled up into one, not only for Panama but for Latin America.

It is economical for exporters to stock and sell through CFZ companies rather than incurring separate marketing costs in each target country. The volume of trade in various countries may not justify bilateral trade. The companies are also knowledgeable in latest trends, especially textiles & garments and can advise the exporters. Exporters can take advantage of exporting though using the facilities, knowledge and expertise built over decades to increase their market size, introduce new products and find new customers.

After the success of CFZ, Panama has built five additional Free Trade Zones and exporters can look at the specific advantage they offer.