• Oceans have become the primary conduits of international trade and are central to growth of the global economy.
• The value of the global ocean-based economy is estimated between US$ 3-6 trillion/year and more than 3 billion people rely on the oceans for their livelihoods.
• From the value of linear shipping connectivity index (LCSI) over 2006 to 2019, it can be observed that connectivity of China is relatively robust followed by USA, Germany, Japan and then India.
• India has a 7,517 km long coastline along with 14,500 km of potentially navigable waterways and strategic locations along major international maritime trade routes. Still India’s coasts only contribute to 15% of national trade activity. 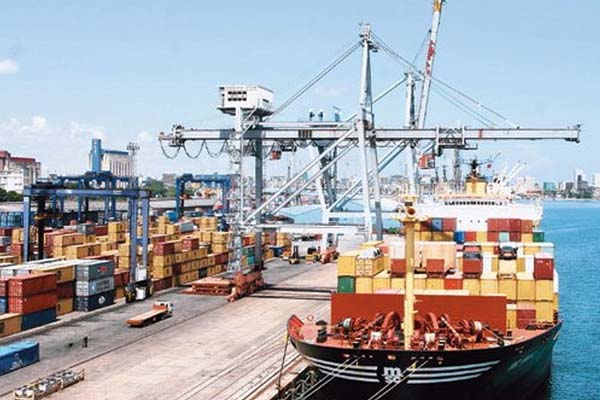 Oceans and seas cover over two-thirds of the earth’s surface and are being utilized as a resource for eclectic purposes like providing food and minerals, absorbing greenhouse gases, generating oxygen, keeping climate change in check, determining weather patterns and temperatures, and serving as highways for sea-borne international trade. Oceans and seas can play a key role in contributing to sustainable development, economic growth, and livelihoods. The value of the global ocean-based economy is estimated between US$ 3-6 trillion/year and more than 3 billion people rely on oceans for their livelihoods.

According to a recent report by the World Bank and the UN, there is no universal definition of Blue Economy. Instead, it prefers to spell out the characteristics of a sustainable Blue Economy:

The concept of a “blue economy” emerged in 2012 as countries around the world grappled with the twin trends of accelerating growth in the ocean economy and changes in the underlying ecosystems. The blue economy concept is shorthand for policies that promote sustainable development of the ocean economy, where economic growth does not reduce the aggregate natural capital, and conservation of ecological commons contributes to poverty reduction.

• The worldwide ocean economy is valued at around valued at around US$ 1.5 trillion per year.
• 80% of global trade by volume is carried by sea.
• 350 million jobs world-wide are linked to fisheries.
• By 2025, it is estimated that 34% of crude oil production will come from offshore fields.
• Aquaculture is the fastest growing food sector and provides about 50% of fish for human consumption.

Commercial activities and ventures like seaweed farming can create novel economic opportunities in rural communities, improved by the interconnectedness of the global economy. They can also be more environmentally friendly as compared to other aquaculture activities. Part of the reason is that seaweed and other species of algae do not need fertilisers to grow – they just need sunlight, carbon dioxide and water. All these factors show how economic prosperity, trade and the preservation of the environment can, in fact, reinforce each other.

In the context of the Paris Agreement, ocean-based economic diversification can enhance the nationally determined contributions of small island developing states, supporting the implementation of the agreement. This shows that trade can be an enabling factor in adaptation and in mainstreaming of ocean-based economic activities, where domestic markets remain small and remoteness is an intractable hindering factor.

From the value of linear shipping connectivity index (LCSI, measure of connectivity to global shipping networks) over 2006 to 2019, it can be observed that connectivity of China is relatively robust followed by USA, Germany, Japan and then India.

India has a 7,517 km long coastline along with 14,500 km of potentially navigable waterways and strategic locations along major international maritime trade routes. Still India’s coasts only contribute to 15% of national trade activity. Through its ambitious and flagship Sagarmala project, the Indian government wants to structurally transform the country’s ports and truncate logistics costs for domestic as well as import/export cargo by optimizing infrastructure investment.

Achieving the blue economy aspirations would require extensive and arduous cooperation between the requisite stakeholders that include the private sector, scientific and local communities and non-governmental organisations. It would be fruitful to learn lessons, compliance mechanisms and legislative models from other regional bodies such as the Pacific and Caribbean communities. Adapting best practices to the Indian Ocean context would fill the current gap of a strong foundation of regionalism upon which new approaches to fisheries, climate change and food security could be developed.