Sujit Patra Secretary, Indian Tea Association, states that Covid-19 pandemic has already affected Indian tea exports. Iran is a key market for Indian tea, and the current payment issues can provide inroads to the competition. Therefore, the issue must be resolved at the earliest. 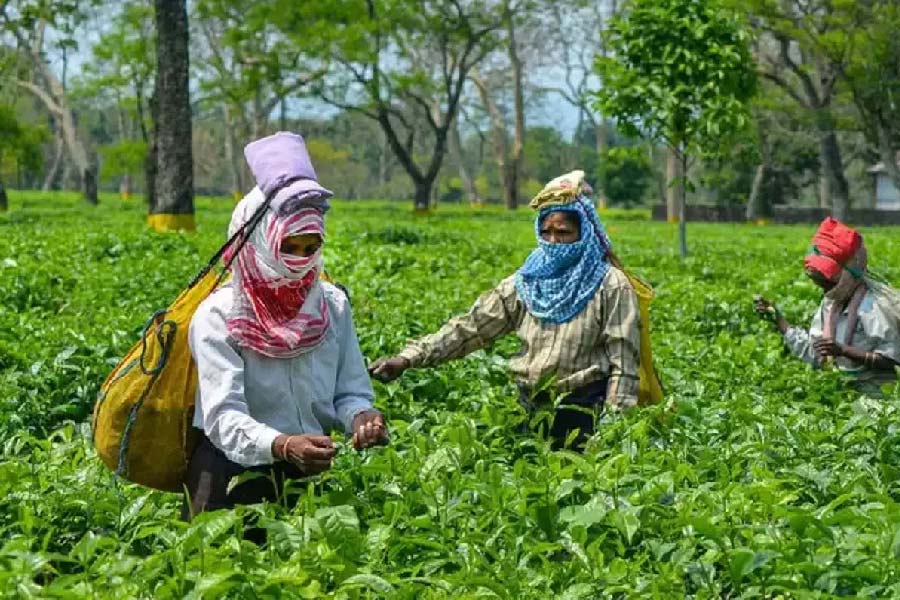 IBT: What role does Iran play as a market for tea exporters? How do you view the potential of the market?

Sujit Patra: Iranians are fond of tea and import high quality tea from India, Sri Lanka, etc. Though Iran produces some tea to the extent of 20/30 mkg, but due to its ‘not so good’ quality, Iran imports substantial quantity from India as Iranians prefer quality teas mainly Orthodox Variety. It imports around 65/70 mkg every year.

Indian Orthodox tea industry, mainly from Assam, is heavily dependent on the Iran market. From 10/12 mkg in 2012, Indian tea exports have risen to 55 mkg in 2019, during which Indian Tea Association (ITA), with the direct involvement and assistance of the Ministry of Commerce and Tea Board, initiated serious efforts to boost exports. Almost every year trade delegations, under the leadership of senior officials from Ministry of Commerce & Industry and Tea Board, visited Iran and its leading tea drinking cities. They showcased Indian teas, arranged tasting sessions & buyer-seller-meets, interacted with the Ministry of Health, quality standards organisation, customs, Iran Tea Association, Chambers of Commerce, etc. These helped clearing their doubts in regard to our production process, quality, testing systems, etc.

Further, ITA signed an MoU with the Iran Tea Association for boosting tea exports to Iran. All these initiatives have resulted in growing export volume from 10/12 mkg to 55 mkg in 2019 making India as the largest exporter to Iran. This established Iran as the largest destination of Indian tea replacing Russia. In fact these two countries now account for 40% of India’s total tea exports. Under no circumstances this achievement can be lost and all efforts need to be made to increase the share further.

IBT: How has the imposition of sanctions on Iran by the US affected tea trade with your Iranian clients?

Sujit Patra: Tea comes under the food category. UN imposed sanctions on Iran a few years ago but allowed Iran to import food products like tea and India to import petroleum products. Later, India and Iran governments made a Vostro payment mechanism through which a portion of oil import proceeds was converted to Rials and then to INR. UCO bank was authorised to deal with all payments in INR. This process ran smoothly, from which Indian tea highly benefited. No other country had this payment mechanism and reaped benefits.

Central Bank of Iran sanctioned INR to buyers’ banks and Indian exporters got INR payments after shipments from UCO bank (later IDBI was included). Both exporters and importers were comfortable and sure of payments and export of Indian tea grew exponentially. Gradually India established itself as the largest tea exporter in Iran, replacing Sri Lanka which did not have any special payment mechanism.

IBT: Why is the Rupee-Rial payment mechanism not helpful in retrieving payments from Iran?

Sujit Patra: The COVID-19 pandemic has already affected Indian tea exports. All major destinations of Indian tea exports – Russia, Iran, UAE, USA, UK – constituting around 55% of total exports, are badly affected by the pandemic. Further, the MEIS benefit is also not forthcoming to exporters. All these factors have seriously impacted Indian tea exports in 2020. As per available data, total tea export is down by (-) 19% during January to August 2020 vis-à-vis 2019 (132.5 million kg vs 163.8 mkg).

The ongoing payment issue between India & Iran has added to the worries of the indigenous tea industry. The system was severely affected when USA imposed further restrictions on Iran and oil import was stopped after May 2019. Vostro account thus shrank and since end-2019 payments were severely affected. CBI restricted INR allocations and all payments were delayed for a long time. Exporters shipped millions kgs of tea and their money was not released.  As a result, tea exports came down drastically. No other bank was ready to be associated with Iran payments, UCO bank also did not allow repatriation in other currencies. Non availability of MEIS benefit further complicated the scenario.

Thus, Central Bank of Iran (CBI) has restricted releasing any INR payment for tea from the Vostro Rupee-Rial trading account since the end of 2019. Payments for already exported tea are pending for months and exporters are extremely hesitant to make further contracts. Information from the UCO bank officials confirms the declining fund availability with the bank.

Consequently, India’s tea exports to Iran have declined by (-) 42% (23.70 mkg vs 41.13 mkg) during the same period. Iran consumes a specific type & quality tea from India which is not exportable to other countries or consumed in India. Producers are extremely anxious as it is seriously impacting on the market.

IBT: What challenges are these exporters facing in routing payments through other countries?

Sujit Patra: As per RBI Rules routing of payments through third countries and other than INR is not permissible for Iran payments. When availability of Rupee-Rial fund is limited and the fund is regulated by the CBI for import of essential goods, there has to be some quick solution for exports. If the stalemate continues, not only this year’s export will affected, it will have severe impact on next year’s  export  and production.

IBT: How can the Government of India/banks step in to resolve this issue?

Sujit Patra: ITA has taken up the matter with the RBI and has suggested that as Rupee payments are not forthcoming, banks should be permitted to accept 3rd party/3rd country payments in other currencies. As told earlier, Iran is fond of tea and Indian tea is present in a high percentage in almost all Iranian tea brands. There is thus high demand for Indian tea in the Iran market. The issue needs to be resolved at the earliest so that our competitors, who are actively trying to inroad into the market, do not get any chance. India has developed the Iran tea market for its tea with much efforts and has now consolidated its position. Iran desperately wants Indian teas.

Sujit Patra is Secretary, Indian Tea Association (ITA), the largest & oldest tea organisation in India. He has been working with the ITA for more than 30 years. Mr Patra is directly involved in multi-functional areas like domestic & overseas tea promotion exercises, market analysis, financial planning, supplies & transportation, general administration, MIS and liaison with various government depts, embassies, etc on all aspects of the tea industry. The views expressed by him are personal and not that of his organisation.

Enquiry for India-Iran payment issue must be urgently resolved