Hiren Varmora, Director, Varmora Granito Pvt Ltd, details the spectacular turnaround that the Indian ceramics industry has managed over the past decade, by combining Chinese pricing, European design thinking and Indian flexibility. Coupled with the strong anti-China sentiment, this provides a huge export opportunity for the industry to capitalize on in the post-COVID period. 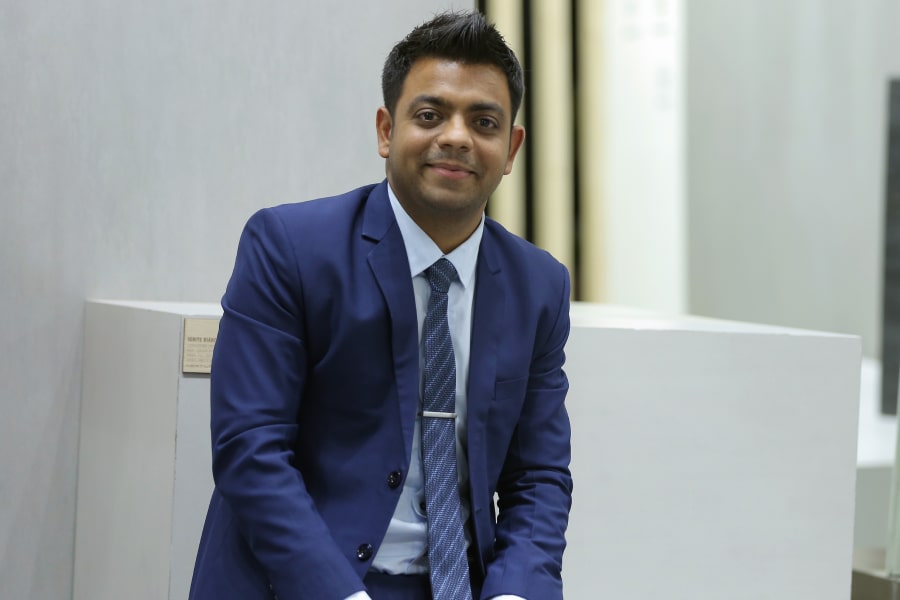 IBT: Varmora Granito has built a successful global business that is spread across 70 countries. What have been the major success factors that propelled the growth of your company?

Hiren Varmora: The 25-year plus journey of Varmora Granito started in 1994. It was incepted by my father, the founding Chairman Mr. Raman Bhai Varmora. One of the major foundations of Varmora’s success over these years has been innovation. Hence you can see Innovating Happiness in the logo. Ever since my father started the company, we always thought about what new we can give to the industry.

In end-2008, we were the first company in Asia to bring digital technology or printing technology in the ceramic business. So you could print whatever you wanted on the tiles. This means that we opened up new horizons in ceramics, which became replacements for old materials like stones, natural wood and natural marble.

These were the 3 major alternative products of ceramics, which were used on any surfaces, right from your bathrooms to the kitchen platforms to floors, living areas or any sort of surfaces. Using ceramics helped the industry overcome the drawbacks of these natural materials. For example, stone and marble are more porous in nature, so we can break them easily. They have a short life and need to be polished again and again. Wood is impacted by changes in weather conditions.

IBT: How did you plan your foray into the international market?

Hiren Varmora: Until 2008, we spent most of our time expanding our business in the Indian subcontinent. You have to be a sizeable player in India itself before you start exporting. And when you venture into exports, you have competition with countries like Spain, Italy and China, where China is the cheapest and the other two lead in terms of quality and new products. At that time, India didn’t have any edge.

From 2012, we aggressively started expanding in the global market. Over a span of 8 years, we were able to export to more than 70 countries. Moreover, we have set up our showrooms in more than 15 countries and warehousing facilities in more than 4 countries. 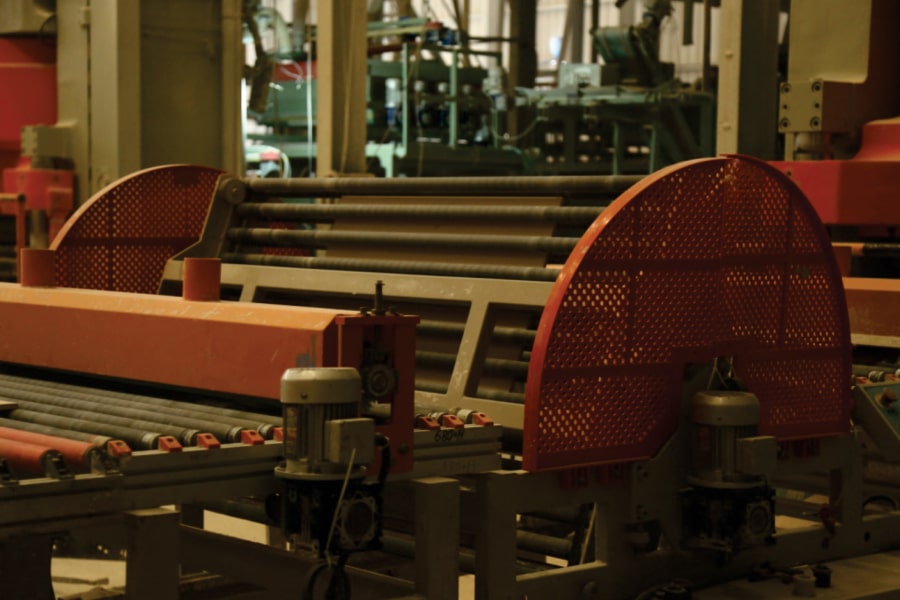 IBT: How did you crack the global market given the tough competition?

Hiren Varmora: In our endeavor to become a world-renowned brand, we were taking inspiration from other industries as well. A very simple example is the brand Bata, which you perceive as being an Indian brand, even though it is not an Indian company! This is because it has been placed and promoted in such a manner with its products that people started feeling that it’s an Indian brand.

We adopted a mix of approaches from multiple industries and this is why we started creating warehousing facilities and reaching out to customers directly. International customers were not too optimistic about Indian quality at that time, because they used to treat China and India as parallel ecosystems end-to-end. They had expectations of cheap prices, but not quality.

Thereafter, we decided that this is not where we will be placing our brand. We always say that we are not exporters, rather we are into international business. They are completely two different things. Exporting means that you are just shipping products and forgetting about it. International business means that you are creating end-to-end channels and deep diving into the business.

So in the last eight years, after Varmora brought in this technology, a few other companies came into this field as well, which gave them an entry into the international market. This was a phase where we saw a major growth in Indian exports. Product quality was a key factor. But besides that, a lot of countries were turning down Chinese products because they were harming local manufacturers or local economy. Countries from Europe, South America and the Far East have been imposing anti-dumping duties on China. This has worked to our advantage.

IBT: How have the global business environment, client sentiment and ways of doing business changed in the post-COVID period? How have you adjusted to the same?

Hiren Varmora: So as I said, over the past 8 years, a lot of countries were against China, and in the meantime, India was on the ascent. So a lot of countries started favoring Indian products. Over these years, Indian manufacturers could be seen across all international platforms or exhibitions. People started realizing that India is the second largest manufacturer in the world when it comes to ceramics, something they were not aware of 8 years back.

These sentiments got exacerbated post-COVID, as people noticed how it originated from China and were suspicious. This has given Indian companies an added advantage.

I remember how, during the initial period of COVID, everyone was in their homes. So as the top management, we used to have weekly meetings. The unforeseen situation raised a lot of questions in our minds. How can we project the next 3 quarters of this financial year? How are we going to operate? Would we need additional funds to do the business? When you’re running such a big business operation, it is very difficult to manage the fixed cost as well.

Surprisingly, while we were expecting to pump in investments, it actually went the other way around. Clients started paying money in advance to get the material. There was excessive flow of demand from the Indian market and the global market. We were booked for 3 months.

Post-COVID, ceramics would be one of the few industries, that have thrived without any government support. Companies in the Morbi cluster alone have undertaken around Rs 8,000 to 10,000 crores investment for around 80-100 new facilities. These units are relying on exports to the extent of 50-60% of their revenues, or even more. 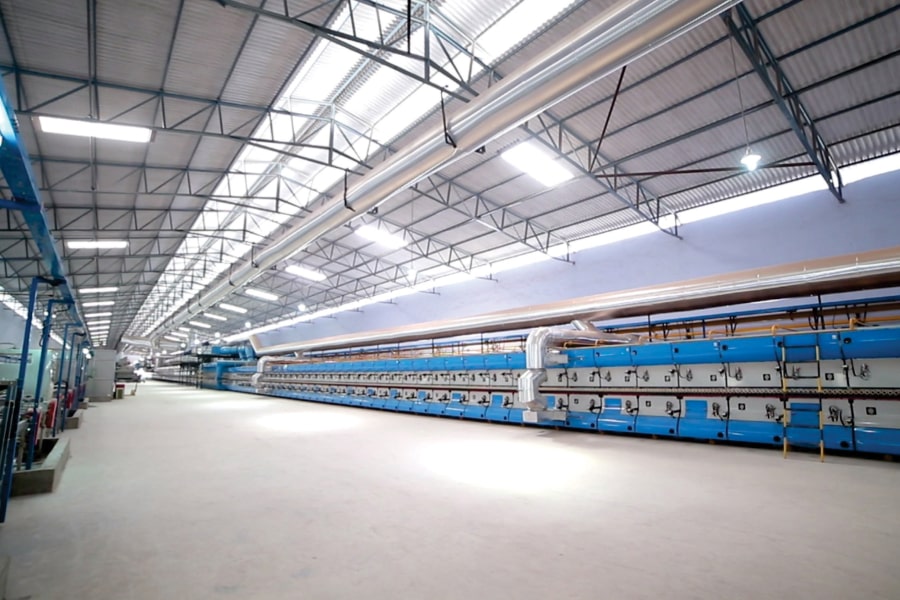 IBT: What are the growth drivers and key markets that you expect to fuel demand for ceramics products in the coming years? What is your future vision and expansion plans in terms of products and markets?

India would not be an immediate substitute for China. The reason is that China accounts for around 35% of world production and India accounts for 11% (2018-19 numbers). But importing countries would progressively view India as the most viable alternative to China. Secondly, Indian labour is not just more economical as compared to Chinese labour, but is also more creative. Chinese companies are focused largely on contract manufacturing, but Indians also believe in exploring global markets with their brands, which help them secure their margins.

While India gives 3-4% MEIS, China gives much higher incentives to its exporters. I believe that there was a time when the Chinese government was providing around 12-15% incentive to their exporters. So even if they rolled out cost-to-cost, they used to make 15%. In a normal situation, a manufacturer would not make such a huge margin.

So, Indian players have improvised to compete in the market. They learnt innovation and product development from the Europeans and cost cutting from the Chinese. So we were a combination of the two. Whenever there is a new product right now in the space, the world knows that they can either find it in Italy or they will have Indian suppliers to give such products at a very good price.

So Indians have the ability to supply quality products on a consistent basis and are also quite flexible compared to Europe or China. I will give you a small example. This is all about how many designs or SKUs you want to have. We are into such a generation now that people want to have as many choices as possible, right? This is almost like a garment business, where you may scan through 100 designs and buy only 2-4.

Similarly, in ceramics, you want to scan through multiple designs and materials, visit 5-10 showrooms and finally choose one for your house. Our importers need multiple designs and Indians are flexible to do that, as long as they are happy to do minimum designs for containers in the future. But if you go to China, they will ask for minimum 15 containers for 1 design. In Italy too, they will ask for a minimum of 15 containers. So Indians are flexible and easier to do business with, due to which people have started relating better to us.

When you are the second largest manufacturer, I think you become a choice by itself because I think there are hundreds of manufacturers, and people would want to come and see. Once they see the facilities, they are more eager to buy.

IBT: What kind of policy roadmap and incentives would help the Indian ceramics industry build up scale and achieve the kind of potential it has?

Hiren Varmora: The manufacturers have already created a synergistic ecosystem at Morbi, having 800- 1,000 units in a single place. One external support that can obviously help the industry is providing direct incentives on exports, which are obviously on the fluctuating end. There is some confusion and apprehension on the discontinuation of MEIS and what RODTEP will offer. That can be given anyhow, even through schemes like production-linked incentives.

If you see that Rs 10,000 crores of investment has been done post-COVID and 60% of the demand is projected for exports, it’s a big number. So if the government gives support, I think the manufacturers will be in a good position to drive that.

The other thing where China is beating us is the internal infrastructure. For example, their raw materials come to and fro via waterways, due to which their cost drops tremendously. In our case, there is no water body nearby, but we could work on the prospect of rail linkages.

So if that infrastructure cost comes down, it will help manufacturers transfer the benefits to the customers. It will help us in markets like Africa, Australia and New Zealand, where we are still not lucrative enough.

Another high cost area, of course, is energy, i.e. fuel and electricity. Recently, we had a hike in fuel prices, which will have a big impact on the international market as well. So if we can have more stability in that direction, it will also help us.

The other big factor, which we have brought to notice, is that it took 30 years for importing countries to impose duties on Chinese exporters. But these countries will act faster on India, because it is moving faster than China on many ways.

Post-COVID, GCC region and Taiwan have already initiated and levied duties on Indian manufactures and we have heard internally that Mexico is planning the same. And this can unfairly harm the interests of Indian industry. For example in Taiwan, there was no enquiry because we provided the data to show that we are selling at a good price and not harming the local industry. It will be extremely helpful if we have the government on our side in such situations.

DESH is a welcome step, as a lot of electronics manufacturing is coming to India
Sasikumar Gendham, MD, Salcomp India, believes that Ind...

Indian MSMEs: Time to be on the world map
Schemes for Indian MSMEs such as RAMP and CBFTE have th...

Indian healthcare @75: Talent, infrastructure, legacy and vision
Through the pandemic and beyond, India has shown that i...

Like Egyptians, Indians have a strong sense of culture and identity
HE Mr Wael Hamed, Ambassador of Egypt to India, talks a...