Prof. Manoj Panda, RBI Chair Professor, Institute of Economic Growth tells TPCI why the current estimates about the impact of lockdown on the Indian economy are an overestimation. He also shares his take on the numerous measures announced by the Finance Minister to support the countrymen at the time of this grave health fiasco. 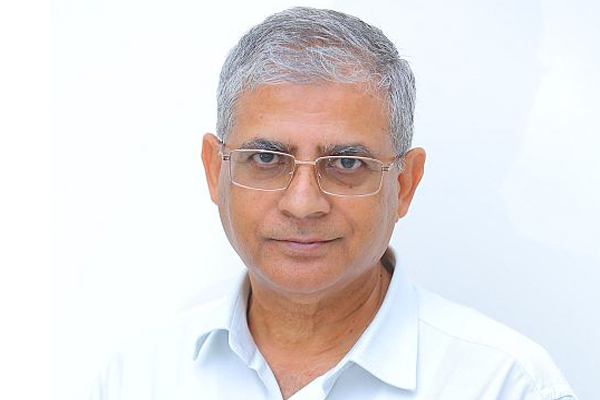 TPCI: What impact would the halt of production in the wake of Coronavirus outbreak in India have on its GVA?

Prof. Manoj Panda (MP): In the wake of the outbreak of the Coronavirus, the whole of India has come under lockout for 3 weeks since March 25, 2020 except for essential services. Estimate of the impact on GVA at present could only be a tentative one. Assuming that the essential services constitute about a quarter of total income generation process in the economy, the loss in GVA per week of lockout would be a little more than 1% of total annual GVA. But then, this is an overestimation when 70% of activities do not generate any income at all. In practice, this is not so. Employees have been asked to work from home in several sectors and the organised sector is likely to be sensitive, to the extent possible, to the Prime Minister’s request not to cut salaries and wages.

TPCI: Which are the key sectors that are most likely to be hit due to this?

MP: Sectors most affected will be airways, hotels and restaurants, tourisms, manufacturing, entertainment, railways and trade.

MP: The Finance Minister has announced relaxation of regulatory compliance dates for producers on March 22 and also raised the limit for triggering insolvency proceedings for SMSEs.

MP: The FM has announced today (March 26) additional 6 kg ration withdrawal of wheat, rice and pulses under Pradhan Mantri Garib Kalyan Yojana, direct benefit transfer to farmers, increase in NREGA wage rate, payment of additional amount to poor widows and pensioners, and free cylinder for 3 months. These benefits are meant for workers at the bottom of the pyramid who are hard hit under the current situation. To encourage entrepreneurship among the low income groups, the FM also announced loan of upto Rs. 20 lakh without collaterals to SHG groups. The payment of EPF contribution of 24% for 3 months in the organised sector for employees earning less than Rs. 15,000 is a kind of wage subsidy that will benefit a large number of contractual workers.

TPCI: What can we learn from countries like South Korea, who have been better at managing this crisis?

MP: A distinctive feature of the South Korean model involved large number of testing not necessarily confined to those most likely to be affected. Given our resource constraints, we focused on testing the most vulnerable groups with travel history and those coming in contact with the travellers with symptoms. However, learning from South Korea and other countries, we have expanded the testing facilities and started testing random samples from the community too for testing.

Prof. Manoj Panda is the RBI Chair Professor at the Institute of Economic Growth. He was Director of IEG. 2012 to June 2019) and the Centre for Economic and Social Studies (CESS), Hyderabad (Dec 2008 to Nov. 2012). He has served in various academic positions at the IGIDR, Mumbai and NCAER, New Delhi. He has also spent a year at the Yale University, USA on a post-doctoral fellowship. He holds a Ph.D. in Economics from the Indian Statistical Institute. His research areas span macroeconomics, computable general equilibrium models, and interaction of growth with inequality, poverty and carbon emission.