Labour Codes & the future of agile workforce in India

In a landmark attempt to simplify the labyrinth of labour compliances, India is currently in the process of overhauling and subsuming 29 central labour legislations into 4 codes, collectively referred as “Labour Codes”. One of the key features of the codes has been the express recognition of alternate models of employment.

● Historically, India has been an employee-friendly jurisdiction and the traditional employer-employee arrangement of hiring of permanent employees (PE) typically triggers a set of onerous compliance obligations upon the employer.

● The multiplicity and rigidity of labour compliances have often been cited as a major impediment to potential investments and business growth in India, as reflected through India’s performance in the ease of doing business indexes.

● India is currently in the process of overhauling and subsuming 29 central labour legislations into 4 codes, collectively referred as “Labour Codes”.

● With the recognition of the informal concepts of gig workers, platform workers etc., the Labour Codes provide a framework within which employers are given the flexibility to structure an agile workforce. 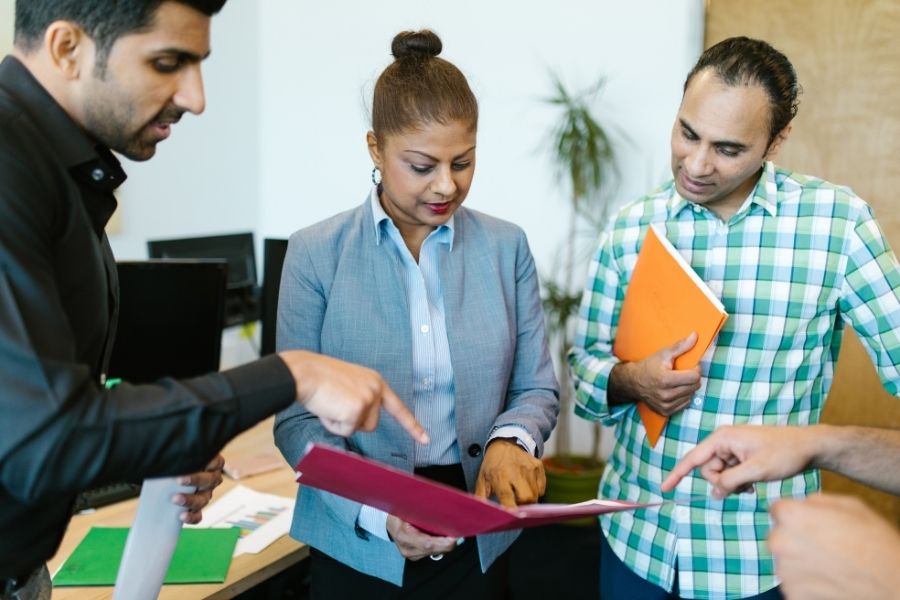 In recent years, employers are increasingly moving towards creating an agile workforce, which is essentially a mix of different categories of workforce in addition to the traditional employer-employee relationship such as fixed term employees, outsourced workers, gig workers, platform workers etc. The move towards an agile workforce was further propelled by the COVID-19 pandemic, forcing employers to take a re-look at their traditional workforce structures to address evolving business needs.

Historically, India has been an employee-friendly jurisdiction and the traditional employer-employee arrangement of hiring of permanent employees (PE) typically triggers a set of onerous compliance obligations upon the employer. The multiplicity and rigidity of labour compliances have often been cited as a major impediment to potential investments and business growth in India, as reflected through India’s performance in the ease of doing business indexes.

In a landmark attempt to simplify the labyrinth of labour compliances, India is currently in the process of overhauling and subsuming 29 central labour legislations into 4 codes namely (i) Code on Social Security, 2020 (SS Code), (ii) Code on Wages, 2019 (Wage Code), (iii) Code on Industrial Relations, 2020 (IR Code) and (iv) Occupational Safety, Health and Working Conditions Code, 2020 (OSH Code); (collectively referred as “Labour Codes”). While the Labour Codes have received the President’s assent, they have not come into force yet; it is likely that the Labour Codes could be implemented sometime this year.

FTEs are typically employed for short-term projects, to address temporary surge in workload or such other short-term needs. Under the current regime, laws such as Industrial Disputes Act, 1947 (IDA) and the Industrial Employment (Standing Orders) Act, 1946 (“IESO Act”) have recognized the concept of FTE in certain limited sectors, albeit with a degree of ambiguity on certain rights and benefits applicable to FTEs.

By way of an amendment to the IESO Act and corresponding central rules thereunder, the Central Government permitted engagement of FTEs across all sectors that came under the Centre’s purview (Central Amendment). The Central Amendment also prohibited the conversion of posts of PEs to FTE (Conversion Prohibition). Pursuant to the Central Amendment, certain states such as Punjab, Bihar and Himachal Pradesh introduced similar amendments to the state rules under the IESO Act to recognize FTEs and certain states such as Karnataka and Maharashtra also carried out similar amendments, however, excluding the Conversion Prohibition.

The concept of FTE has been recognized under the existing IDA as well, since the definition of ‘retrenchment’, specifically excludes termination of service of a workman due to non-renewal of a contract on its expiry or due to such contract being terminated under a stipulation in that behalf contained in the IDA (FTE Retrenchment Exclusion). Therefore, an FTE will not be entitled to prior notice of termination or retrenchment compensation from the employer under the IDA on termination of his employment on account of expiry of the fixed term tenure or pursuant to a stipulation in the contract that the services could be so terminated.

Under the Labour Code regime, ambiguities with regard to fixed term employment have been done away with, and FTE arrangement has been specifically recognized specifically under the (IR Code and SS Code), and made sector agnostic. Further, employees engaged on such fixed term arrangement will be eligible to a variety of protections and benefits under the relevant Labour Codes.

The IR Code defines ‘fixed term employment’ to mean engagement of a worker on the basis of a written contract of employment for a fixed period, provided that his hours of work, wages, allowances and other benefits shall not be less than that of a permanent worker doing the same work or work of similar nature; he shall be eligible for all statutory benefits available to a permanent worker proportionately according to the period of service rendered by him even if his period of employment does not extend to the qualifying period of employment required in the statute; and he shall be eligible for gratuity if he renders service the contract for a period of one year.”

The SS Code also defines ‘fixed term employment’ in a similar manner. Based on the definitions of FTE under the IR Code and SS Code, it can be surmised that the legislative intent is to expressly recognize FTEs in all sectors and  ensure that FTEs get benefits at par with that of a permanent employee doing the same work or work of a similar nature, including statutory benefits prorated based on tenure.

Given that the Labour Codes are expected to be implemented soon, many organizations are exploring the option of restructuring the existing permanent posts as FTE arrangements. In this regard, please note that there is no Conversion Prohibition under the Labour Codes (as it stands currently). While under the current regime, the courts have consistently deprecated the practice of hiring FTEs for jobs of perennial nature as a ruse to deprive employees of their statutory employee benefits, it remains to be seen if the judiciary even under the Labour Code regime will discourage such practice despite the FTEs being provided benefits on par with permanent employees (other than protection from retrenchment).

Currently, engagement of contract labour is regulated and governed by the Contract Labour (Regulation and Abolition) Act, 1970 (“CLRA”). The Labour Codes, in particular the OSH Code, has offered clarity on the ambit of contract labour, as compared to the existing definition under the CLRA, and should allow employers to draw a distinction between an outsourcing/services arrangement and a manpower supply arrangement. The definition of ‘contract labour’ under the OSH Code explicitly excludes a worker, who is regularly employed by the contractor for any activity of his establishment on mutually accepted standards of conditions of employment on a permanent basis, and gets periodical increments in pay, social security coverage and other welfare beneﬁts in accordance with the law. The definition of ‘contractor’ reflects this position as well, as it now includes contractors who supply contract labour for any work of the establishment as mere human resource, and the contractor’s employees working in connection with the contractor’s establishment and business operations, will not be regarded as contract labour. This is in contrast to the current CLRA regime, which does not make any such distinction.

The clarifications in the definitions and the express exclusion of regular workforce of a contractor from the ambit of ‘contract labour’ under the Labour Codes would be beneficial to principal employers as they would no longer be liable for defaults of another employer, merely because the latter provides them services with the assistance of their regular workforce who are not solely dedicated to the work of the principal employer.  This would also provide an opportunity for principal employers to review their existing contract labour engagement practices to: (a) determine whether they would still be considered contract labour arrangements under the OSH Code; and (b) consider whether modifying their practices vis `a vis third party worker arrangements would exclude such arrangements from the ambit of the provisions of the Labour Code relating to contract labour.

The new Labour Codes, in particular the SS Code, has for the first time formally recognised the concept of gig and platform workers, which is a sector largely unregulated in the current legal regime and on an estimate engages almost 15 million individuals. The rapid developments in technology has played a significant role in boosting the gig economy, more so during the time of the Covid-19 pandemic. Under the SS Code, gig workers are defined as individuals who (i) performs work or participates in a work arrangement, and (ii) earns from such activities, outside of a traditional employer-employee relationship. Platform workers are defined to be persons who have entered into a work arrangement outside the traditional employer-employee relationship, and who access organisations or individuals through an online platform and provide services or solve speciﬁc problems or provide speciﬁc services, in lieu of payment. The SS Code also provides for certain social security benefits for these categories of workers. This formal recognition of gig workers and platform workers under the Labour Codes makes it easier for employers to enter into gig arrangements based on business needs.

Agility of the workforce has attained greater focus in recent years, especially following the pandemic-induced reshaping of the employment landscape. With the recognition of the informal concepts of gig workers, platform workers etc., the Labour Codes provide a framework within which employers are given the flexibility to structure an agile workforce. Strategically used, an agile workforce can tremendously improve efficiency and streamline business operations as it allows employers to leverage the right skill set and talent in an optimal manner. As rapid technological advancements continue to disrupt business models and labour market, it is critical that employers recognise the importance of this agility and adapt their workforce suitably. Furthermore, this also necessitates efforts on the part of the workforce to continually learn and upskill themselves based on market demands.

Enquiry for Labour Codes & the future of agile workforce in India