Is India’s widening trade deficit a reason for concern? 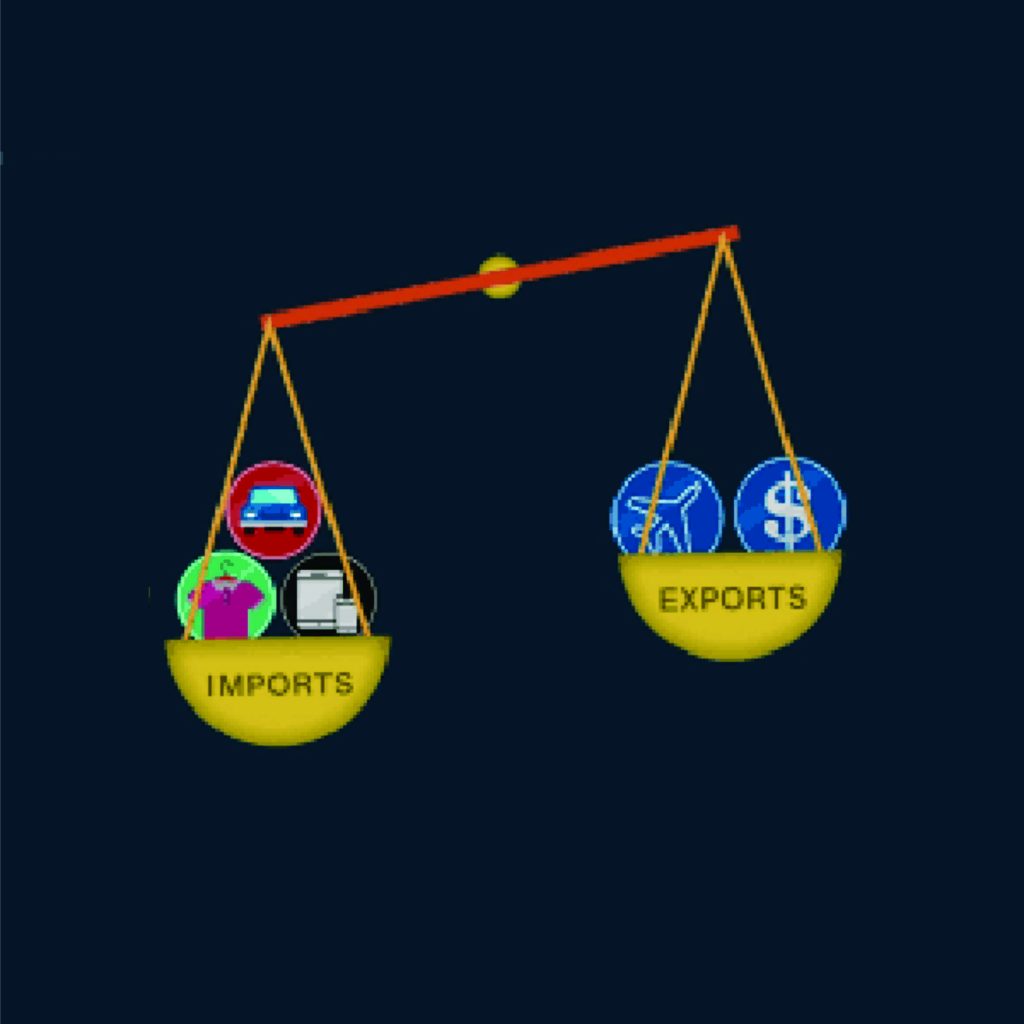 India’s trade deficit is rising! During the April-October period of the current fiscal, exports grew by 13.27% to $191 billion while imports jumped by 16.37% to $302.47 billion, leaving a trade deficit of $111.46 billion during the first seven months of the current fiscal. The deficit was $91.28 billion in April-October 2017-18. India’s Current Account Deficit (CAD) is seen at 2.8% of GDP this year against 1.9% last year. In FY18, the merchandise trade deficit stood at $156.8 billion (6.0% of GDP) and it is feared that this will widen to a four-year high of 6.4 percent of GDP in FY19 ($178.1 billion).
Trade pundits in TPCI see this as a cause of concern. While some people see the crude price hike and India’s fetish for gold import as the cause, TPCI sees the cause of the problem is not due to this but the solution lies elsewhere. Though there is no denying the fact the India is the world’s third-biggest crude importer, and buys 80% of its oil needs from overseas markets. In October 2018, oil imports totaled $14.21 billion, up 52.64% from the import in corresponding month in 2017.
What is the cause? Is it escalation in commodity prices, particularly oil and gold, is it sluggish external trade, is it rising protectionism or is it the falling rupee?
Sluggish external trade is undoubtedly one of the reasons! External trade that had emerged as a critical component in India’s growth engine, accounting to 55.8 percent of India’s GDP in FY13, decreased to 40.6 percent of the GDP in FY18. Private consumption and government spending supporting the growth momentum were attributed as the chief cause.
On import side, a 25.7 percent surge in petroleum/petroleum product imports coupled with a 32.1 percent rise in gold, silver and precious stones imports, led to the overall import registering a growth of 19.7 percent to $459.7 billion in FY18. The proportion of these two commodities in total import during FY14-FY18 was 41.4 percent.
Organic/inorganic chemicals and engineering goods exports registered a 10 percent year-on-year growth to $302.8 billion in FY18 led by the surge in petroleum products. Despite this double-digit growth, exports in FY18 were lower than FY15.
Apparently, those who blame high oil prices as the chief reason for trade deficit are not in the know of figures. Crude oil prices in 2013-14 were more than double the average for 2017-18. Despite this, the trade deficit was at $134 billion in 2013-14, which shot up to $161 billion in 2017-18.
Those who give gold and silver imports as cause too need to see the figures! Gold and silver imports in FY2017-18 were merely three-fifths of the peak reached in FY2011-12. While the import was $31.9 billion in 2013-14 and increased to $369 billion in 2017-18, they were never close to the peak import achieved in 2011-12 amounting to $61.4 billion.
It is thus clear that neither crude oil nor gold are the chief contributor for increased fiscal deficit. The real contributor is the non-oil, non-gold trade deficit which has shot up from mere 0.4 billion in 2013-14 to 53.3 billion in 2017-18. This happened because export of non-oil merchandise didn’t grow on desired lines. Between 2013-14 and 2107-18, India’s non-oil merchandise exports’ compound annual growth rate (CAGR) was only 1.36%, increasing from $252 billion to $266 billion. During the corresponding period, India’s non-oil, non-gold imports increased from $252 billion to $319 billion, a CAGR of 6.07%. While the deficit on account of the oil trade, or crude oil and petroleum products, fell from $102 billion to $71 billion between 2013-14 and 2017-18, the deficit on account of the non-oil, non-gold trade went up from $0.4 billion to $53.3 billion.
It is thus clear! The merchandise trade deficit is not due to high oil prices or an increase in bullion imports, but it is on account of a sluggish export growth and a remarkable deficit in non-oil, non-gold trade.
It is here that TPCI and its flagship event Indusfood comes into picture. Barely in its second year, Indusfood has already attained a reputation of India’s own World Super Food Market. Through inviting nearly 700 leading buyers including big wholesalers, supermarket chains catering to G&B products, Government’s F&B procuring bodies and through identifying value-added and organic products which have capacity to sell from international shelves, TPCI is seeing to it that India’s export figures grow and the target of USD60 billion export in F&B sector by 2022, as envisaged by newly launched Agri-Export Policy becomes achievable.

Enquiry for Is India’s widening trade deficit a reason for concern?