To resolve the payment crisis with Iran, Indian government can explore various options before it such as legalising third party payments & importing other commodities. 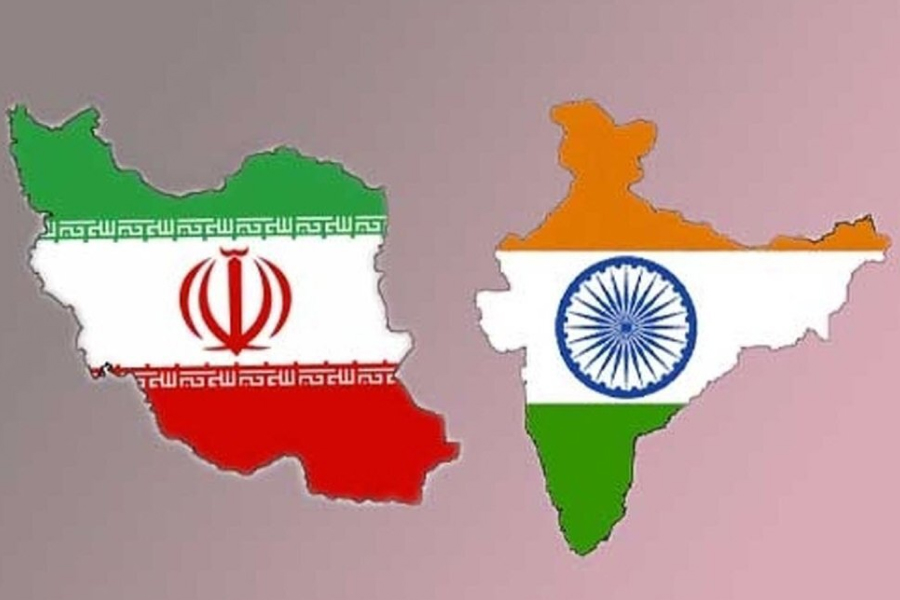 Spanning across centuries, the relationship that Iran has with India is a key one. Economic and commercial ties between the two South Asian nations have been buoyed by many strategic developments such as India’s interest in the Chabahar Port. At the same time, trade in commodities like Basmati Rice, tea, crude oil and fertilisers has kept their partnership going strong over the year. In fact, over the years, Iran has emerged as the largest importer of India’s tea and the third largest destination for India’s Basmati exports, while India is the second largest importer of crude oil in the world.

However, of late, all’s not well between the two nations when it comes to their trade ties. The inability of Iranian importers to pay to Indian exporters for exports of commodities like Basmati rice and tea has become a thorn in their bond. This blog attempts to analyse the genesis of this crisis and looks for strategies to get past it.

Top products exported by India to Iran in 2019

A brewing relationship, tanned by the American sun?

The birth of the current crisis dates back to the imposition of sanctions by the US on Iran in response to the Iranian nuclear program and Iranian support for militant organizations. Consequently, India can no longer use US dollars for transactions with Iran. In order to get past this obstacle, December 2018, India and Iran agreed to revive their 2012 rupee-rial payment mechanism to receive payments in Indian rupee. Two designated banks — UCO Bank and IDBI Bank – were charged with keeping a tab on all such transactions.

Typically, India would deposit rupees in these banks for importing crude oil, and this would be used to clear dues of exporters from India to Iran. However, in May 2019, India stopped importing crude oil from Iran due to the US-mandated sanctions as American waivers expired. Consequently, the accumulations in the rupee-rial accounts have been depleting drastically. As Gurnam Arora, Joint Managing Director of Kohinoor Foods Limited explains:

Today the situation has come to a pass where remittances are not forthcoming from Iran because the Central Bank of Iran is not issuing currency allocations to local Iranian rice importers. Because of this large number of consignments have got stuck at Iranian ports for last several months and the funds of exporters are blocked. This has created an uncertainty because of which exporters are constrained to withhold further shipments for the time being.

According to industry insiders, payments worth around INR 2,000 crore have been stalled. This has severely hurt Indian basmati and tea exporters. For example, for the time in ages, basmati rice exports from India to Iran have fallen drastically in the first half of 2020-21 fiscal owing to disruption in payments. 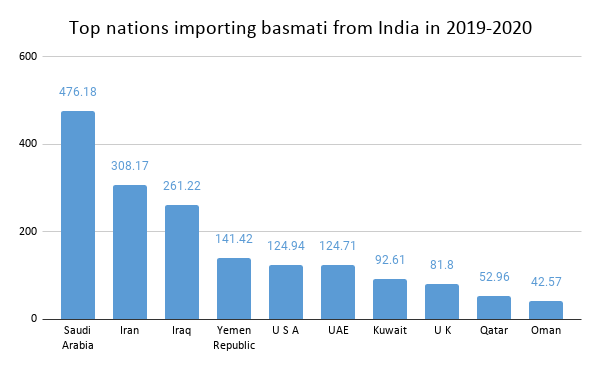 Source: Department of Commerce, GoI. All values are in US$ mn.

The same sentiment is reverberated by the tea sector, which is troubled by the double whammy of container shortage and drop in exports to Iran. Commenting on the latter issue, Indian Tea Exporters Association (ITEA) Anshuman Kanoria said:

“But this volume of exports to Iran is going to be down due to some payment problems with that country. This year exports to Iran will be around 30 million to 35 million kilograms. We have apprised the commerce ministry of the problem”.

When the dust settles

To deal with such a situation, many Iranian buyers opted to pay through the banks based in other countries.  However, this process has also invited other problems such as non-closing of shipping bills by the Banks in India even after receipt of payments.  Banks have conveyed to exporters concerned that this is not a legal and bona-fide way of receiving payments from Iran.  As Azhar Tambuwala, Director Marketing, at Sahyadri Farmers Producer Company Ltd, explains:

In the light of the present crisis, Indian exporters started trading with Iran through other countries like Turkey, maybe it’s Middle East, Germany, etc. Paradoxically, they didn’t face any issues in exporting goods from India to Iran and got all the required clearances for the same from the concerned authorities like the customs department or the RBI. However, banks become jittery when they see shipping bills from Iran because they are afraid to take the risk of allowing or sanctioning an export to Iran.

In order to deal with this crisis, there are quite a few options before India.  The need of the hour is that the government, as a special case, must consider allowing exporters to receive payment from Iranian buyers through the banks based in third country. Further, as Nathi Ram Gupta, President, All India Rice Exporters’ Association (AIREA) says:

IREA has been regularly raising the issue with Government of India to evolved a safe payment system with Iran which could be (a) to consider and allow third party payment mechanism (b) trade in globally traded and freely convertible currency.

According to Shantanu Kumar Singh, Director, Taj Agro, another thing that India can do is that India can consider importing fertilisers and some other goods, including kiwi, dates and saffron in lieu of crude oil, to keep the balance in the account. Lastly, government may consider setting up the special purpose vehicle on the lines of Instrument in Support of Trade Exchanges (INSTEX) set up by European Union to facilitate non-USD and non-SWIFT transactions with Iran to avoid US Sanctions.

Enquiry for Iran, India and the intriguing payment crisis