Investments in hydrogen will promote competition

Prof. Rangan Banerjee, Forbes Marshall Chair Professor and Head of the Department of Energy Science and Engineering, IIT Bombay, opines that a conducive framework will be instrumental to creating demand and supply of more hydrogen in India. 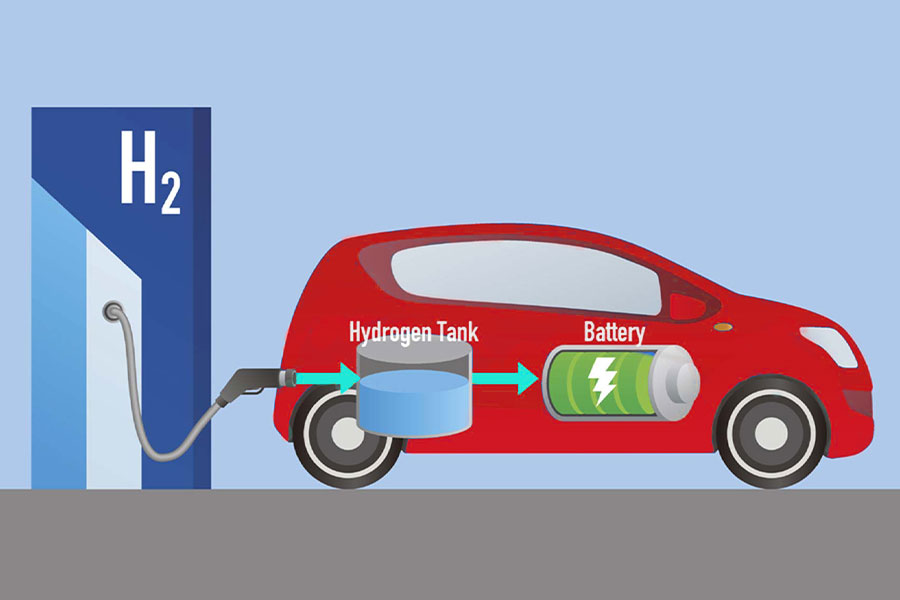 IBT: With the global buzz rising around net zero carbon emissions, the pressure on India, particularly, is mounting as it is seen as the planet’s third-largest emitter of carbon dioxide. What is your opinion on this – is this a distant dream or an attainable reality? If it is the former, then why is it so; the latter, how can it be achieved?

Prof. Rangan Banerjee: India might be the planet’s third-largest emitter of carbon dioxide, but its per capita carbon dioxide emissions are comparatively lower than the world average as well as those of many developed countries. Nevertheless, India has pledged to reduce its carbon intensity by about one-third over the 2005 value in its commitment to the Paris Accord. So, while the country may not have committed to a zero carbon future as on date, this is something that can be worked out in the future.

Developed nations with a very high level of carbon dioxide per capita, are now looking at how to stabilise it and bring it down to zero. India can also follow the suit after a couple of decades. It is already increasing the share of renewable energy in electricity generation. It is looking at electric vehicles, and at reducing the energy intensity of industries. One of the major challenges that exists to this vision is the lack of capital to make advances towards a carbon neutral development. To materialise this dream, the country needs both investments and a conducive framework.

IBT: How can green & blue hydrogen play a part in bringing down India’s carbon emissions? What advantages do they have over its counterparts like LPG, biogas, ethanol & natural gas? How can investors be attracted to invest in this technology?

Prof. Rangan Banerjee: Let’s first understand the difference between green, blue and grey hydrogen. Currently, most of the oxygen in India is obtained from natural gas through a process called steam methane reforming. Carbon dioxide is also emitted in this process as a by-product. Carbon dioxide is emitted in the production of blue hydrogen produced from natural gas, but it can be captured and stored. Thus, the net carbon dioxide emissions are zero. Green hydrogen is obtained from renewables (like biomass, PV electrolysis or wind energy) and does not produce any carbon dioxide emissions. The choice of moving from grey hydrogen to blue or green ones really boils down to the technological know-how and costs involved.

Hydrogen is a convenient and secondary fuel source. Let us take the example of obtaining hydrogen from solar PVs. All the generation which will happen will be during the sunshine hours, and the excess energy produced will have to be stored. It is costly to store that energy. The advantage of hydrogen is that we can store it and we can use it. So, this is potentially why hydrogen can be a very clean fuel, and it can also be convenient. The disadvantage is that grey hydrogen (like LPG) has environmental costs while green and blue hydrogen have significant financial costs.

IBT: According to media reports, hydrogen technology is currently being used in the petrochemicals and fertiliser industry. What are the other industrial applications of green & blue hydrogen?

Prof. Rangan Banerjee: Industries like petrochemicals, steel, coal and natural gas can be the beneficiaries since they are already paying for coal and gas. They can do trial runs for mass production of hydrogen. The second sector could be power generation. In power generation, there are gas-based power plants and a power network, and hydrogen acts as a bridge or as a fuel which can also provide storage. The third is the transport sector. For the transport sector, the country needs to have hydrogen filling stations and look at hydrogen storage.

IBT: What are the possible challenges that could slow down India’s adoption of green hydrogen as a clean fuel? What difficulties can stem in producing it (e.g. commercial viability)?

Prof. Rangan Banerjee: Let’s take hydrogen as a transport fuel. The country needs to have a clear-cut mechanism with a reasonable timeframe for getting those certifications as safety cannot be compromised. The second thing is that some industries work only on the fuel cells while others work on hydrogen storage. So, there has to be an overall system of getting different industries together and getting an enabling infrastructure (hydrogen supply). In the case of technology, there are two challenges for fuel cells. One challenge is that the life of the electrode of the fuel cells has to be extended, and the costs have to come down. Then, we need to have a way in which we can store the hydrogen which is safe, and also cost effective.

IBT: How can the cost of producing hydrogen be brought down and how can people be attracted to invest in this?

Prof. Rangan Banerjee: Firstly, hydrogen needs to be produced in huge volumes for its production to be cost-effective. Secondly, more companies need to be encouraged to invest in this technology because that would facilitate R&D in this field and the competition between the players will bring down the costs. Thirdly, a favourable policy ecosystem is needed to create demand and supply of this product. Fourthly, the question of costs, is ultimately a question of technology – how is hydrogen produced, stored and used?

Governments across the world are already thinking in terms of catalysing and supporting technology development and creating an enabling mechanism. So, hopefully, if that happens, and if you have a reasonable volume of activity, then costs can come down. India can also explore the idea of technology transfer from countries like Japan & Canada.

IBT: Recently, draft regulations for the National Hydrogen Energy Mission were released. How can the government’s NHM help India reduce its carbon emissions? In your opinion, what are some of the suggestions to improve the policy?

Prof. Rangan Banerjee: The policy has talked about supporting industries, enabling implementation mechanisms, storage and certification, and also safety certification. The point is that all of this has to be done at a level where there is a critical mass of activity. This would require ample investments.

India had a hydrogen policy earlier, but nothing much happened, really. So, in each of these segments, we need to have very clear-cut guidelines, including the specification of a baseline regarding what is the technology, what kind of costs are we looking at today, what kind of costs are likely to be there in the next five years, how much cost reductions do we emphasize, etc. Other countries like California, Europe, Japan- many of them have very specific target-oriented missions and India needs to have that too.

IBT: Which other countries can India look up to in terms of drawing inspiration for hydrogen technology? What can it learn from them?

Prof. Rangan Banerjee: India can seek inspiration from Japan’s hydrogen policy, which has also been revised last year, as far as setting time-bound goals are concerned. It can also learn a few things about technology from Canada, Korea and the USA. It can also draw some ideas from Europe which is creating hydrogen networks.

The key thing is to have an overall specific strategy and to ensure that the government is willing to commit resources and put significant amounts of funds. So, I think we are also on the same track and you will be able to see a lot happening.

IBT: What impact has the pandemic had on India’s clean energy transition? Will it derail India’s progress towards being a carbon neutral nation? Why/why not?

Prof. Rangan Banerjee: There are a number of things which are happening as a result of the pandemic and the resultant lockdown. There have been changes in the behavioural patterns and there has also been disruption in the economic activity. As a result, in terms of energy use and CO2, the growth has been lesser than that of the past. And we’ve also seen the impact in terms of improved air quality. But going forward, it needs to be ensured that the climate change problem does not result in abrupt transitions.

In the short term, the pandemic might result in some problems in terms of investments. But in a few years, we should get over that. There might be some long-term changes in the transport capacity and utilisation of transport. But that should not impact the possibility of electric vehicles or hydrogen. So, in terms of transport, the challenges for hydrogen are to compete with electric vehicles. And it also depends on how the technology plays out. Currently, it’s a little costlier. But if there are any breakthroughs, that can change. 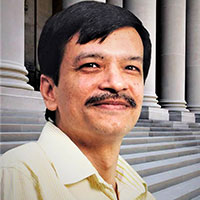 Rangan Banerjee is the Forbes Marshall Chair Professor and Head of the Department of Energy Science and Engineering at IIT Bombay – a Department that he helped start in 2007. His areas of interest include energy management, modelling of energy systems, energy planning and policy, hydrogen energy and fuel cells.

He has been involved in setting up a Megawattscale Solar Thermal Power Testing, Simulation, Research Facility sponsored by the Ministry of New and Renewable Energy. He was the faculty advisor to Team Shunya the first Indian Student team selected for the finals of the Solar Decathlon 2014 held in Europe that involves designing and constructing a fully functional Solar house.

He was a member of the TIFAC Technology Vision 2035 – Apex Committee and Chairman of the Energy Technology Theme. He was a Convening Lead Analyst for Industrial End Use Efficiency and a member of the executive committee for the Global Energy Assessment (2008-2011) coordinated by the International Institute for Applied Systems Analysis. He was a Member of International committee to review UK’s Energy Research Programme in 2010 (RCUK Review of Energy). He was a member of the Working Group on New and Renewable Energy for the Elleventh and Twelfth Five Year Plans and a member of the Planning Commission’s Integrated Energy Policy. He has been involved in advising the city, state regulatory commission and energy agency, Planning commission, Niti Aayog, MNRE on energy issues.

Enquiry for Investments in hydrogen will promote competition