Indo-US relations are expected to remain complex under the Joe Biden administration, even as the former can expect a more pragmatic and ‘multilateral’ approach on trade issues. However, in the aftermath of the pandemic, India must be prepared for the fact that economic compulsions will be prime for the US as well. 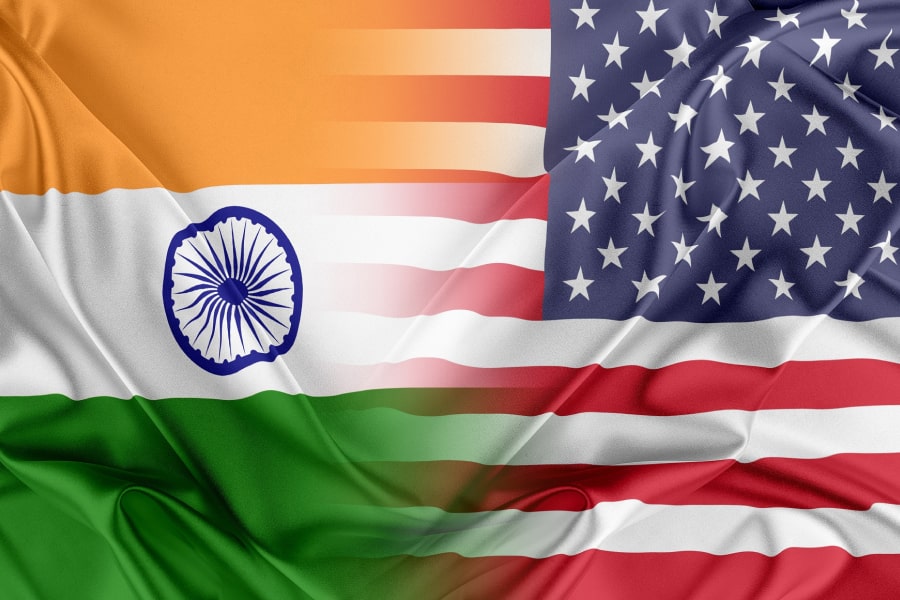 The alliance between India (world’s largest democracy) and the US (world’s oldest democracy) has remained vital and central to global geopolitics ever since India adopted liberalization three decades ago. Efforts to deepen the Indo-US strategic partnership have evolved considerably since the pivotal Nuclear Deal in 2005 and rest on five core pillars –

In December 2019, the United States hosted the second 2+2 Ministerial Dialogue in Washington, which was led by the U.S. Secretaries of State and Defense and their Indian counterparts. During this dialogue, both sides reaffirmed India’s status as a Major Defence Partner and deepened cooperation on maritime security, interoperability, and information sharing. To add to this, Indo-US engagement spans across over 30 bilateral dialogues and working groups, including space, health cooperation, energy and high technology trade. To add to this, the Indian diaspora residing in USA, has infused further strength in Indo-US ties within the context of international relations and foreign diplomacy.

There has been a continuous proliferation in number of Indian immigrants in the US. Between 1980 to 2019, the Indian immigrant population surged by a little more than 13 times, from 0.2 million in 1980 to nearly 2.69 million in 2019. Off course, the maximum surge happened after the year 2000, when IT (information technology) was booming and Indian technocrats were found to be productive and affordable (in terms of reservation wage). 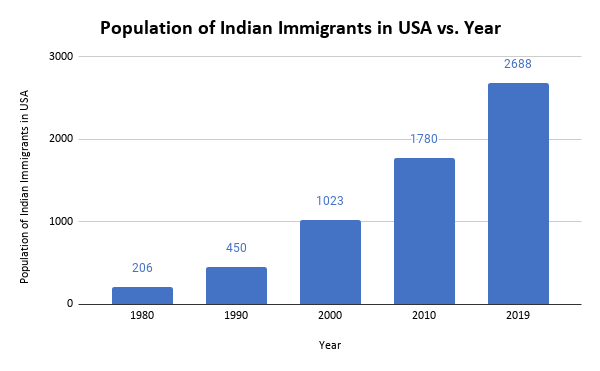 Indo-US relations have seen their highs and lows in the Trump era, especially with issues like H-1B visa restrictions and GSP removal casting their shadow on ties. With Joe Biden’s administration coming into power, both Indians in the US and back home are expecting some reversal in the Trump-led wave of protectionism. But, will this be pragmatic to expect, that too during the pandemic and post-pandemic phase?

There are many dominions, which are keenly looked upon in context of the Indo-US strategic alliance with new administration coming into power. From H-1B visa issue, to technology, e-commerce and data sharing policy, climate change, bilateral trade, GSP (generalized system of preference), to counter China’s image as a global leader. Many such attributes will be the key drivers in shaping Indo-US diplomacy in next four years.

There are some areas like countering China’s dominance in trade, sharing technology & markets for mutual benefits, countering terrorism, national security and advocating for India in G7, where there seems to be strong concurrence of views between the two sides. But on the other hand, issues like H-1B visa, global e-commerce policy, digital tax, data sharing, arms trade and GSP status and diplomatic relations with Iran, where India & US face friction in ties.

So, we need to have a realistic view regarding the Indo-US strategic alliance in coming time frame. Let’s begin our discussion with the H-1B visa policy. On the positive side, Biden has allowed the Trump era H-1B visa ban to expire on march 31, 2021. The US State Department announced on its website, “Visa applicants who have not yet been interviewed or scheduled for an interview will have their applications prioritised and processed in accordance with existing phased resumption of visa services guidance”

On the other hand, a major issue that remains is the status of Indian green card holders. Influential Indian American groups such as Immigration Voice have in fact asked the Biden administration to discontinue the H-1B visas till the “discriminatory cap” on lawful permanent residency or Green Cards is removed. It has created a backlog of over 1 million people waiting for green cards with a wait time of 195 years! By 2030, this could increase to 436 years. This is the result of a stark irony, that Indians account for around 70% or 60,000 H-1B visas issued by the US annually. But due to per country limits, Indians get only 8,400 of the 120,000 employment-based green cards every year.

It is perfectly fine and ethical to prioritize domestic workers with comparable skill sets and reservation wages. But in the current scenario, it is cogent that US labour has significantly higher reservation wage than Indians, which makes them expensive to afford for any given firm. So, this will straightaway hurt the competitiveness of several US firms, ultimately resulting in progressive loss of market share over time. It is hoped that the US will address this green card issue over time, to ensure a more predictable and encouraging environment for Indian workers looking to settle in the country, as it will be a win-win.

Secondly, India-Iran economic and diplomatic relations broadly depends on how US will proceed with Iran-related issues. Its true that US’s relation with Iran is quite exacerbated, but the decree given by the Trump administration in 2018 to other economies to phase off their trade relation with Iran (especially oil imports) might not be expected in Biden’s regime. Biden had already described the Trump’s policy on Iran as a “dangerous failure” and had promised to reverse it.

Since economic recovery and coming out of the pandemic-induced devastation will be among the prior agendas of US, they may not adopt an extremist view when it comes to controlling geo political relations. Keeping these views and approach in mind, can the Biden administration restore the GSP status, if at all, to signal an ideologically different positioning from the previous regime? It would not be wrong in saying that the withdrawal of GSP status in 2018 was more symbolic than actually punitive, because the difference between GSP rates and MFN rates are minute. Indian stakeholders did not lose much even by facing a non-GSP rates or rather MFN rates.

One thing here, which US will definitely expect from India on the trade front is to give its companies greater market share in supplying arms and defence goods, which are largely being supplied by Russia, France and Israel at present. India, should definitely engage in defence deals and arm purchase from US as well to boost our defence and military relations.

According to India’s ambassador to the US Taranjit Singh Sandhu, India’s defence trade has risen significantly in a short span of time, and stands at over US$ 21 billion. India and US have already signed few of the agreements to buttress bilateral defence trade and cooperation. These agreements include Logistics Exchange Memorandum of Agreement (LEMOA), Communications Compatibility and Security Agreement (COMCASA), Industrial Security Annex and the Basic Exchange and Cooperation Agreement (BECA), which bolsters military to military cooperation. India is also looked upon as a key partner by US, from the context of Indo-Pacific alliance, mainly to counter and castigate terrorism.

Last year, the Indian government clampdown close to 300 Chinese apps, due to which it also gave some additional space to US’s tech firms in Indian software market. It is clear that India and US stand together, to enervate China’s economic and geopolitical position, but not in an extreme manner. This will further burgeon our (India & US) cyber and software trade and investment relations.

An outcome of this mutual recognition is the formation of the Quad between India, US, Japan and Australia that seeks to be a vital platform for collaboration on the Indo-Pacific region. Leaders of the four nations organised the first Quad summit on March 12. The meeting formally described the spirit of the Quad thus, “We strive for a region that is free, open, inclusive, healthy, anchored by democratic values, and unconstrained by coercion.”

On the whole, we might expect at least some fundamental change in the Indo-US economic relations and alliance focusing on substance, rather than just being rhetoric. But one must also keep in mind that the contours of global trade equations have transformed significantly in the last few years. In coming time period US will have major role to play by investing capital in making India, a global manufacturing hub, within South and South East Asia. At the same, time, while US-India relations are on a far better footing vis-a-vis US-China relations, experts also expect that US will return to viewing things from a multilateral prism, as opposed to the bilateral approach taken by the Trump regime. Moreover, as Dr Manoj Pant, Director, IIFT, emphasises, the Cold War is long gone, and the present understanding of trade relations is expected to be far more based on economics as opposed to politics:

“The world agenda is that if there’s a development concern, then it trumps everything else, because the world is under stress condition and domestic projects are also on everyone’s mind, which is typically always there. This is quite similar to the situation we saw in the 1930’s”

So India can also continue to expect to be on the opposite side of the table vis-a-vis the US on agenda points like special and differential agreements, agricultural subsidies, moratorium on e-commerce duties, H-1B visas and more recently, on digital taxation. The United States Trade Representative (USTR) has been probing the digital services tax (DST) provisions adopted by countries like India, Indonesia, the UK, Brazil and the EU.

Based on this investigation, the US is now proposing retaliatory action against these countries, which for India could mean “additional tariffs of up to 25% ad valorem on an aggregate level of trade that would collect duties on goods of India in the range of the amount of DST that India is expected to collect from US companies”. The preliminary list of these products includes  shrimps, basmati rice, cigarette paper, cultured pearls, semi precious stones, silver powder and silver articles of jewelry, gold mixed link necklaces and neck chains and certain furniture of bentwood. The DST estimations by the report estimate an additional payout by US-based company groups to India at around US$ 55 million per year.

This only goes on to illustrate the continuing complex nature of Indo-US relations over the coming years. Conflicts of interest are going to remain, but there are many more possible areas of cooperation that can be strengthened in the interest of keeping the overall direction of Indo-US ties on track.

Enquiry for Indo-US ties under Biden: Retrieving the momentum