India’s exports have shown a strong growth of 17.72% as per data released for the period April-November 2022. Petroleum Products, Electronic goods, Tobacco, Tea, Cereal preparations and misc, rice, Ceramic products & glassware and fruits & vegetables were among the fastest growing export categories. 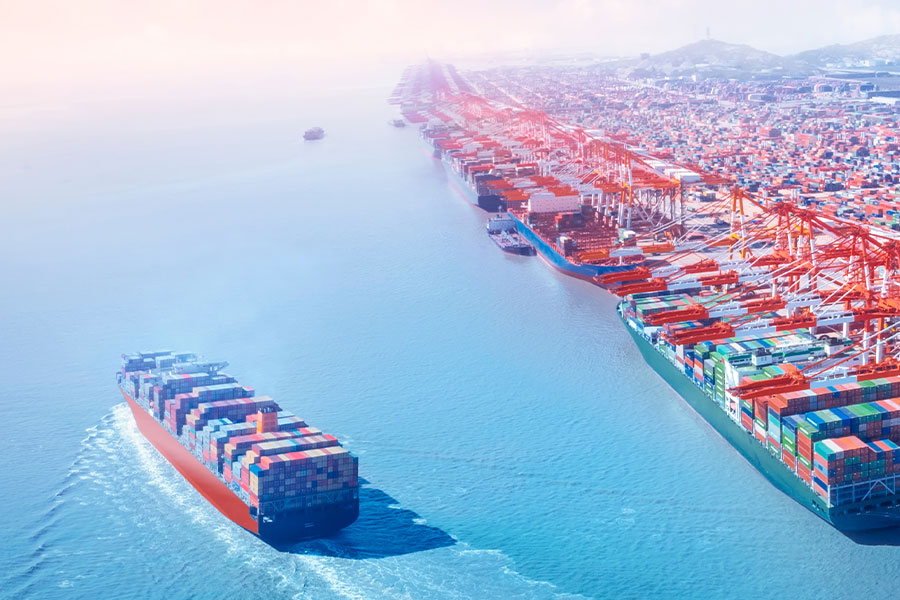 According to recent figures, India’s trade seems to be moving forward despite the global economic turmoil caused by Covid-19 and Russia-Ukraine war. India’s Merchandise and Services exports exhibited strong growth of 17.72% during April-November 2022. Since India’s domestic demand has remained steady, a growth of 29.47% in imports can also be observed in April-November 2022.

Source: pib.gov.in, Values in US$ billion

India’s total exports, including Merchandise and Services, during April-November 2022, were estimated at US$ 499.67 billion, whereas total imports for the same period were recorded at US$ 610.70 billion.

Source: pib.gov.in, Values in US$ billion

Merchandise imports witnessed a jump from US$ 381.17 billion to US$ 493.61 billion in 2022. Non-petroleum, non-gems and jewellery (gold, silver and precious metals) imports stood at US$ 293.83 billion during the period, compared to US$ 230.91 billion in the same period last year.

Similar to Merchandise, the Services sector has also witnessed a growth in both exports and imports. The estimated value of services exports for April-November 2022* was US$ 204.41 billion, as compared to US$ 158.67 billion in the same period last year.

Services imports also witnessed a surge, to US$ 117.09 billion, as compared to US$ 90.52 billion in the same period last year. Services trade surplus for April-November 2022 is estimated to be US$ 87.32 billion against US$ 68.16 billion last year.

A few sectors like engineering and iron ore (-71.73%), Handicrafts (-33.98%), Cashew (-29.60%) and Cotton yarn (-25.79%) are facing slowdown due to decline in economic activities. Similarly, there is a decline in exports in dyes and organic chemicals due to less demand in traditional markets of China, Turkey and Bangladesh. High volume items like Paraxylene, Ethylene Glycol etc are also facing slowdown due to low price realization from traditional export markets and higher domestic industry demand. India’s plastics exports (-9.66%) have also been hampered due to recession in major markets like USA and Europe.

India signed a Comprehensive Economic Partnership Agreement (CEPA) with the United Arab Emirates (UAE) earlier this year. The CEPA is aimed to boost the bilateral ties between the two nations. India will benefit the market access by UAE on over 97% of its tariff line accounting for 99% exports to the UAE in value terms such as Gems and Jewellery, Textiles, leather etc. Furthermore, ties with the UAE will further lead to improved prospects in GCC and markets of the West.

The recently signed Free Trade Agreement (FTA) between India and Australia will come into effect on December  29, 2022. With this agreement, duties on 100% tariff lines will be eliminated by Australia. Total bilateral trade is expected to cross US$ 45-50 billion in next five years, which currently stands at US$ 31 billion.