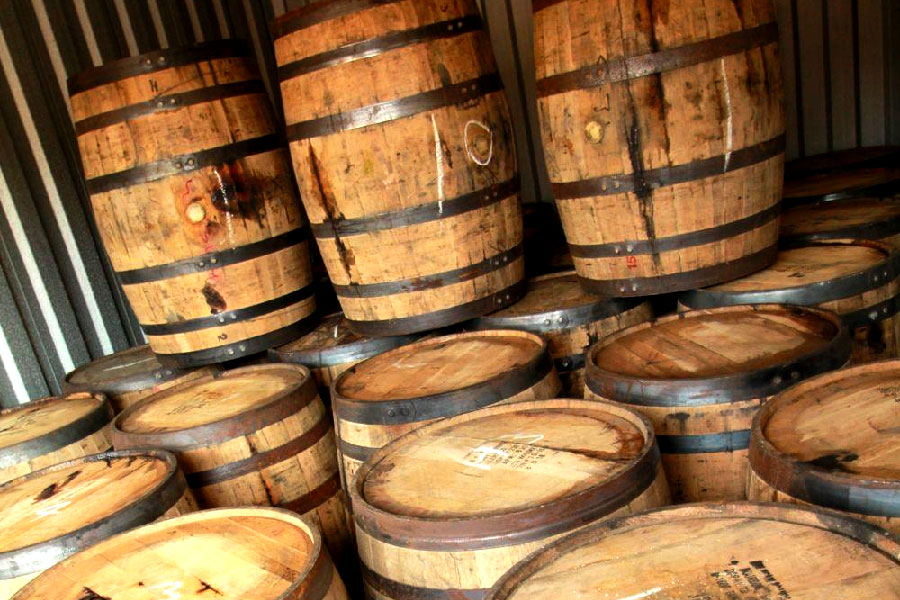 2020 has been a milestone year for the Indian whisky industry. Amrut Fusion was conferred the title of the best Indian whisky in the world at the highly coveted International Wine and Spirits Competition while Mithuna by Paul John was declared the world’s third-finest whisky by acclaimed Jim Murray’s Whisky Bible 2021. Clearly, a number of Indian origin packaged aged blended/single malt spirits are taking the world by storm.

The international success that these Indian single malts have fetched raises some questions – How distinct are these concoctions from other whiskies in the Indian Made Foreign Liquor (IMFL) category? What let to their success? What lessons can other brands aspiring to enter the business draw from their success? What is the future of Indian single malts? This blog offers insights into these questions.

Carving an Indian niche on the world whisky map

In 2019, India emerged as the world’s 15th largest whisky exporter, lagging behind the likes of UK which is famous for its Scotch or the USA which is known for its Bourbon in the global spirits race. But this is not to steal away from the charm of the Indian single malt. Albeit still in its infancy, Indian single malt is a rich and exciting playground for whisky lovers all across the globe. This is due to the efforts of three brands – Amrut, Paul John and Rampur – that are changing the face of Indian whisky industry. 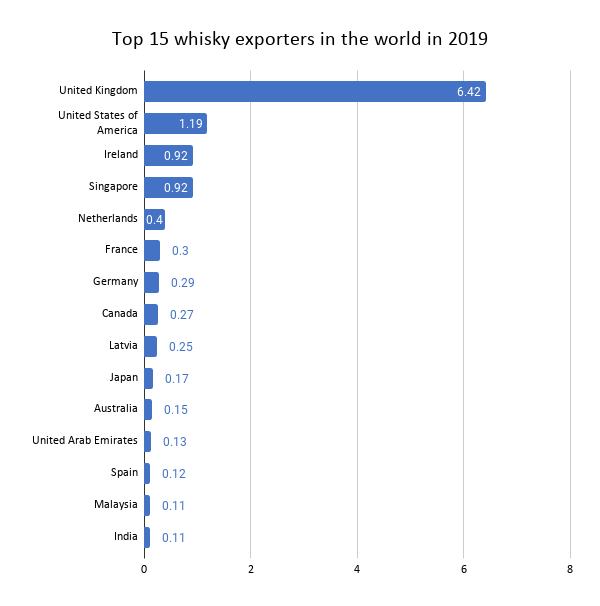 Source: ITC Trade Map (All figures in US$ billion)

The reason why these brands are the vanguards of change lies in the alchemy of their composition. Thus, in contrast to IMFL – a broad term used to refer to whiskies, rum or vodka – which are typically made by reducing neutral spirit made of molasses and the mixing it with flavors, other spirits (usually Scotch whisky) and caramel, these three brands use malts or grains as raw materials. (It must be mentioned here that such drinks such drinks are not recognised as whiskies in the European Union.)

However, even after their international success, the popularity of Indian single malts is yet to pick up in the domestic market as many luxury consumers are more compelled by the wonders of high-end blended scotches. Anuj B. Patel, a Chicago-based connoisseur and collector of Indian whiskies. “I don’t have a lot of friends or family members back in India purchasing Amrut a lot. This is the harsh truth from Indians who love their whiskey: We would rather drink [Johnnie Walker] Blue Label.” Thus, India has till date not warmed up to the idea of selling indigenous aged malt spirits to its consumers as a branded product. This raises the questions what can be done to create demand for Indian single malts in India (- the second largest market in the world in terms of volume and seventh largest market in terms of volume of whisky consumed) and international markets and what are the challenges that it can encounter while doing the same. 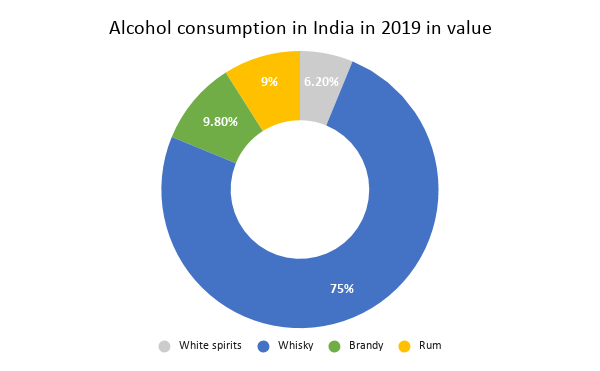 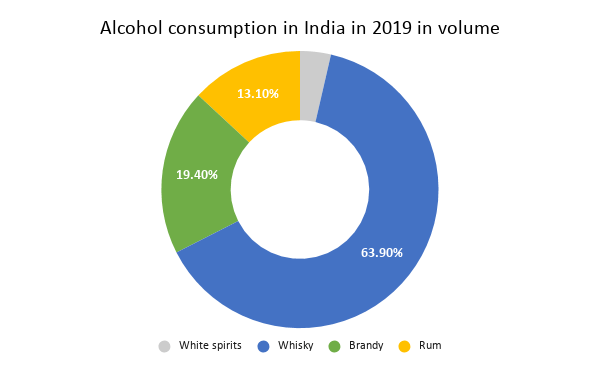 A long ride ahead?

Firstly, those venturing into the Indian single malt whisky need to fight a battle of perception. Mr. Vijay Rekhi, Founder Chairman, Vizanar Alcobev & FMCG Advisors, explains “the perceived quality of scotch is regarded as being superior by the local consumers. That is why it is preferred either as a blended product or single malt or that is why it is used by the local producers to mix their products along with scotch”.

Secondly, in a price sensitive market like India, building brand loyalty is not an easy process. As Paul P John, Chairman & Managing Director, Paul John Single Malts asserts, “India has been selling indigenous aged malts since the late `90’s as a branded product but never really focussed in building brands as we know today. Creating a global brand is one of the toughest and most expensive missions to embark on with continuous deep investments that pose a big challenge.”

Thirdly, Indian whisky makers are also grappling with the rising cost and the complexities of doing business in India. There exist a plethora of different nomenclatures of taxes and entry barriers created by 28 State Governments and 8 Union Territories in the country. Further, the new brands introduced in high tax license States, are unable to take the burden of such one-time hefty license fees. This high licensing fee, ultimately increases the cost of the brew, thereby rendering uncompetitive. For example, Amrut sells single malt for Rs3,300 in its home state of Bangalore, while bottled­-in-­India Scotch starts at around R1,800.

Lastly, another area which India needs to work on is its barrel management. Murray opines that “if you put a good spirit into a poor cask, guess what you end up with? Poor whisky. It’s really important that they start putting their money in wood management, and understand it better. Use different types of casks and marry different styles to get structure”. In other words, if the nation wants to up its whisky game, Indian distilleries need to work on their wood management skills.

How to win the whisky game?: Marketing the Indian single malts

While high end IMFL products like malt whiskies, are in relatively early days of product cycle and compare very well with leading Scotch products in terms of quality, they are yet to build the demand traction that Scotch whiskies have built over decades. However, Dr Lalit Khaitan, Chairman and Managing Director, Radico Khaitan Limited is optimistic that “With Prime Minister Narendra Modi’s ‘Vocal for Local’ campaign, it is certain that IMFL will continue to witness higher demand with home grown brands having a definite edge over international ones in the Indian market”.

Brands need to think of innovative marketing strategies. “A brand is about a good product and then the marketing has to be solid enough to proliferate the message. Without a good product, marketing will fall flat eventually,” asserts wine sommelier Magandeep Singh. A case in point is Grover Zampa Vineyards which uses for export purposes mono carton boxes which have the story of the brand on the inside indicating the superlative quality of the wine accepted in over 22 countries and listed in a couple of Michelin star restaurants. Lessons can also be drawn from the famous Heineken Experience in Amsterdam which allows visitors to taste the story of the world’s most famous beer. The idea of virtual tours of whisky distilleries can also be explored by the country’s whisky brands.

If India wants to expand its presence in the international whisky market, then it also needs to work on the production process. Firstly, it needs to be in sync with the international standards of whisky production. This means that it needs to change its approach from the production of whisky made from molasses to whisky made from cereal grains such as corn, rye and barley. Secondly, the maturation period of the concoction needs to be expanded in order to enhance its quality and to meet global parameters. Thirdly, whisky makers in India need to remember the golden rule to make a good spirit and put it in good wood because that is where the alchemy happens. Once the whisky made in India meets these criteria, it can seek GI recognition, which will significantly improve its credibility in the overseas market. 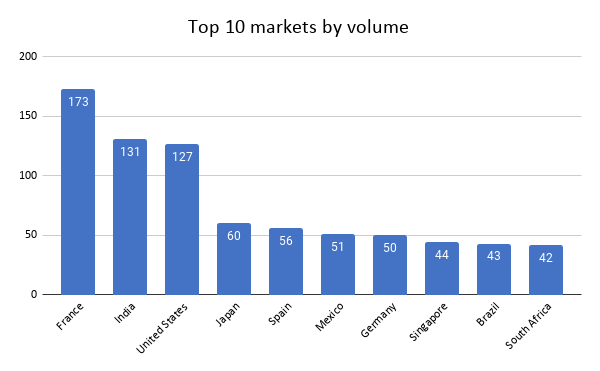 But there’s only so much that a brand can do. Vinod Giri, Director General, Confederation of Indian Alcoholic Beverage Companies explains that India needs to “give them excise policy support in states instead of blatant discrimination against them.” He also speaks about the need to promote a licensing regime that encourages large scale plants and low compliance cost, and a taxation regime that encourages the industry as a legitimate product, instead of a source of addiction. Lastly, getting other nations to reduce non-tariff barriers on Indian exports will provide India easier access into like premium whisky markets like USA & EU and thereby help the industry do well.

Enquiry for Indian whisky industry: Too early to say cheers?