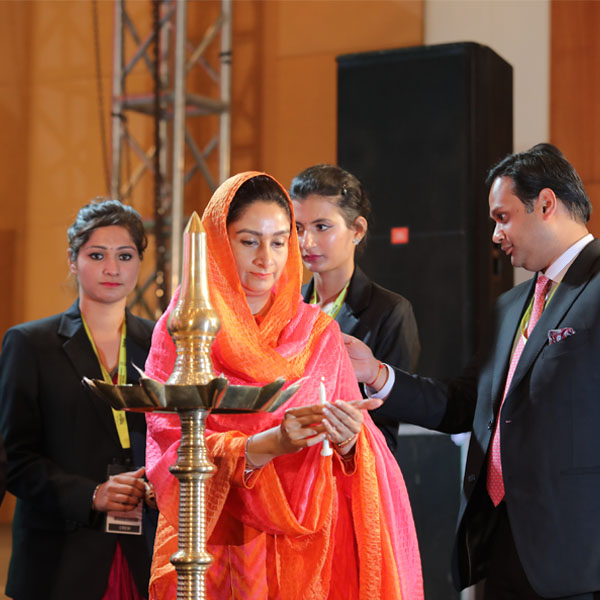 Addressing the gathering of delegates from around 80 countries, the minister informed that the country had undertaken a number of reforms in the last four-and-a-half-years to ensure the growth and expansion of the food processing industry. She said that one of the first things that the central government had done was to harmonise the Food Safety Standard Authority of India’s (FSSAI) way of doing things as per international global standards. Commencement of mega food parks was one such major initiative in this regard. There were approximately 40 Mega Food Parks all over the country and an incentive of Rs. 500 million was extended for every mega food park, where the government and its partners were working to create common infrastructure. Other notable initiatives included schemes such as cold chain, mini food parks and backward-forward linkage schemes, in a bid to improve the economic lot of the farmers.

The minister added that the government had been focusing on creating the infrastructure to preserve and process food as the high-level of wastage also led to price rise. Reducing food wastage would not only ensure more food for the people but also ensure that India, which has the capacity of becoming the food factory of the world, would find a prominent place in the food map of the world. She further spoke about how the Pradhan Mantri Sampadha Yojna was helping to supplement agriculture wealth.

Inviting large-scale foreign participation in the country’s F&B space, the minister urged, “If you are looking to source out of India, this is the time to do it!” Referring to the increase in the global demand for food in the last few years, she said that it was impossible for the world to ignore India. The aim was to make sure that the foreign investors not only see India as a sourcing hub but also as a producing hub.

Mr. Santosh Kumar Sarangi, Joint Secretary, Export Promotion Agriculture, Department of Commerce told the gathering of India’s achievement of being among the top-ten agricultural exporters in the world. Elaborating on Prime Minister Mr. Narendra Modi’s mission of doubling farmers’ income, he said that this could be achieved by integrating them with the local market, one of the forums for which is IndusFood. Talking about the success of IndusFood, Mr. Sarangi said, “The scale on which IndusFood has grown has given us a lot of confidence about our potential for integration with the global marketers.”

In a special pre-recorded video address, the Union Minister of Commerce and Industry, Mr. Suresh Prabhakar Prabhu, extended his best wishes to the buyers and sellers attending IndusFood.

In a vote of thanks, Mr. Mohit Singla, Chairman, Trade Promotion Council of India (TPCI), which is also organising the event in association with the Department of Commerce, Ministry of Commerce & Industry, said, “IndusFood is a very important buyer-seller meet. As India’s ability to provide food is phenomenal, we decided that rather than Indians going out to sell their products, we bring in international buyers to India to buy these products.”

Now in its second year, about 800 pre-selected global players representing large retailers, importers and investors along with government companies are represented at IndusFood. The event is India’s official, export-focussed F&B trade fair showcasing the country’s best line-up of products to global buyers.