Pushkar Mukewar, Co-founder and CEO at Drip Capital, comments that it is time to leverage the market of Iran for India’s tea exports, which is the largest importer of Indian tea. Venturing into the green tea market, staying abreast of the evolving packaging and consumption trends would provide Indian tea traders and producers with numerous opportunities. 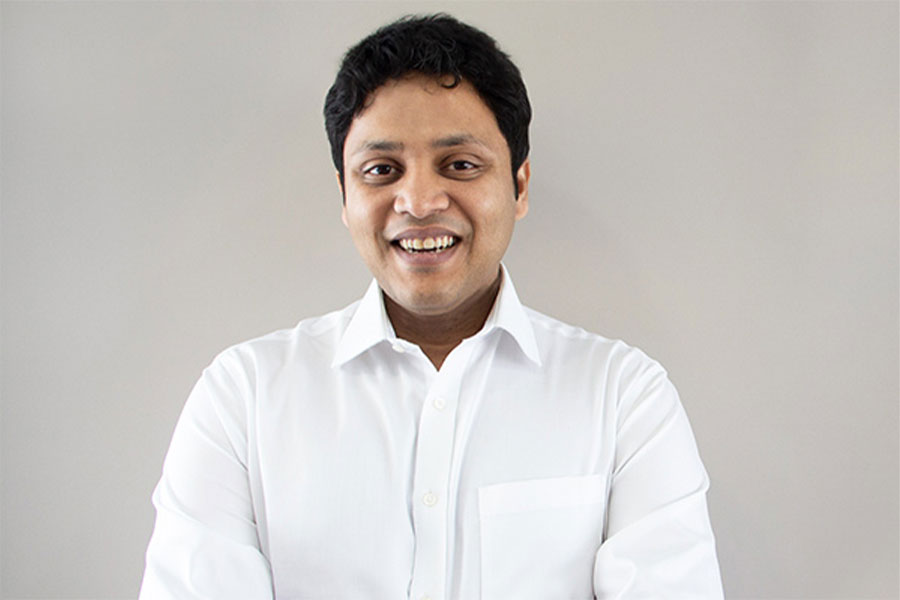 Pushkar Mukewar: Even before COVID-19 struck a blow to the tea sector, India’s tea exports declined at a CAGR of -1% during 2011-2020. One of the main factors for this fall can be attributed to the scarcity of variety in India’s product mix and the failure to tap into the increasingly popular green tea market. India exported tea worth US$ 872 million in 2019. Out of this value, black tea comprised a whopping 91%, whereas green tea consisted of merely 2%.

Geographically, West Bengal and Assam account for around 60% of the country’s total tea output. However, Gujarat exported US$ 24 million worth of tea in FY 2019-20, making it a potential tea exporting state. Iran, Russia, the US, UK, and the UAE are among the top five buyers of Indian tea. In 2019, India exported US$ 227 million worth of tea to Iran, which is India’s largest market by a margin of 26%. During 2015-2019, exports of Indian tea to Iran have grown at a CAGR of 16%, despite the geopolitical situation in the region.

Our report suggests that the bilateral preferential trade agreement between Iran and India seemed to have given Indian tea greater access to the Iranian market. With Sri Lanka giving India a close competition to acquire a significant share in Iran, it is time for exporters to further leverage this market.

IBT: In comparison, how have the key competitors of Indian tea performed? What are the reasons behind the difference in export performances of India and its competitors?

Pushkar Mukewar: China is the largest producer of tea in the world. In the last decade, China’s tea production grew at a CAGR of 7% per annum which was 4% more than India’s. While India produced only 1,390 thousand tonnes of tea in 2019, China harvested nearly twice that quantity. Additionally, even though China’s total export quantity has only grown by just 2% between 2010-2019, its export value grew at a 10% annual growth rate.

As of date, China holds almost a 60% market share of global green tea exports. This growth could be attributed to the Chinese tea industry’s swiftness to alter its product mix to match the rising global demand. On the other hand, India was slow to pick up on this changing trend in the early 2000s and continues to do so.

India’s second key competitor in the tea market is Sri Lanka. Although India exported 50% more tea than Sri Lanka in 2019, the value of exports for both countries was essentially the same. This highlights the significant price differences between the two countries’ tea produce.

Unlike India, Sri Lanka invested in building a global brand image of the local tea and leveraged opportunities like the Geographical Indication (GI) tag. After Sri Lanka’s Ceylon Tea obtained a GI tag in 2008-2010, the average price per tonne of its tea exports almost doubled from US$ 2,000-US$ 3,000 price range to an average price of over US$ 4,000 per tonne. Indian tea prices, however, hardly moved above the US$ 2,000-3,000 per tonne average price range after the country obtained a GI tag for its Darjeeling Tea and Assam Orthodox Tea in the 2000s.

The failure to break away from the safety net of producing black tea, the resistance in altering its product mix, and the lack of marketing efforts to build the Indian tea brands have resulted in China and Sri Lanka rising above India in the tea export market.

Pushkar Mukewar: When COVID-19 hit the country, India’s tea exports fell by 14%. As lockdowns were introduced, the overall exports of tea experienced a 69% decline Y-o-Y in April 2020, which is also when the first flush of tea is exported. This dip in exports is led by the lack of ‘visits to the origin’ i.e. trips made by the buyers to test the season’s harvest. This situation was further aggravated by lagging shipping logistics and the product’s sanitary concerns at the importing countries’ ports.

However, COVID-19 also brought about a trend for convenience in the tea market as it is now witnessing a demand for a new variety– Ready-To-Drink (RTD) tea. With more economies opting for work-from-home and localized lockdown restrictions, the importance of this value-added product appears to be on the rise, especially among US consumers.

IBT: What are the expected future opportunities for Indian tea in the domestic and global market?

Pushkar Mukewar: Despite there being a dip in the overall tea exports in 2020, things started looking brighter towards the end of last year, with December 2020 registering a 5% growth YoY. Thanks to gradual unlock phases and increasing economic activity, we expect a mild recovery in 2021.

While chai will continue to remain popular in India, the rising global appreciation for green tea cannot be ignored, and thus, local sellers should tap into this high-growth opportunity. Given the pricing advantage green tea enjoys, the Indian tea export market could potentially benefit from a shift towards a greater than 2% proportion of green tea in the mix. The rising tension between the US and China which might have positive implications on India’s tea export is another reason to revamp India’s product mix.

As far as RTD is concerned, India, at present, does not have enough manufacturing plants that can cater to this value-added product’s growing demand. Hence, China is seeking advantage of the situation by importing black tea from India, then conducting the extraction process, and later re-exporting the pre-made tea to the US market. To beat China and stay on top of the game, Indian tea producers and processors should start exploiting this additional avenue of the RTD market by adopting value addition, which would help Indian tea command a better price in the global market.

When it comes to the packaging of tea, our reports suggested a growing preference towards the easy-to- transport and convenient to handle smaller packings rather than the bulk packings.

It was observed that tea exporters who offer private labeling services with the end buyers’ branding on the packaging command a better price in the market as they are essentially moving their product up the value chain. Indian exporters should keep up with this trend going ahead, which will help them build their brand name.

Venturing into the green tea market, staying abreast of the evolving packaging and consumption trends would provide Indian tea traders and producers with numerous opportunities to rise in the domestic and international tea market.

IBT: What are your recommendations for the Indian tea industry to reach a higher level of potential in the global market?

Pushkar Mukewar: All key industry stakeholders need to come together and take charge of the situation. Value addition efforts in terms of branding and a progressive outlook regarding an alteration in the product mix are the need of the hour. Growing consumer demand for better quality and higher convenience products indicates that Indian tea needs to be competitive beyond its low pricing advantage.

For that, India’s exporters, like exporters of Sri Lanka, should start prioritizing the brand image of local tea and invest more in their marketing efforts to build a global reputation for Darjeeling and Assam Orthodox Tea. In addition, exporters can begin to offer private labelling services with the end buyers’ branding on the packaging and also shift to the popular smaller packaging instead of the bulk packaging.

Besides this, Indian tea exporters must expand into new geographies. Tea exports to the UK saw a decline of 8% CAGR for the last five years up until 2019. Over the years, the UK has also started importing more tea from Kenya rather than India. So, Indian exporters should look beyond this traditional market and tap into emerging hotspots like Iran. This will help Indian tea brands carve a name in the global tea industry.

Pushkar Mukewar is Co-founder and CEO at Drip Capital. Views expressed are personal