Naveen Tewari, Founder & CEO, InMobi Group, discusses the growth trajectory of Roposo, the company’s short video sharing app. He also explains that the onset of COVID-19, recent ban on Chinese apps and the push by the government towards an Aatma Nirbhar app ecosystem present a rare opportunity for homegrown app developers to shape India’s digital ecosystem in the coming years. 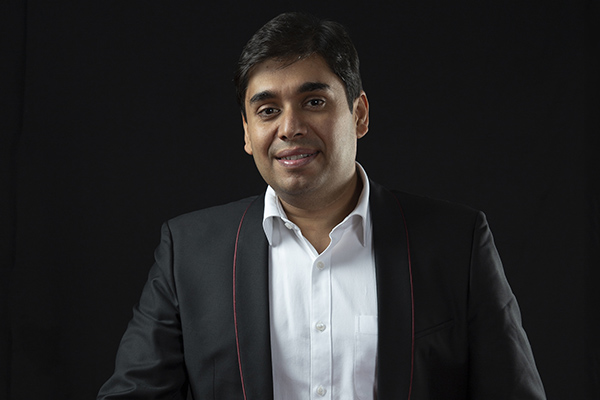 IBT: What are the major attributes of Roposo as a content platform that led you to acquire it last year? How has it grown in the pre-COVID and post-COVID period?

Naveen Tewari: Roposo is part of our Glance unit, which is a very large consumer platform for us. Glance has scaled massively in the past 12-15 months to be among the top 15 platforms on the lockscreen at a very high daily active user count. Around 100 million people use Glance everyday. As a part of that, we were a big believer in content that gets created by authentic influencers at any point of time and therefore we wanted to build that service ourselves. But before we started to build the service, we wanted to see if there are others who share that vision, when it comes to this whole social/community-based video platform.

Then we stumbled upon Roposo and met the founders and really got aligned with the larger pieces of how they were trying to build such a platform. It is a very strong product and platform that has been around for around 5 years. And that led to the acquisition of Roposo by Glance last year. The idea was that we would be growing Glance despite the fact that there are players like Tik Tok in the market in the category. We were clear that we have a differentiating product, but we also have Glance, which is a great B2C platform and therefore we would be able to drive the business model of Roposo once we acquire it.

We spent the first 3-4 months integrating Roposo with Glance. We started to then scale it from April 2020 onwards and have been seeing substantial growth with around 7 lakh new users a day in that time period. We upgraded our systems to ensure that anybody who is a creator or artist gets on to our platform, and also get the consumer to consume such content. We were getting 5-10 million users on a daily basis. Somewhere in the middle of June, we were seeing around 250 million video views. In the last week or so, that has gone up to 2 billion video views a day and people are spending around 35-40 minutes on the platform.

IBT: What are your expansion plans for Roposo going forward? How will you ensure that monetization works for the platform as well as influencers, especially considering that the ban on Tik Tok has affected several influencers on the platform?

Naveen Tewari: We have taken on the mantle of building India’s next entertainment platform that is created by the people and for the people. A huge differentiator for Roposo is that its content is very deeply entrenched into the philosophies and culture of India and its society. It is important for us that people can culturally connect with what they see through Roposo. That’s probably the most important thing that we are building with Roposo now.

Glance is already a global platform, which we started in India and have scaled in Southeast Asia. Given that it is connected to Glance, Roposo will also follow the same trajectory. It will take time, but we have aspirations of doing that for sure.

Monetization for us and the content creators is highly connected. As brands approach us, we ask them to connect with the influencers. The brands pay these influencers for representing them and then these brands also spend ad money on the platform. With this model, we will bring back the money that influencers are losing today. Influencers have a significant advantage from our platform because they find it a lot more stable and long term.

IBT: What is your view on the two key developments that have happened recently – the PM’s push for an Aatma Nirbhar App Innovation Challenge and the ban on 59 Chinese apps in India? How will they impact the evolution of India’s app ecosystem?

From a very small consumer base on the internet, we are among the largest countries today, where citizens spend disproportionate time on digital platforms. I feel that the time has come for us to essentially grow as an ecosystem in terms of regulating the digital platform. The ban was essentially in light of laws and rules that are deeply entrenched into society and you need to follow them to function in our country. If you see, it’s a ban on certain apps, and you will see a lot of apps which are still out there and are Chinese.

Secondly, this opens up an interesting opportunity, because suddenly, there is a void in the market that can be filled by a lot of Indian entrepreneurs. The PM’s outreach for creating an Aatma Nirbhar Digital India can become a reality. I think such opportunities come very rarely in history, and when it has come, we have a responsibility to ensure that we fulfil it. I am sure many Indian entrepreneurs are working very hard to fill this so-called gap that has been created.

IBT: India has been swamped by a number of foreign apps in the recent few years, particularly China. What are the reasons why our indingenous players are unable to compete, despite having the skillsets?

Naveen Tewari: There is a very simple economic reason. Our borders are open for platforms to come in from all parts of the world and boundaries actually don’t have any meaning. These platforms have been able to grow in India irrespective of the country where they come from. They have been able to use the high GDP per capita of these countries to subsidise the Indian digital operations. That subsidy cannot be matched by a digital platform that is homegrown in the beginning. Therefore it becomes very hard for that equation to really work as you cannot match that subsidy.

Today, the Indian consumer base is a lot more savvy and spending digitally. If they start investing today, India-generated apps can actually function well. The skilled workforce is clearly there in India, we needed a level playing field, and such a level playing window is now available.

IBT: But does that mean that monetizing India’s app ecosystem will remain tough for players even in the foreseeable future?

Naveen Tewari: Monetising the Indian app ecosystem was difficult to do so five years ago, while it is slightly better now. In India if you see over the past five years, all investments have happened in the online-to-offline space – in areas like delivery, food delivery, e-commerce, etc. India doesn’t really have a digital only company. In these sectors, the digital component has a physical component also.

In China, you have leaders like Tencent, Baidu and Bytedance, while in US, you have Google, Facebook, Twitter and Snapchat. These are digital only companies. But we see ourselves building a very large digital ecosystem now and Glance and Roposo are two large platforms we already own. Glance is at 100 million Daily Active Users (DAU) and Roposo at 75 million users. We are among the top three platforms in India after Facebook and Google. So we clearly see ourselves creating the digital ecosystem in India just like Jio.

IBT: How are you looking at the demand scenario post-COVID, especially since digital has become much more prominent? On the other hand, what risks does the depressed economic scenario and the reduced spending power present?

Naveen Tewari: There could not have been a bigger force than COVID-19 for people to move to digital. I think it is going to stay that way for a while. I think that digital companies have an opportunity across sectors from entertainment to gaming to news to advertising to education to health – basically any kind of consumption. For any sector today, you are saying it won’t work without a digital solution. Travel has reduced drastically as well. India has a high population density and social distancing is tough to do, so digital is even more important.

Spending power will come down, which is a more significant concern with respect to 500 million workers in the country. But this would also shift the economy a lot more in favour of digital. So actually this is the most opportune time to build an app right now.

Please let me know if you’re looking for
a writer for your blog. You have some really
great articles and I feel I would be a good asset.
If you ever want to take some of the load off, I’d
really like to write some articles for your blog in exchange for a link back to mine.
Please shoot me an e-mail if interested. Cheers!