India has consistently expressed interest in forming a trade relationship with Uzbekistan. This engagement can lead to mutually beneficial gains. It can serve as a solid foundation for the development and strengthening of bilateral cooperation in the political, economic, cultural and humanitarian spheres. 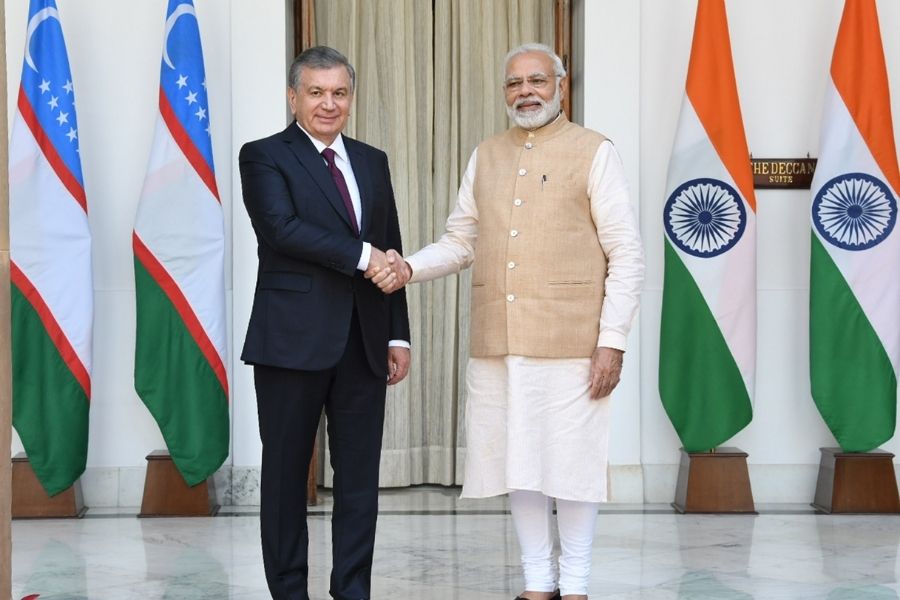 India has consistently expressed an interest in forming a trade relationship with Uzbekistan since May 1993, when the Agreement on Trade and Economic Cooperation between the two countries was concluded. This agreement further paved the way for a reciprocal MFN treatment and the development of commercial, industrial, scientific, and technological cooperation. It also led to the active involvement of small and medium-sized businesses in bilateral economic cooperation.

India-Uzbekistan partnership is strategic for India. Uzbekistan has vast deposits of coal, plutonium, and gold. It is also one of the world’s largest uranium exporters; and can play a critical role in India’s attempt to acquire nuclear fuel to establish a strategic uranium reserve. Further, the cotton industry in Uzbekistan, as well as its abundant natural resources such as gold and natural gas, provide appealing prospects for Indian investors. In this regard, the government of Uzbekistan’s economic policy prioritizes attracting private investments by improving its market environment, privatization, and international trade liberalisation.

The majority of Uzbekistan’s exports to India are fruits and vegetables, utilities, fertilizers, juice products and extracts, and lubricants. Further, on April 1, 2017, an e-Visa program for Uzbek nationals was implemented. The Uzbek government has also made e-Visa available to Indian tourists.

Uzbekistan has also emerged as a major source of medical tourism, with approximately 8,000 Uzbeks receiving medical care in India each year. With approximately 40,000 tourists having visited Uzbekistan, India has also emerged as an increasing source of tourists. There are several steps being taken in the fields of solar energy, civil aviation, agriculture, etc in order to promote relations.

Uzbekistan is the ideal candidate for benefiting from India’s cooperation. Pharmaceutical goods  (US$ 79.4 mn), mechanical machinery (US$ 64.1 mn), tanning or dyeing extracts(US$ 6.6 mn), optical instruments and equipment (US$ 5.4 mn) are among India’s exports to Uzbekistan.

Table I: India’s trade with Uzbekistan.

Investment by Indian companies in pharma as well as medical care sectors has been a major focus for the Uzbek side.  Notably, Indian organizations such as iCreate are closely collaborating with Uzbek counterparts to promote the start-up ecosystem in Uzbekistan and to train entrepreneurs in the establishment of incubators. Dev IT, an Indian company, has entered into bilateral collaboration with budding Uzbek partners in field research, inventions, start-ups, and developments.

GMR, an Indian conglomerate, has expressed an interest in investing in airports, developing an air corridor, and developing the Navoi cargo complex in Uzbekistan; KDAH (Ambani Hospital) from Mumbai has expressed interest in establishing a specialty hospital. There are certain favourable conditions for Indian firms to invest in Uzbekistan, including the Special Economic Zones and free pharmaceutical zones. Despite several initiatives, bilateral trade is approximately US$ 355 million, which is well below capacity.

As per figures provided by the Uzbek Ministry of Investment and Foreign Trade, Uzbekistan’s bilateral trade with India during the six years is as follows:

From the table II it is evident that import from India has increased since 2014 to 2019 but export to India from Uzbekistan has declined. In order to strengthen bilateral relations with Uzbekistan, India has asked the Central Asian nation to lower tariffs on a variety of goods, simplify customs procedures, and relax visa requirements. Non-tariff barriers such as import quotas, licenses, price and foreign exchange regulation, complicated customs and regulatory processes, and harsh sanitary standards have hampered inter-regional trade. It is necessary to agree on customs duties and phytosanitary issues and need to remove restrictions on their supply to Indian markets. Trade potential can only be realised if the barriers, tariff as well as non-tariff, are addressed by both countries.

Regional connectivity is essential to promote trade and have sustainable development. Therefore, Uzbekistan has agreed to be a part of International North South Transport Corridor (INSTC), which will facilitate import-export between India and Uzbekistan. The INSTC is a 7,200-km-long multi-modal network of ship, rail and road routes for moving freight between India, Iran, Afghanistan, Armenia, Azerbaijan, Russia, Central Asia and Europe. The concentration is also on expanding the air corridors.

For strengthening the ties, the Indian side announced that a US$ 448 million line of credit has been approved for four infrastructure projects in Uzbekistan in the fields of road construction, sewerage disposal, and information technology. In 2018, India announced a US$ 1 billion credit line to Uzbekistan. The establishment of a joint Business Council headed by private industry would eventually aid in the development and enhancement of business ties between India and Uzbekistan at all levels. Increased convergence between the two countries is mutually beneficial, and it has the potential to reach new heights in the coming years.

Wow. So well drafted. Will be usefull in my research and academics