Rohit Singh, Director at UK-India Business Council, feels that UK businesses’ willingness to embrace the AatmaNirbhar Bharat initiative demonstrates a strong commitment to India. At the same time, he also shares his views on how India can be a more attractive destination for UK-based companies. 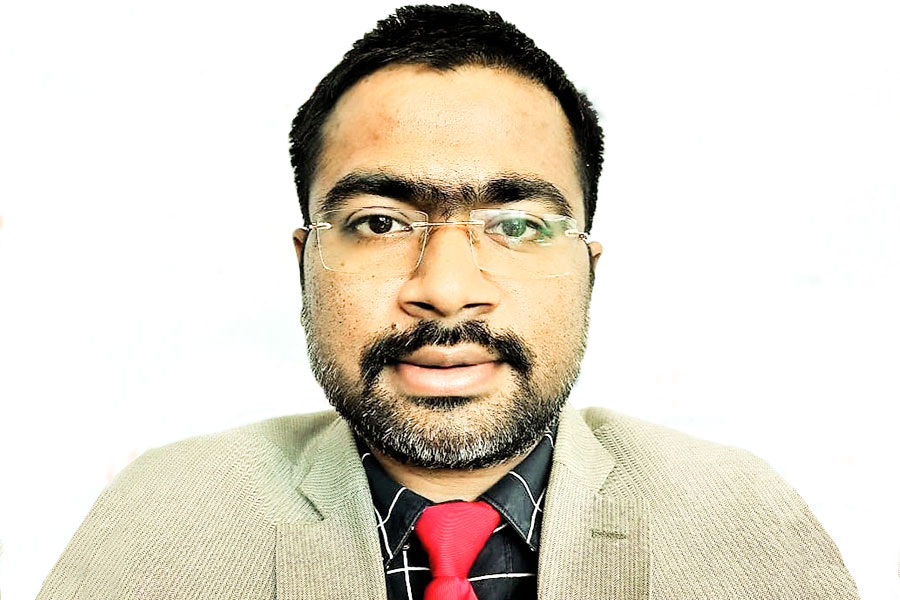 The bilateral relationship (both diplomatic and economic) between India and UK has never been better. Both countries are among the top investors in each other. Bilateral trade reached a height of GBP 23.3 billion in the year 2019, just before the pandemic hit, and our countries cooperated on vaccines and other important resources throughout the pandemic. Over the last decade or so, both Governments have increased the intensity of their engagement, with a notable step up in the last 18 months.

After its exit from the European Union in January 2021, the UK acts as an independent member of the World Trade Organisation (WTO). As a result, the UK is free to negotiate Free Trade Agreements (FTAs) with other WTO member nations bilaterally. As the world’s geopolitical and economic centre of gravity is moving east, the UK Government has, in its own words, given its foreign policy an “Indo-Pacific tilt” in this post Brexit era.

Prime Minister Johnson and Prime Minister Modi set out key details of the Enhanced Trade Partnership (ETP) at a virtual PM-PM summit on 4th May 2021, alongside a 2030 roadmap and intent to negotiate a UK-India Free Trade Agreement (FTA). The ETP aims to double the annual trade between the UK and India by 2030, by removing barriers for businesses across a range of sectors.

The trade and investment relationship also forms one of five pillars of the 2030 roadmap, which covers climate action, defence and security, healthcare, and the people-to-people relationship. Thus, apart from overcoming the immediate challenge of the pandemic, the collaboration extends to building a long-term partnership that creates jobs and prosperity, tackles medium and long-term health care challenges, addresses climate change, and enhances the national security of both countries.

This potential future FTA is going to have a long-lasting positive impact and is expected to enhance economic growth and prosperity in both countries by increasing import and export flows; investment flows (both outward and inward); enhancing productivity through a more efficient allocation of resources and greater openness to international competition. India and the UK are already the fifth and sixth largest economies in the world. Both are leading democracies, and their industrial strengths are complimentary. Together, they can be even stronger.

India is, overall, an attractive market for UK companies. That’s evident in the 600 UK businesses already present in India, employing almost 800,000 people, representing 1 in 20 jobs in India’s organised private sector. India is set to grow the fastest among the major economies in coming years, eventually becoming the world’s third-biggest economy and third-biggest consumer market by 2030. Investments from the UK, thus, are expected to grow across a whole range of sectors, particularly those tech- and IP-rich sectors, where the UK excels.

Ultimately, stable, transparent, and predictive policies are key that investors look forward while investing in any country. We are seeing a positive development in this direction. Finance Minister Nirmala Sitharaman on August 5 tabled the Taxation Laws Amendment Bill in Lok Sabha, which seeks to withdraw the contentious retrospective tax more than nine years after it came into force.

In India, both central and states government have important roles to play in enacting strategic policy reforms. Land is a state subject and labour is a shared topic. Investors look for a close cooperation and alignment of Centre vs States towards key policies implementation, which gives them a confidence in investing in India.

International manufacturers are also increasingly making location decisions based on quality rather than cost. Thus, supply chain trade is becoming more knowledge-intensive, with increasing value in IP, R&D, and brands. With future investments likely to be tech-rich and, indeed, digitally driven, India can gain a competitive advantage through innovator-friendly intellectual property policy and enforcement regime.

In a recent UKIBC Report ‘Road to a UK-India Free Trade Agreement: Enhancing the Partnership and achieving Self-Reliance’, one of five recommendations that we at the UKIBC make is that India should increase its efforts to expand trade and investment collaboration in Asia so that it can benefit from increasingly friction-free trade across the region, particularly with ASEAN, which is a region increasingly rich in consumers and manufacturers. By giving global manufacturers improved access to the whole of Asia, India will become an even stronger magnet for investors.

In the service industry, data flow is key – the current Data regulation frameworks (Personal Data Protection Bill, 2019), requires localisation and restriction on cross-border data flow. Limitations on data transfers, and requirements to store data in particular locations do not necessarily advance data protection goals. Rather, they may negatively affect companies’ operations and increase the costs of providing services in India. Multinational businesses benefit from, and ultimately need, the ability to move non-personal and personal data cross-border to promote technological advancements, investment, and innovation.

In our engagements, UK businesses tell us they want greater clarity around data regulation requirements and ultimately want to see guidelines that balance national security, privacy and encouraging innovation. Clarity will also be required if IP-protected content will be excluded from the scope of the data regulation framework.

Another major challenge is around the tax parity. Particularly in the banking and insurance industry, differential tax treatment (43% for foreign (re)insurers/banks vs 25% for domestic (re)insurers/ banks) serves as a major disincentive for UK businesses in India. Globally, the general practice is to have tax rate parity across all companies who are operating within the same industry, and we would recommend that India implements the same.

The UK India Business Council is supporting the Department for International Trade of the UK Government, in their pre-FTA consultation, giving business (from around the UK and from all sectors) the opportunity to share their feedback and recommendations on doing business with India, ahead of FTA negotiations expected to begin later this year. The feedback that the council is receiving from the businesses are all encouraging and in a positive direction towards improving bilateral trade, investment, and collaborations.

Apart from some of the areas that I indicated above around IP protection, data regulations and tax parity, UK businesses would also like to see India adopt (and co-develop) international standards. Mutual recognition of qualifications within higher education is also an area of interest, such as UK master’s degrees not recognised in India due to UK 1-year versus Indian 2-year courses. Acceptability and recognition of professional qualifications such as accountancy, architect, and legal services in India is also a long standing ask from the UK professional services sector.

Another long-standing issue is high duties of 150% on alcoholic beverage products imported into India. Import tariffs on consumer food products range from 0 to 150%. This deters investment in Indian manufacturing and bottling facilities and limits the choice available to Indian consumers. Numerous studies have found that enabling tariff reduction is in the mutual economic interest of both countries and will support India’s image as an economy open for two-way trade. Businesses advocate for interim reduction of duties (namely a reduction to 50% over next 1-2 years then to 30%). This would be a win-win for both the sides as many domestic companies in India use imported bulk spirits to make Indian made liquor, which is widely sold in India.

According to the findings of the UK India Business Council’s 6th Annual Survey on Doing Business in India, 77% of UK companies surveyed believe that the AtmaNirbhar Bharat campaign is an “opportunity” rather than a challenge to doing business in India. The willingness of UK businesses to embrace the AtmaNirbhar Bharat initiative – which received contentious reception in its early stages in 2020 – demonstrates a strong commitment to India.

The positive results are based on the fact that UK companies are already deeply integrated in the Indian economy and support India’s self-reliant mission. India has been an important manufacturing base for UK companies for decades. Rolls Royce, BAE Systems, GSK and JCB are just a few examples of UK businesses that have long been making in India. Perkins Engines is a more recent example.

I strongly believe that India stands ready to continue its rise as a global leader and develop to the benefit of the Indian population. It has been positive to hear Government officials reaffirm India’s commitment to global integration. The UK-India ETP, and potential future FTA, presents an opportunity to ensure that preferential negotiations look to carve-out UK businesses from any restrictive measures. The UK and India share great economic complementarity, which can bring both economies to the next level and support both the ‘self-reliant India’ mission and the ‘build back better’ mission of the UK, and this FTA could play a pivotal role in achieving this.