The India-UAE trade agreement is expected to boost agri exports by US$ 850 million in over five years. But there is much more that India can explore with the UAE beyond trade, considering the latter’s grand vision, well-targeted initiatives for food security globally and their growing partnership in food and agritech industries. 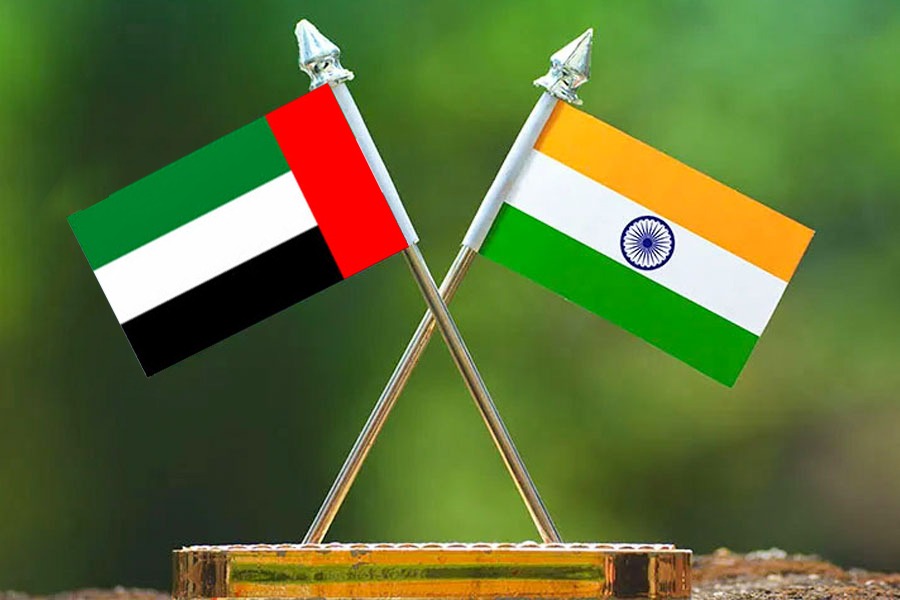 After an initially mixed experience with free trade agreements, followed by a long hiatus (where the major highlight was India’s withdrawal from the RCEP after intense and protracted negotiations), India has renewed efforts to enhance its international trade engagements. In line with the 80-20 Pareto principle, the government clearly emphasised that India will strike agreements with trade partners where it sees strong complementarities and synergies, which could actually bolster its exports – the list includes partners like US, EU, GCC, Canada, Israel and Australia. These trade agreements are expected to have a critical bearing on India’s objective to register US$ 1 trillion each in exports of merchandise and services by 2030.

Out of these, the India-UAE Comprehensive Economic Partnership Agreement or CEPA has emerged as the first trade agreement signed by India with a major trading partner over the past decade after Japan in 2011. Finalised in a record 88 days, the deal has set a huge target of raising non-oil trade between India and the UAE to US$ 100 billion in five years from US$ 45 billion in 2021.

India and the UAE have enjoyed strong relations, built over at least a millennium of religious cultural and economic engagement. When we cut to the present, besides shared geo-political outlooks, the UAE’s vision for a diversified knowledge-based 21st century economy finds strong compatibility with India’s trust to achieve its phenomenal and well-recognized economic potential. The past few years have seen intensified India-UAE engagement at all levels.

The UAE is India’s third largest trading partner with bilateral trade of US$ 59.1 billion in 2019-20, which declined to US$ 43.3 billion in 2020-21. Moreover, this agreement is expected to lay a strong foundation to the talks for a broader dialogue between India and the Gulf Cooperation Council, thereby opening the gateway to MENA and Europe.

Source: DoC, Figures in US$ million

India’s F&B exports to UAE were estimated at US$ 1.72 billion in 2020 and imports were at US$ 363 million. However, exports have remained static over the past decade. They stood at US$ 1.99 billion in 2011, and reached a peak of US$ 2.02 billion in 2013. Also, as shown in Table 2, India’s share in UAE’s F&B imports has been falling, while that of other exporters like US, Brazil and Canada has been rising.

Is the deal actually well placed to be a grand game changer in India-UAE relations? There are various factors that would play a part depending on sector to sector – the extent of trade liberalisation achieved under the agreement, actual barriers on the ground as well as India’s current levels of trade and market opportunities in the UAE.

According to recent reports, the UAE is offering tariff reduction on 97% of its tariff lines, which correspond to 99% of India’s exports in value terms. Additional agri exports are projected at US$ 850 million in over 5 years.

One important factor which we must not overlook, however, is the UAE’s own vision and action plan for its economic transformation. In this article, we closely examine the agri and food processing sector to illustrate this point. Moving beyond trade to food security

The F&B sector is obviously relevant to India as a leading agri producer, as well as the UAE, which considers agriculture and food security as critical pre-requisites of development. The country’s founding father Shaikh Zayed Bin Sultan Al Nahyan had once said:

“Give me agriculture and I will give you civilization.”

To realise the true potential of India-UAE in the F&B industry, we need to look deeper beyond the trade agreement. In that context, it is relevant to look at the UAE’s National Food Security Strategy, wherein it aims to achieve zero hunger by ensuring access to safe, nutritious and sufficient food all year round throughout the world.

This strategy is quite meticulously developed. It defines the elements of the national food basket, and has defined 38 short-term and long-term initiatives. It has defined strategic goals in areas like domestic consumption; export opportunities, current and projected production capacities, processing and nutritional needs. They are moving quickly with initiatives like construction of a US$ 1.5 billion food park and a 550 million square feet Dubai wholesale city. From a ranking of 51 in 2019, UAE wants to move to a ranking of 1 in 2051, and they have already jumped to 21 in 2021. Mr Suresh Kumar, Chairman, India Business & Professional Council, Dubai, comments during a discussion with TPCI:

“UAE is investing heavily in research on food tech. They’ve realised, for instance, that vertical farming  reduces water consumption by 95%, a staggering number to contemplate. So vertical farming, smart farming aeroponics, hydroponics, use of artificial intelligence, internet of things, automated farm machineries, soil humidity sensors, crop tracking drones, all of this in the last three years has resulted in a 53% increase in output.”

In 2015 the UAE and India entered into a strategic partnership agreement. It covered a number of sectors, trade investments, maritime security, alternate energy food and food processing agri-processing. UAE also announced a US$ 75 billion infrastructure fund for India. Sovereign wealth funds of the emirates are focusing heavily on the food processing and agritech. The UAE India food corridor is slated to attract investments of US$ 7 billion, mainly in India’s mega food parks, farming logistics, warehousing and fruit & vegetable hubs. Dr Aman Puri, Consul General of India in Dubai, comments:

“When we talk about the food corridor, we understand that the COVID 19 pandemic impacted the pace of execution of these projects in the last 18 months or so. But going forward, we must do our best to make sure that we realize this opportunity. There is an investible surplus; both governments are committed and so are the other stakeholders. So we need to identify such clear investable projects in different parts of India and the irritants and bottlenecks to be identified and addressed, both by the public and the private sector.”

For Indian companies, there are a lot of incentives being created for last mile production, warehousing, storage on the ground in the UAE, according to Mr Suresh Kumar. This can be a lucrative long-term proposition for Indian F&B companies and the Indian F&B sector, as the UAE can act as an excellent base to expand further into the MENA region.

The two nations made a resolve to treble their bilateral trade volume in food and agritech sectors in the next five years. India wants to work very closely with the UAE as a reliable partner in food security. This recent recognition of mutual complementarities in the F&B sector raises hopes that the sector could receive a much needed push. And the vision has to clearly go well beyond the existing trade patterns to new paradigms in agritech and foodtech through a ramp up in bilateral investments and collaboration between two traditional and strong partners.

Enquiry for India-UAE trade agreement and the F&B sector