Mr Rahul Mehta, President, Clothing Manufacturers Association of India and MD, Creative Lifestyles Pvt Ltd, is widely acknowledged as one of the leaders of the Indian apparel industry. He has been actively steering various prestigious apparel organizations such as International Apparel Federation and Apparel Export Promotion Council.

Creative Lifestyles Pvt Ltd launched 109oF in October 2006 and is one of the leading brands in women’s western wear category in India. It is also popular in countries such as Australia, UAE, Kuwait, Saudi Arabia, Iraq, Ecuador, Sri Lanka and Nepal. In this exclusive interaction with TPCI, he talks about the current scenario of the Indian apparel sector due to rising imports as well as future opportunities and challenges for the industry. 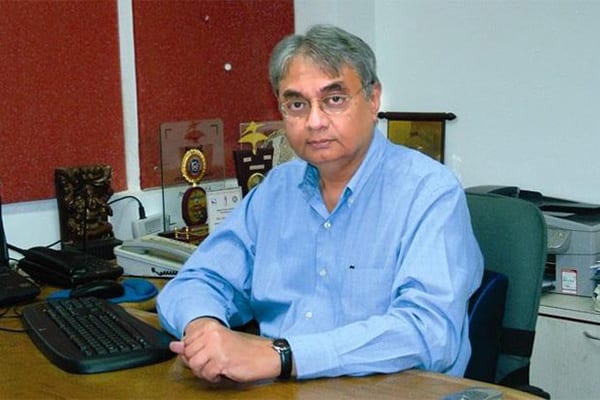 Q. A recent report collated by the Clothing Manufacturers Association of India (CMAI) has depicted an increase in garment imports by 47% and a 5% decrease in exports during April 2018-February 2019. One key factor is the rise in imports from Bangladesh. What are the major factors prompting retailers in India to opt for imported garments?

Rahul Mehta (RM): While it is true that there has been an overall decline in India’s garment exports for the period April’19-February’19, apparel exports started picking up since October last year. Coming to the rise in imports of garments made in Bangladesh, there are a number of reasons for this development:

• Before the implementation of the GST regime, Indian importers had to pay a countervailing duty of about 5-7%, which drove up the costs of these garments. With the GST having subsumed this duty, apparel from Bangladesh has become cheaper for the Indian importers by 5-7%.
• Bangladesh has the advantage of having lower minimum wages (about 60-70% of those in India). This has the effect of reducing the cost of production and making clothing cheaper.
• Another factor, which makes Bangladesh competitive is the fact that it enjoys the import of duty free fabrics & garments from China. The availability of cheaper fabric, too, brings down the manufacturing costs.
• Lastly, India has a lot of smaller production units and factories owing to the high cost of spaces and the tendency to prevent unionism. As a result, big retailers like Reliance and Aditya Birla cannot place bulk orders conveniently. For instance, if they want to procure 100,000 pieces, they’ll have to source them from 10-15 Indian garment producers, whereas they can procure the same easily in Bangladesh by placing the order to 1-2 firms.

Having said that, there’s one thing that needs to be noted about the current development – that while this trend is worrying indeed, it is certainly not a situation to panic about. This is due to the fact that the total amount of imports (about US$ 1 billion) is not very significant when one looks at the country’s total consumption. However, if left unchecked, this development could create severe problems in the future.

Q. How do you view the competitiveness of Indian apparel exports in the current international scenario vis-à-vis competitors like Vietnam?
RM: The fact that Vietnam is not a cheap production source and is geographically a small nation creates limits on its growth & expansion in comparison to India. However, the fact that it has attracted huge investments, technology and skills training from China, has certainly created a beneficial scenario for Vietnam. With the right kind of policies and initiatives, India is sure to do well and grow more than Vietnam.

Q. What are the key markets where Indian exporters have successfully penetrated in the past, and new markets you are trying to explore?
RM: US & EU together comprise the top markets for Indian apparel exporters (65%). There’s also a lot of potential that can be tapped in Japan, Australia, South America & Middle East. However, there’s one bottleneck that needs to be taken into account – India only specializes in the production of low to mid-range cotton casual wear. It is peculiar by its absence when it comes to formal wear, sportswear, outdoor wear and winter wear. India needs to explore these areas if it aspires to increase its garment exports beyond 5-10%.

Q. How can Indian apparel exporters successfully integrate with global value chains, and what has been the progress so far in this regard?
RM: Like I said, India needs to diversify its product basket. It also needs to pay attention to compliance and sustainability-related issues and make sure that its manufacturing practices fall within the gamut of accepted social & legal regulations.

Q. How have FTAs/PTAs signed so far helped Indian garment exporters? Which are the major FTAs/PTAs you are eying in the coming future, and concerns on these, if any?
RM: They have not really helped us because India has trade agreements with countries, which were in a better position to export garments to us than import from us. Ten years back, the agreement with EU could have been a game changer for India; but it did not materialize as expected.

Q. Any major export benefits you perceive from the on-going US-China trade war?
RM: India could fill the void created by China in the US market. However, US could treat India in the future like it is treating China in the wake of its protectionist measures. But the silver lining is that at present, the confrontation between India-US is not as serious as the one between US-China.

Enquiry for “India needs to diversify its apparel basket”