Prof. Pravakar Sahoo, Institute of Economic Growth, is confident that India is well placed to attract foreign firms moving out of China because it offers best alternative in terms of depth and size of the markets, and factor endowments. However, there is a need to undertake measures in terms of infrastructure, trade facilitation, IPR regime, decentralized decision making, SEZs, and most importantly land and labour reforms. 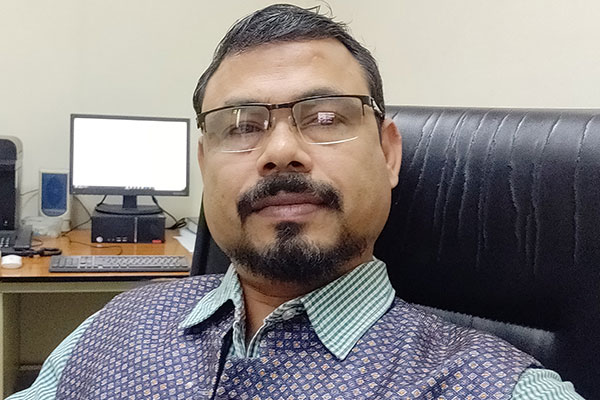 TPCI: All over the world, coronavirus has instilled an understanding that there is a need to diversify supply chains and therefore, the plans of all the major investors to exit China are in full swing. How can India emerge as the world’s new factory and a global production hub?

Prof. Pravakar Sahoo (PS): Given the centrality of the China to Global Value Chain (GVC) particularly in manufacturing, the origin of Corona pandemic and subsequent lockdown in China have given a severe setback to and created uncertainty in supply chains across countries.

There has been a rise in uncertainty for quite some time among foreign firms based in China due to US-China tariff wars and geo-political differences between China and other major countries. The latest being the lack of trust on China in handling Corona outbreak. The COVID-19 outbreak in China not only disrupted the supply chain of foreign firms, but it is going to be the point of difference between China and rest of the world, creating ambiguity for trade and investment, especially for firms investing in China. Therefore, foreign companies, which heavily depend on China are looking to diversify the risk to their supply chain. Moreover, they are now dealing with higher cost of production, higher wages, stricter environmental norms etc. in China.

India is a young and aspirational country with more than 900 million working age population (India’s average is 27 vs 37 of China). It is also one of the five largest economies in the world. Therefore, India offers the best alternative in terms of depth and size of the markets, and also factor endowments. In recent years there are many proactive reforms to improve business environment and facilitate investment, which resulted in India climbing up by 70 places in World Banks’s Ease of Doing Business and 30 places in world competitive index in last three years. So, India is well placed to attract foreign firms moving out of China and looking for an alternative.

TPCI: In a bid to capitalise on this opportunity, Japan has already started taking steps to become an attractive investment destination. Besides Japan, which other countries can give India a tough competition in this regard and why?

PS: Yes, Japan has announced a US$ 2 billon incentive to partially compensate the cost of shifting by Japanese firms from China to Japan. It also announced incentive to facilitate Japanese firms moving out of China to other countries. The intention is to move out of China so that the firms can diversify risk and have a stable supply chain. However, the Japanese market is saturated and the cost of production in Japan is high with ageing population. Therefore, I don’t think Japan is a competitor to India in many sectors.

However, countries like Vietnam, Thailand, Philippines, Mexico, Bangladesh are competitors and they very aggressive with their policies to attract FDI firms. In fact, Vietnam and Bangladesh are giving tough competition to India in attracting labour intensive manufacturing for some time. Some of the Southeast Asian countries are already attracting investment in services sectors and giving competition to India. Vietnam has been the first choice for a while now, reason being the free trade with end-market countries including the 28 nations of the EU, Australia, Canada, Japan, Mexico, New Zealand and Singapore. Some of these countries competing with India have cheap labour, including skilled workers working at a lower wage compared to China. Along with that, a developed infrastructure and cheap utilities in these countries tend to provide a better business model, at least in certain sectors, to foreign firms. In the case of Bangladesh, we see a lot of brands migrating to Bangladesh given the ideal host conditions of well-trained workforce with favorable labour laws along imported new, expensive machinery and equipment. They have even developed the laser technology you need to create high-quality jeans.

TPCI: What are the major industries that the government should concentrate on in order to make the most profitable business deals and international collaborations?

PS: As I mentioned earlier, India is a big and growing economy with 1.35 billion population. India has a huge and young labour force to support labour intensive manufacturing. According to a UNDP report, India will have 1.1 billion working age population with rising urbanization and middle class populating by 2050 creating huge domestic market. Therefore, India has its stage set to attract both market seeking and resource seeking FDI. Moreover, Government of India has been aggressive in carrying out market reforms for a better business environment for investors.

To stabilize and revive, the GoI has announced aggressive fiscal and monetary measures – stimulus package of Rs. 1.7 lakh crore in March, then liquidity measures by RBI and now the stimulus package of Rs 12 lakh crores. The focus of the package has been on labourers, farmers, tax payers, MSME, cottage industries etc. The economic package also includes sectors such as agriculture, taxation, infrastructure, human resource and the financial system, which would attract investment and revive demand in the economy. Moreover, the package focused on labour, liquidity and laws along with wide ranging reforms to give a boost to the economy. It is quite possible that Indian economy may have a vertical (V-shape) recovery. In that case India will be a big market for these firms.

Coming to sectors, there are opportunities in all 25 leading sectors which are chosen by GoI for the flagship Make in India program. Some of the sectors where government is focusing and right so to attract foreign firms are electrical, pharmaceuticals, medical devices, electronics, heavy engineering, solar equipment, food processing, chemicals and textiles. GoI has asked embassies abroad to identify companies scouting for options. In fact, Invest India has received enquiries from South Korea, Japan, US and China to invest in India. The four countries are among India’s top 12 trading partners, accounting for total bilateral trade of US$ 179.27 billion. The foreign direct investments by the four nations between April 2000 and December 2019 stand at over US$ 68 billion.

TPCI: Over decades, China became the world’s factory, manufacturing everything from stationery and toys to electronics and APIs. What are some of the things that India can imbibe from China’s experience in order to become its newest replacement?

PS: Over the last three decades and more so in recent years, there are many proactive reforms to facilitate foreign investors, but we have to go a long way to match China. We need to work on infrastructure, trade facilitation, IPR regime, decentralized decision making, SEZs, and most importantly land and labour reforms.

We also need to have sector specific policies and incentives. For example, the government is thinking about a capital subsidy or fiscal incentive for reviving old pharma units and serve as a healthy breeding ground for an alternative hub for bulk drugs, at a time when China faces quality as well as trust issues. The cabinet has also introduced a Rs 10,000-crore incentive-based scheme to boost domestic manufacturing of APIs — key raw materials for drug manufacturers — by setting up bulk drug parks. Industry insiders have said reviving old units is the only solution to boost production in the short term.

Further, API entrepreneurs can be leveraged in terms of incentives like capex, capital subsidy, with interest-free EMI and moratoriums wherever necessary. There is no dearth of talent, entrepreneurial spirit, technology, automation and other ingredients for manufacturing APIs, including intermediates, in India. Therefore, with the right first-mover advantage India could replace China by imbibing such strategies and become the newest replacement.

PS: We have to be part of the Global Value Chain which demands competitive cost of production, timely delivery and certainty. Therefore, we need to create a conducive and favourable business environment that enables foreign firms to manufacture at a competitive cost and use abundant resources like manpower. Infrastructure development including trade facilitation is a must to reduce trade and transaction costs and improve business competitiveness. Government should augment the work on infrastructure, logistics and trade facilitation, which reduces trade and transaction cost, which is crucial for FDI firms. The need of the hour is also to redesign and revamp SEZs and EPZs policy for better performance. We need factor market reforms such as rationalising punitive land acquisition clauses and multiple labour laws, both at centre and State level. Though the reforms are very progressive at central government, things are different at the level of state government and at lower bureaucracy. It’s time to train and bring about reforms at lower bureaucracy level.