“India has made inspiring progress in wind energy”

Mr. S. Venkatachalam, MD & CEO, Orient Green Power Limited tells TPCI that India has great potential to grow renewable energy with an accommodating topography, abundant talent, prospects of rising demand and several key components of the ecosystem in place. This is an opportunity that needs to be grabbed by ensuring robust co-ordination between industry, regulators, customers (discoms) and investors. 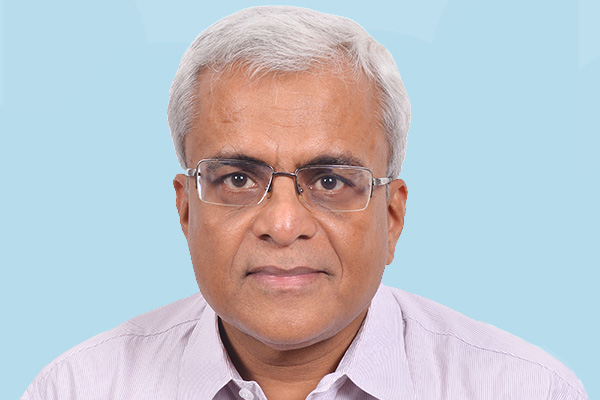 TPCI: What, according to you, are the major challenges faced by the wind energy sector in India? How has Covid-19 impacted it?

S. Venkatachalam (SV): The challenges that the renewable energy industry presently is grappling with are largely structural in nature. The industry is still evolving and hence there are learnings taking place as it grows, which are contributing to its dynamic shape and structure.

One of the major challenges is the policy uncertainty. Since the regulator, too, is charting the course for the industry, there have been periodic amendments to policies. These changes, when implemented either prospectively or retrospectively have a bearing on the future cash flows and progress of each project, which in turn impacts the acceptable rate of return, ability to service debt, ability to reinvest for growth and most importantly preservation of capital and solvency.

The next challenge is the high cost of capital, given that RE projects are generally long gestation projects, which provide additional returns on social and environmental parameters. Thus, a concessional cost of capital would enhance the ecosystem for such projects. We also find that enforcement of contracts is a significant challenge resulting in payment delays, which severely dent RE generation companies operationally. Agreed-to tariffs under long-term contracts are not honoured, which is fundamental constraint for any industry to operate within.

The recent development of the COVID-19 pandemic has hit demand for power and the wind industry will now have to fight against supply from solar, thermal and other sources to ensure that the power that will be generated is evacuated optimally. Expansion plans have been hit as under-construction projects are frozen and even availability of parts is impacted. Several customers are opting for ‘Force Majeure’ clauses in supply contracts, which will impact the revenue generation of the wind industry. Lastly, the collection of dues from debtors has been further delayed, which is exacerbating the already fragile financial position of most renewable energy companies.

India has great potential to grow renewable energy with an accommodating topography, abundant talent, prospects of rising demand and several key components of the ecosystem in place. This is an opportunity that needs to be grabbed by ensuring robust co-ordination between industry, regulators, customers (discoms) and investors.

TPCI: What lessons can India learn from its counterparts in the wind energy sector in order to become a global wind energy leader?

SV: India is already ranked as one of the leading nations in wind energy. Its progress over the last decade or so has been truly remarkable and inspiring. Nonetheless, there is scope for improvement, which can further its progress in this sector. The Government should work towards ensuring timely payment by state owned discoms, reduce the bureaucratic maze – faster approvals and allotments and lastly ensure better coordination between centre and state, lowering confusion and uncertainties. I believe the above measures which go a long way towards revitalizing the growth in the sector.

Further, few of the Indian states can also draw lessons from the state of South Australia in terms of transitioning its electricity sector to low-cost renewables. The state produced ~55% of its total power generation from variable renewable sources during 2019. Onshore wind and solar (both utility scale and rooftop) represented 49% of total installed electricity capacity and battery storage accounted for another 2%.

The Australian transmission regulator approved a transmission interconnector between the states of South Australia and New South Wales (NSW) recently, wherein the new interstate transmission line will not only improve the energy security of South Australia, which at present is relatively isolated at the end of the long-line national grid with only the state of Victoria to trade electricity with — but will also unlock additional renewable-rich zones in both states. Lastly, concessional financing of renewable energy projects around the globe has contributed to the success of this industry overseas.

TPCI: How can the indigenization of offshore wind energy technology be encouraged?

SV: Offshore wind energy is still at a relatively nascent stage in India and whilst it offers vast potential, harnessing it at scale has a lot of technical and operational challenges. The Government & MNRE has drawn and announced National Offshore Wind Energy Policy, which indicates a political direction towards the future of the offshore wind energy in India and the significant role it would play in the medium and long term energy security of India.

While it does offer significant potential – challenges surrounding high capital cost – foundation and installation cost of the offshore wind projects is much higher compared to onshore wind projects; Higher tariffs – to compensate for higher capital cost and a burdensome clearance process weigh in on the business at present. Going ahead, though, as technology advances, the cost of implementing off-shore wind energy projects should moderate.

At present though, I believe it is prudent for the country to focus on developing the incumbent onshore wind energy and harness its untapped potential. The local suppliers of onshore wind turbines must be encouraged and revived. A robust ecosystem and a multi-year track record of success in onshore will pave the way for offshore to emerge.

TPCI: Recently, it has been reported that global players in the renewable energy sector are planning to move out of China and diversify their supply chain. The Government of India wants to make India a manufacturing hub for renewable energy. In your opinion, what should be done to promote foreign investment in the wind energy infrastructure sector?

SV: I believe that India can emerge as the next global manufacturing hub. It has the requisite skill set, has wide talent pool and is hungry to show its capabilities to the world. It is already home to some of the leading wind turbine manufacturers in the world. Opening up exports for the domestic wind turbine manufacturers who are plagued with low capacity utilisation will ensure that domestic manufacturers are revived and strengthened. Once a small set of robust home-grown players is established, only then can India aspire to create a hub.

India has the demographical advantage as well – with talent pool capable of dealing with mundane to highly advanced task. What the Government can do to attract foreign investment is to firstly create a transparent and a predictable environment. It also needs to demonstrate its intent and commitment by undertaking steps towards strengthening macroeconomic fundamentals and ensuring policy stability.

TPCI: How will business and operations change for wind energy players in the post-lockdown period in your view? What major adaptations will they need to make to sustain themselves in such a scenario?

SV: As I mentioned earlier, the adjustments which the businesses need to undertake in order to firstly survive and then thrive in this sector are largely in response to internal factors. The lockdown in response to Covid-19 is not something which will have a permanent bearing on the sector. Renewable energy, first and foremost is a must for India – the Government as well has been quite vocal about it. What the sector needs is a better ecosystem, a system which respects interest of all the concerned parties. The Government is well aware of the pain points in the system and is undertaking steps towards addressing them – case in point being efforts to ensure better payment cycles from Discoms and whilst the progress may not have been as quick as one might have hoped for, it is nonetheless progressing.

Further, the Government has also helped addressed the grid backdown issue, which till recently was an acute problem for the sector. REC markets as well have been revitalized on the back of stringent reforms – which has been a great plus point for the renewable energy developers. Also, recently the Government decided to remove tariff ceilings from renewable energy tenders, which should help revive the investor sentiments towards the sector. Lastly, there are plans to streamline the industry structure to bring in greater efficiencies. So, all in all the Government is undertaking steps towards addressing the hurdles and create a conducive environment for the business.

S. Venkatachalam has over 3 decades of experience in the areas of Manufacturing, Business Development, Marketing and Profit Center Management. He has significant experience in areas relating to Plastics, Packaging and in Wind Energy at Companies like Tata Steel, ITC, Signode, Sintex and RRB Energy. Prior to joining Orient Green Power, he was Chief Operating Officer in Batliboi EnXco Private Limited, which is a leader in O & M services in the wind industry. He is a B.Tech. from I.I.T. Kanpur and has completed his MBA from IIM Bangalore.

Enquiry for “India has made inspiring progress in wind energy”