India can be the ‘healthcare guru’ in five years

Dr. Girdhar Gyani, Director General, Association of Healthcare Providers (India), discusses the pivotal transitions in India’s healthcare sector over the past five years. He also proposes strategies to bridge the critical demand and supply gaps, which the COVID-19 pandemic brought to the surface. 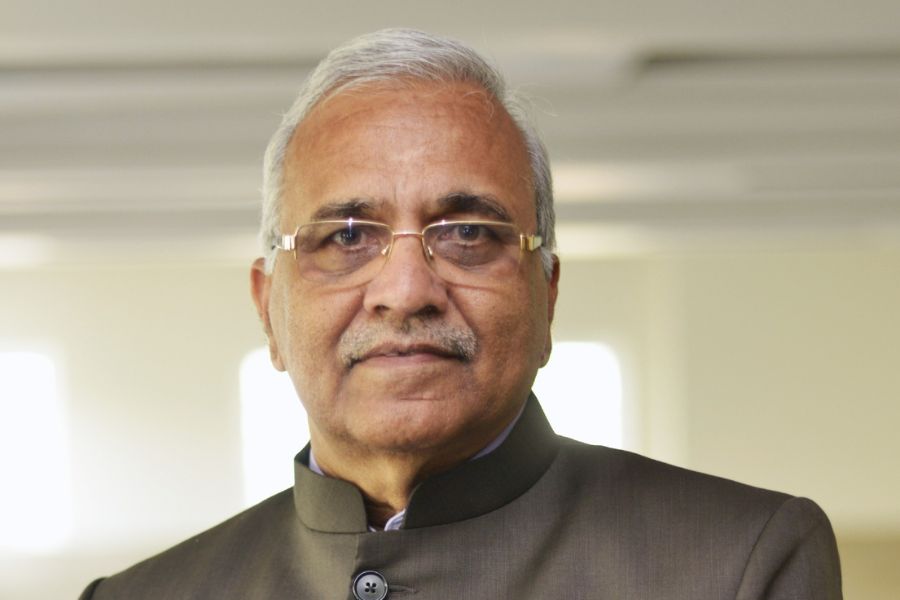 In any democracy, there are four pillars in focus for policy – education, healthcare, per capita income and environment. The UN’s Human Development Index, which is calculated every year, measures average achievement in three dimensions of human development: a long and healthy life, being knowledgeable and having a decent standard of living.

So, we understand very well that healthcare is supposed to be the prime focus for any democracy. India has been working on improving healthcare delivery too, but in the recent past these efforts have been intensified for a number of reasons.

A pivotal phase came up in 2017, when the Government of India came out with a revised health policy and laid the focus on bringing universal health coverage. Universal Health Coverage has got four components – making sure that health care is available to all, accessible, affordable and accountable/acceptable (quality). The policy announcement has been followed up by credible action on the ground. In 2018, the government came up with Ayushman Bharath, under which 50 crore Indians from underprivileged sections are being provided with a coverage of Rs 5 lakh per annum.

From 2019 onwards, the government has increased MBBS seats on the fast track, from 50,000 seats in 2014 to nearly 100,000 MBBS seats today. UP used to be a laggard state but soon will become a forefront state as it has announced to establish a medical college in each district. In the private sector, the number of hospitals may not have increased, but number of beds has increased, thanks to liberal regulation during COVID-19. New investments are the need of the hour for tier two and tier 3 towns and hopefully we shall have tertiary care hospitals in these towns.

While we were moving towards a paradigm shift for healthcare, we came face-to-face with the COVID-19 pandemic. Amidst all the trials, tribulations and tragedies, a level of emergency got created, which left us with a lot of learnings. In terms of availability, we realized that we have a huge shortage of beds, and this wasn’t only true for tier-II/III towns but even in Tier-I and Metro towns. We were forced to create makeshift arrangements in tier 1 cities like Mumbai, Delhi, Hyderabad, etc. Similarly, we realize that we have got a huge shortage of doctors, equipment, medicines, safety kits, etc. So, during the pandemic, these shortages, which were there underneath, came to the surface.

So, the future now is, obviously to bridge the gaps, and all stakeholders are collaborating in this regard. The government is coming forward to take support of the private health sector in very open and transparent manner.

Healthcare must be viewed in integrative mode

No government would like to deprive the community from good health and overall wellness. But at the same time, it will depend upon availability of resources. The average spend globally on health care by various governments is around 9.5% of GDP. A country like the US spends 18% of its GDP on health care, compared to 1.3% for India.

The government has got a limitation of funds, because in a developing country like India, it has to invest in too many other things – communication, building roads, electricity, rations etc.

So, in India, it would make more sense to consider healthcare as a unified ecosystem, rather than classify it into public and private healthcare services. If we go that way, I think we can make wonders. If we can incentivize, the private sector can still come forward through more investment in the healthcare sector.

Before the pandemic, we had 1.3 beds per 1,000 population, while the minimum requirement as per WHO is 3.5 beds per 1,000 population for developing countries. Thanks to COVID, all state governments allowed hospitals to increase beds by 30%. So, we were operating around 1.6 beds per 1,000. Even if we presume that we are now two beds per 1000 so and we have to go up to 3.5 beds, there is so much potential and scope for investment.

On the ground, however, healthcare is not getting many investments from within India. Bulk of the investments in the past five years are coming from overseas. This means that due to the conversion rate, overseas investors still find investment in Indian healthcare as an attractive proposition.

While foreign investment is always welcome, we would like to have more investment coming from within in a sensitive sector like healthcare. If we make a slight correction in the policies, I am sure even Indian investors can come in a big way. In India, we can list around 500 hospitals, which are absolutely and truly world class. If we can project these as India Healthcare Hub and not under individual entities, we can be leading nation for medical tourism.

One of the simple interventions that the government has started working on is to broaden the definition of doctors beyond MBBS. If you aggregate the Ayush doctors and allopathic doctors, we will be surpassing the limit provided by the WHO. But unfortunately, we have still kept the two streams separate, though work on integrating them is going on.

On second thought, the number of MBBS is not important. We need many more specialists or postgraduate doctors. And so, one of the policy interventions which we have asked the government is to increase the PG seats on a drastic basis. The second step is to recognize fellowships. If you do not have specialists, no investment is going to come for tier two and tier three hospitals. If someone want to put in money and open up a hospital in tier three towns, where are the doctors (specialists)?

The second policy intervention is to incentivize the private sector for opening up satellite hospitals in the close vicinity of, say 100 km radius. Doctors from the main hospital can travel to the satellite hospital in times of emergency, and handle routine treatments through telemedicine.

We may be surprised to note that hospitals are given electricity at commercial rates like for cinema halls and shopping malls. This needs to be brought down to industry or domestic rates. There is also a need to create a department which can have single window clearance. A hospital has to run to more than 37 departments for various clearances, which takes over a year at times before starting up of hospital operations.

Yet another incentive could be to provide new investors with soft loans. International Financial Corporation could be approached to provide loan at 6.5-7%. If that kind of money is provided to the private sector, they will be able to set up greenfield hospitals in tier two and tier three towns. The central government needs to also make a push to state governments, which can facilitate land acquisition, as healthcare is a state subject. If these factors are addressed, the private sector is ready to invest in a big way and India could become Global Health Guru.

Dr GIRDHAR GYANI is widely recognised as founder of healthcare quality in India. During his tenure as Secretary General, Quality Council of India, Dr Gyani played pivotal role in formulation and operating of National Accreditation Board for Hospitals and Healthcare Providers (NABH), for the first time in the country. NABH has dramatically changed the healthcare scenario in INDIA, bringing Patient Safety at the centre stage. NABH having achieved global recognition, has emerged as key criteria for evaluation of hospitals for government and private insurance schemes.

He has also equally contributed in developing a national quality framework for Environment, Food Safety, School Education, Vocational Training and Public Services in line with the motto; ‘Quality for National Well Being’. He also developed criteria for quality governance of GRAM PANCHAYAT with aim to take quality at grass root and put it in practice in 104 GPs in the state of Karnataka.

Dr Gyani is currently working as Director General, Association of Healthcare Providers (India). The mission of Association is to build capacity in Indian health system with focus on providing Universal Health Coverage to community at large. Views expressed are  personal.

Enquiry for India can be the ‘healthcare guru’ in five years