The government is taking note of India’s growing cultural tourism sector and doing the needful to help it sustain this improvement. However, the sector still has a lot of untapped potential. If leveraged properly, this can boost the industry’s contribution to India’s GDP & augment employment opportunities in the country. 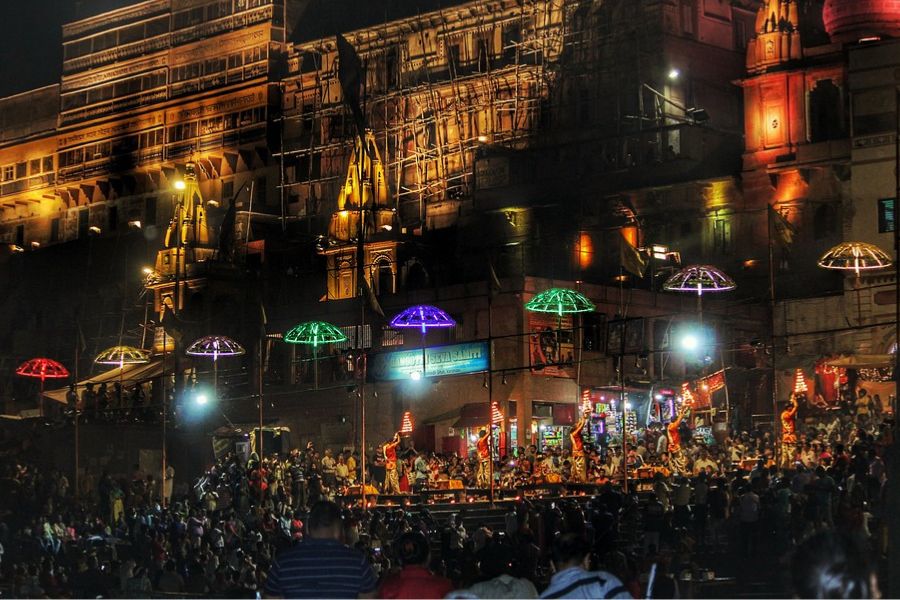 Drawing 1.52 million foreign tourists in 2021, India is one of the most popular tourist destinations in the world. As a result of this, India added around US$8.8 billion in its foreign exchange earnings. Along with that, the domestic tourist movement was about 680 million. In addition to abounding with mesmerizing visual locations, the main reason India is such a tourist hotspot is its diverse culture, owing to the fact that it is one of the oldest civilizations in the world. Consequently, it has 40 UNESCO world heritage sites (32 cultural, 7 natural & 1 mixed). Thus, from caves, rock shelters & churches to cities, forts & tombs, India has a lot to offer to travellers.

What is being done to promote cultural tourism in India?

There are many factors that have been driving growth in the tourism sector. Let’s have a look at them:

To supplement this growth, the Indian hospitality sector has a big role to play. For accommodating and feeding the tourists, the public and private hospitality industries have come up with enough resorts and hotels that serve exemplary traditional and palatable options to foreigners. In addition, food has provided another reason for tourists to visit India. The diverse culinary delights that this country has to offer are almost unparalleled.

ICCR (Indian Council for Cultural Relations), in collaboration with MCT (Ministry of Culture & Tourism), has been promoting Indian culture globally. This is being done through various Indian Cultural Centres, both national and international stages, by organising various activities and events in fields which include Yoga coaching, teaching music, dance and languages like Hindi and Sanskrit.

There are also events like festival celebrations and art exhibitions to promote the culture and diversity of the country. The Ministry of Culture also promotes Indian culture abroad through a Global Engagement Scheme. In this scheme, the Indian festivals are promoted, and different cultural societies abroad are granted several aids, both monetary and infrastructural.

Another initiative taken by the Government of India has been the Swadesh Darshan scheme that was launched by the Indian Tourism Ministry. It helped to develop circuits that are theme based, and they serve both the masses and niche-specific tourism. World-class infrastructure has been created under this scheme to promote the culture and heritage of India. Since 2015, 27 projects amounting to ₹ 2261.50 crores have been sanctioned to 21 states and Union Territories.

The Indian Tourism Ministry has been promoting India as a preferred destination for tourism through a promotional strategy and integrated marketing through global media campaigns. All the tourism offices abroad have been combined together in a synergised manner and have been carrying out all these promotional operations in the top 20 source markets abroad since October 2021. For example, the Indian Government has received proposals for organising events with themes like Spirit of Gujarat in countries with a Gujarati Diaspora. In this event, the culture and history of Gujarat will be at the cynosure.

Another event with a different theme would be the Azadi Ka Amrit Mahotsav, which would be promoted during Independence Day and the Republic Day of India, and it would instil a sense of national pride and highlight how the people played an important role in India’s independence. The International Buddhist Conclave, which is held every 2 years, is another example of this initiative. This conclave showcases the Buddhist Heritage.

In terms of government initiatives, issuing the Tourist e-Visa to a selected few countries is also a positive step in developing tourism in India. The Indian Government has appointed teams to participate in important travel fairs and international tourism exhibitions. In addition, several roadshows have been organised to promote India as a tourist destination.

Besides all these initiatives, the government is also organising training programs and workshops to bring well-trained individuals into this field. The aim here is to offer a better experience.

The Indian Tourism Ministry has increased the ease of doing business and helped to set up Web-based Delivery Systems for the public. It recognises the Trade and Travel Service Providers and has also helped hotels and resorts to classify under a single directory in order to simplify the process of filing business applications for government approval in a transparent way. This has been taken online along with the integration of payment gateways with effect from January 2016.

In February 2016, the Indian Tourism Ministry launched a mobile app called Swachh Paryatan. This allows citizens to report any issues related to hygiene and cleanliness at various national tourist destinations.

The initiatives from the government will be vital going forward to create a sustainable system that will bring new players into the cultural tourism industry while strengthening the old players to better. However, the potential of India’s cultural tourism industry is immense, and there is still a lot to explore. If tapped properly, this sector can augment its contribution to India’s GDP and boost employment opportunities in the country. For this, , other auxiliary sectors like transportation, infrastructure, hotels and hospitality need to be given a stimulus.